Warning: This post contains some spoilers for the new movie Proud Mary

In the opening montage of Proud Mary, Taraji P. Henson’s Mary is getting ready to kill a man. After working out, doing her makeup, donning a bobbed blonde wig, and suiting up, she pulls on a pair of leather driving gloves, the sound editor making sure we hear every crease in that leather as she pulls them on. It’s a quick but satisfying burst of ASMR. Proud Mary is, in fact, only satisfying in brief bursts throughout.

The trailers would have you believe that Proud Mary is a full 90 minutes of Taraji P. Henson shooting shit up and murdering men, and that’s exactly the promise that got me to the theater on opening night. As it turns out, the action sequences are sparse. Don’t get me wrong: They’re incredible, especially the final shoot-out that has Mary driving into danger to the tune of “Proud Mary,” machine guns rendering her car into Swiss cheese, Mary killing and destroying with pristine precision. It’s exactly what I came to the movie to see, but it’s only delivered in the movie’s explosive ending. Sure, there are other little bursts of action throughout, but they lack the spectacle and intensity the trailers teased.

Proud Mary does have a plot, but it’s not a very good one. If you like your action movies with a heavy dose of sentiment, perhaps this one’s for you. But Proud Mary, at times, strives for depth where there is none, spinning a tale of family drama and overwrought redemption with little attention to detail.

Listen, I don’t need my action movies to have an air-tight narrative, but if they aren’t going to deliver boldly on the action front, then they need to have something to latch onto. Atomic Blonde has an incoherent storyline, but it lets Charlize Theron kick ass in spectacular coats, and that’s enough of a hook. I thought Proud Mary was going to be Taraji P. Henson’s Atomic Blonde moment, but the movie never lets her reach that action star potential, throttling her with a weakass story that she nonetheless sells the hell out of because she’s Taraji P. Henson and she can take a mediocre script and make it at least a little bit compelling. Yes, she’s that good. 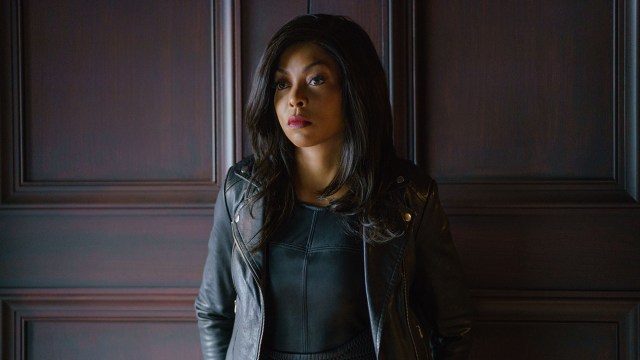 Proud Mary is yet another example of Hollywood putting limitations on what black women can do on-screen. The premise buries Mary in pathos in a way that movies about white female assassins—like the aforementioned Atomic Blonde and other entries from the Theron canon like Aeon Flux—do not. Henson has the charisma and physical presence to be a huge action star, and Proud Mary should have been that vehicle. The movie thankfully avoids the male gaze, but Mary’s presented as sexy yet sexless. In some ways, it’s interesting that she has no real love interest in the film. There’s her ex Tom (How To Get Away With Murder’s Billy Brown), who she gives the courtesy of hesitating for, like, two seconds before killing. But so much of the characterization of Mary and also her arc points to a movie landing a magnetic star like Henson and then having no fucking clue what to do with her. It has some of the ingredients for great action, but the recipe it comes up with lacks punch. It’s all over the place tonally and even in its stylization.

Mary’s arc is ultimately proving to herself and others that she…can be maternal? I think that’s the takeaway? Not sure, honestly, because I was mostly just distracted by Henson in Mary’s signature look of a black turtleneck + black jeans + those goddamn leather driving gloves that have officially ruined my life. Mary is queen of the monochromatic outfit, wearing mostly all black throughout but topping her blue jeans with a striking blue leather jacket for that final shoot-out. Her loose ponytail during that scene is my second favorite character in the movie. Henson also sports a black leather jacket over a black leather dress at one point, and I am very here for leather-on-leather. And she shows up to a meeting with her crime family in basically a black nightgown, long black cardigan, and stilettos? She looked so killer I almost forgot that we know next to nothing about this crime family and how they operate. 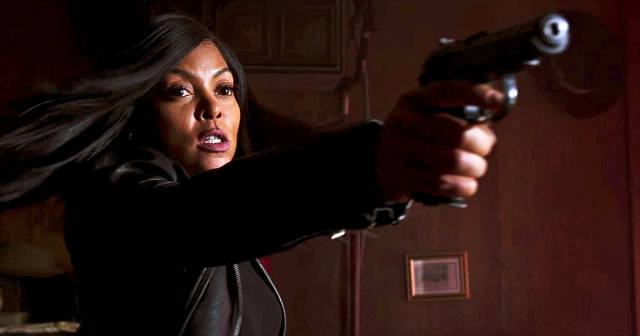 Folks will be quick to blame the under-promotion of the film on the studio realizing it was not a very good film, but I definitely think there’s something much more insidious afoot. Atomic Blonde wasn’t a very good film, and it got a huge push. I feel like I’m still seeing Atomic Blonde ads on Instagram (hey, not complaining). But the thinly plotted action movie starring a black woman gets shafted? It feels like the studio is sabotaging the film, and I worry that low ticket sales will be used against other potential action films starring women of color as “proof” that they won’t sell. This is a bad argument based on bad data, especially if shit like this is happening.

All that being said, it’s not an altogether terrible movie! Again, all because of Taraji P. Henson! And the gloves! I did enjoy myself, and it can be really fun at times. It drags in its middleparts, especially when Henson isn’t on-screen (Atomic Blonde has the same issue but worse because every time Charlize Theron wasn’t on screen, my head started to hurt thinking about how there could be scenes without Lorraine when the whole movie was a first person narrative told in flashback…by Lorraine). I saw Proud Mary in a full theater (bad promo campaign be damned!) at 10:40 p.m. on a Friday night in Brooklyn, and everyone was amped up to see Taraji P. Henson at full throttle. And the audience was mostly women of color, which was an incredible feeling in and of itself. But the energy of the crowd was never quite matched by the energy of the film—until the very end. Make no mistake: Henson’s not the failure. The film failed her. I’d like to formally request a re-do, an action film that lets Henson go full throttle for real…hopefully in a black turtleneck and leather driving gloves.