Literal angels sent to us via Orange Is The New Black, Samira Wiley and Lauren Morelli, have been a beacon of hope in a cruel, dark world for some time now. These two aesthetically pleasing human sunbeams have been smiling at each other publicly since 2014 and engaged since last October, making them the only positive force and last remaining hope in our lives. Because they are perfect, Samira and Lauren designed a Funfetti-themed wedding in Palm Springs Saturday afternoon, and did so with an exclusive spread in Martha Stewart Weddings (as one does). It is the second marriage for Morelli and the first for Wiley. Before you melt into a puddle on the floor, gaze upon these two gorgeous humans and the positively adorable way they look at each other: 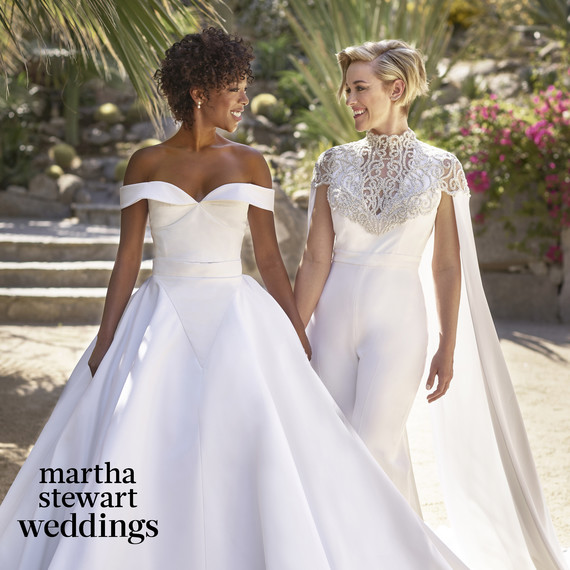 Imagine, for a moment, what it would be like to marry Samira Wiley. If you envisioned both of you wearing custom Christian Siriano outfits and your bridal party dancing up the aisle to Montell Jordan’s romantic masterpiece “This Is How We Do It,” you are 100% accurate (but also too late, because now she’s married to Lauren. Sorry buddy.). The outdoor affair was officiated by Samira’s parents and planned by Beth Helmsetter Events; the couple entered their reception to Justin Bieber’s “Baby” and set off confetti during their first dance. If you would like to know more about the decorations, centerpieces and flatware used during the reception, Martha’s got you covered.

Everything was Lauren and Samira and nothing hurt.