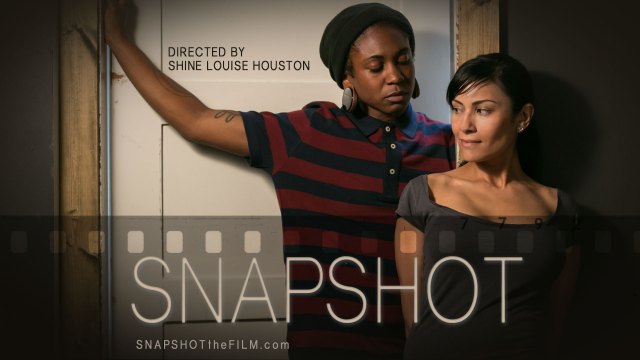 In my films, I work to create an alternate vision of what’s sexy, one that is more reflective of the queer communities and communities of color that I identify with.

SNAPSHOT is a queer coming out story but it is a different type of coming out story. It’s not about simply coming out of the closet to your family or friends, it’s about coming out to yourself. It’s about opening up about sexuality, expressing yourself, your desires and breaking down walls. The story revolves around a murder mystery involving a young lesbian named Charlie and an older butch named Danny. Through the course of the mystery the two women develop an intense relationship and it’s actually the older woman, Danny, who opens up and changes as a result of the relationship. 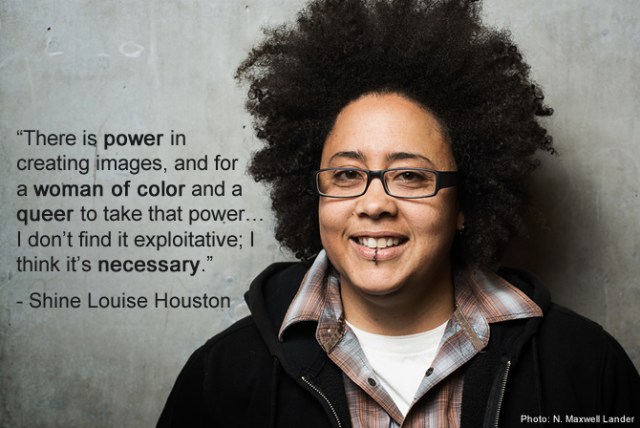 The narrative didn’t begin as a coming out story. Shine recalls how she started simply wanting to tell a QWOC story and that the “coming out” aspect developed alongside the characters. Unlike traditional porn were the sex drives the story, the narrative in this story does truly drive the sex scenes. However, the sex is still very important to the plot. Shine also says that although there is a set story, she wanted to maintain the intense sexual experience. Another difference in the production is that the sex is not choreographed. We have all seen movies like “Boogie Nights” and witnessed their behind-the-scenes extras where the sex acts are staged by the director. In SNAPSHOT the sex is all negotiated by the actors. The director is simply there to capture the experience the actors are still in control of their bodies and their experience.

Shine has done trailblazing work through the Crash Pad series, featuring actors of different body types and being the first to feature QPOC butch-on-butch sex scenes. Producing SNAPSHOT as an all QWOC cast will present a different set of challenges. It’s these challenges that drive the film and also why Shine feels this is an important story to tell.

Creating the film will serve as a way to break those stereotypes and tropes that we are trapped in. Shine wants to create a narrative that mirrors her own experience and that of other QWOC. She says:

There is power in creating images, and for a woman of color and a queer to take that power… I don’t find it exploitative; I think it’s necessary. 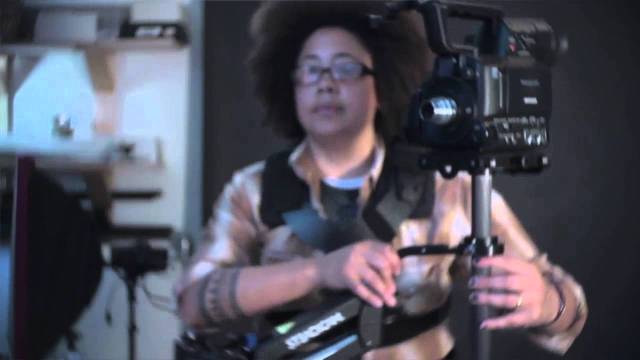 Currently Shine and her team from Pink & White films are crowdfunding through IndieGoGo for the funds to produce SNAPSHOT. They’ve been able to secure seed money but there are still significant costs to independently producing a quality film. They would like to be able to fairly compensate their actors and crew. After talking to Shine about the tremendous work she is setting out to do, my number one questions was how we as a community can help make sure this film is made!

The first way would of course to donate to the SNAPSHOT campaign! They have really cool perks including attending their VIP Party this August in San Francisco as well as DVD packs of previous films.

The next way would be to help get the word out! You can do this by:

Supporting projects such as SNAPSHOT is important because it adds to the type of stories that we hear from QTPOC people. It’s important to see us in various capacities to capture the complexities of our existence. It’s also important so that we are not just seen sexually through the lens of tropes and stereotypes. We can be the sensual intense love interest. We can be submissive and not just a dom carrying out the fantasy of a white protagonist. We are just as sexy and desirable as anyone else in our community. I hope that you are ready for this shift in our narrative as well and that you get an opportunity to contribute to this amazing film!