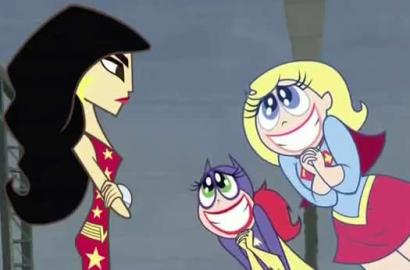 It’s an interesting commentary on superheroes and superheroines in general, really. It’s a different perspective on these characters, and I appreciate how fleshed-out they are, especially since the entire episode is only a minute long. The more I watch it, the more I like it. I am a little concerned the show might be sugarcoating the badassery of these women with cuteness (rather than sexiness, as is common in comic books) to make them easier to stomach for a broader audience, but I trust Lauren Faust’s judgement. Mostly, I am in love with how creative this episode is. All 75 seconds of it.