Breaking up is often messy business. It’s hard enough navigating how to hang out with mutual friends and de-tangling on Facebook, but add children or companion animals to the mix and you enter a whole new world of potential pain and petty vindictiveness. Enter the story of little Lily Finkel-Quintas-Garcia. 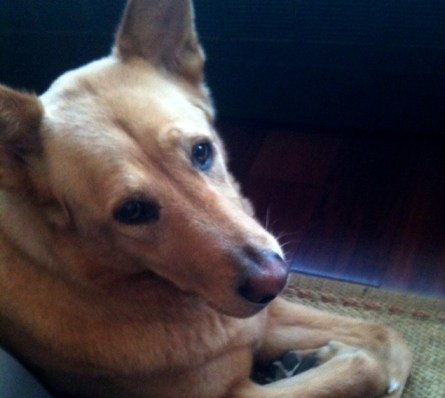 Lily in the Middle, photo via NY Daily News

Once upon a time two Brooklynites, Rebecca Finkel, 34, and Michelle Quintas, 42, adopted a Labrador-Shepherd mutt together from a friend in the Bronx. After seven years of co-habitating with the hound (you know where this is going…), the two broke up in 2004, at which point Quintas moved with Lily to Ohio. The exes originally came to an amicable custody agreement where both women traded time with the beloved family member, regularly meeting  between Ohio and Brooklyn to share 8-year-old Lily.

Alas, no more! Reportedly Lily was given back to the mutual friend they adopted her from by Quintas, and Finkle is now being denied visitation or custody after reaching out to Garcia for a visit with Lily and recieving this text in return:

“I have no interest in sharing Lily in the way you shared with Michelle. I do appreciate what you’ve done for her over the years. Please do not contact me again.”

None too happy, Finkle filed suit with the Brooklyn Supreme Court this week. But there’s no law recognizing pet custody, leaving couples on their own to work out those types of agreements. Because animals are considered pieces of property under the law, technically ownership is given to the person who purchased the pet as you would any other piece of property.  Doreen Houseman’s experienced this first-hand in the battle over her pug:

“The judge said he did not want to know about the emotional attachment,” explained Houseman’s attorney, Gina Calogero. “He didn’t want to consider it, because to him, the dog was no different from a chair or a couch. They’re not people. They’re not children.” 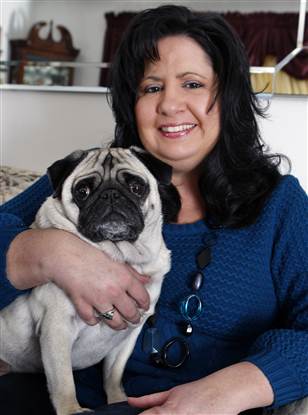 In Houseman’s case, the judge ruled because she was not the person to purchase Dexter, she had no rights to keep him.

Clearly many people place a much more significant emotional value on a pet than a kitchen table, so court rulings aren’t always so cut and dry.  Finkle believes that Lily is being used as a bargaining chip in the aftermath of her breakup with Quintas, and the law may be at a point where that’s recognized as something significant. Custody battles over pets are on the rise and same-sex marriages and domestic partnerships are listed among the reasons for this increase. In part, this is because domestic abuse legislation now recognizes that pets are sometimes used to threaten or control domestic violence victims. There is a changing tide in how courts perceive of pets, considering their welfare as you might children rather than simply as property like a couch. How things bode for Lily will highly depend on the judge presiding over the case. One of the innumerable ways in which gay couples experience second-class-citizen treatment is in breakups; if a couple isn’t legally married, they aren’t provided with the support that straight couples are when they divorce. But there’s a chance that may be changing — at least for people like Lily’s owners, and Lily herself.