Happy Sunday Funday! I am sincerely hopeful that this is the first day of the rest of my new life in which I always know what to make for dinner. Speaking of which, I’d just like to officially advise Papa John’s to offer heart shaped pizza every day. 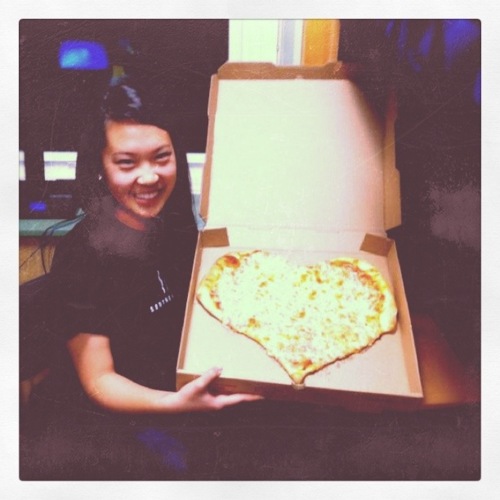 This week I am happy to serve you good news from the world of sports, the prom committee, and Beyoncé’s personal life. 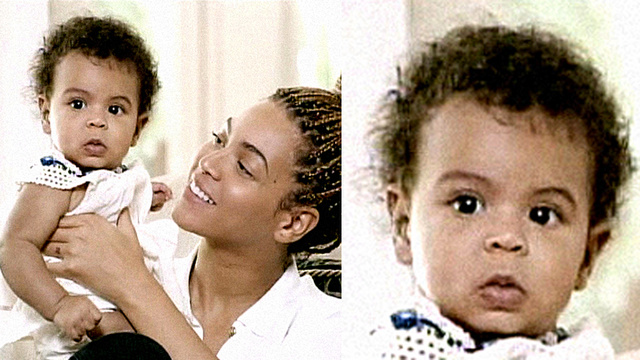 “Becoming an Athlete Ally gives me the opportunity to spread a message of inclusiveness throughout the NBA and our country,” said Faried in a statement to The Huffington Post, referring to the non-profit group that advocates for gay rights in sports. “I have two moms and I love them both very much. I respect, honor and support them in every way. The bond I have with them has made me realize that I want all members of the LGBT community — whether they are parents, players, coaches or fans — to feel welcome in the NBA and in all of our communities.” 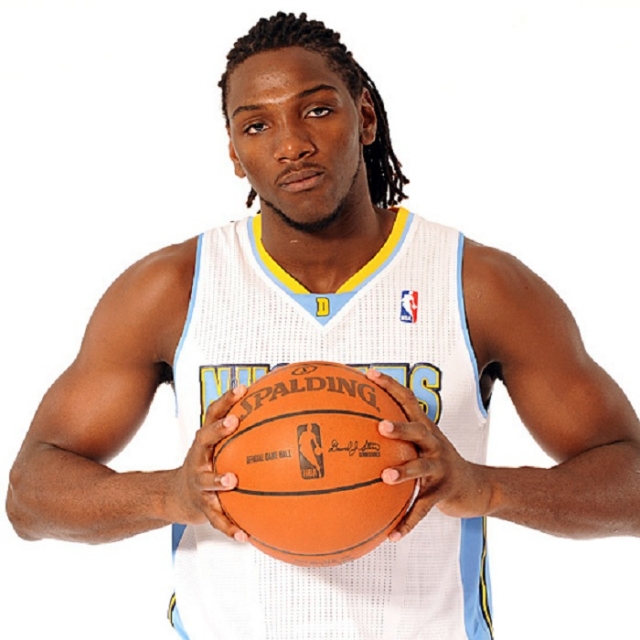 + Robbie Rogers, American soccer player, has announced that he is gay and retiring forever by pulling a Frank Ocean and blogging about his sexuality. In an entry called “The Next Chapter,” he wrote that he had been “afraid to show” who he really was for 25 years.

‘Life is only complete when your loved ones know you. When they know your true feelings, when they know who and how you love. Life is simple when your secret is gone. Gone is the pain that lurks in the stomach at work, the pain from avoiding questions, and at last the pain from hiding such a deep secret.’ 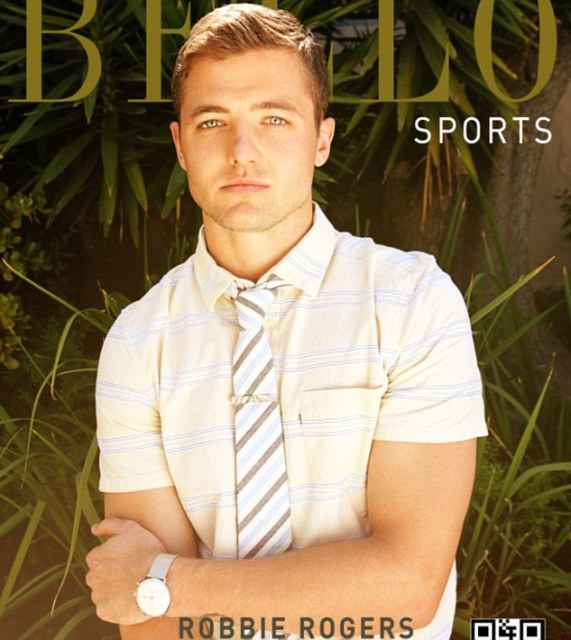 When Westboro Baptist Church announced plans to picket Vassar college, they didn’t know who they were fucking with. (Side note: this was true also when they came to face down with Lil C at American University.)

Vassar graduate Josh de Leeuw encouraged concerned/sane members of the community to counter-protest by putting their money where their mouth is, and pitching in toward an online fundraiser for the Trevor Project. He expected – hoped, even – to raise $4,500: $100 for every minute that the WBC was publicly humiliating itself outside his alma mater. By Friday, he’d made over $76,ooo.

Jesse, Go To Prom With Me

17-year-old Missouri student Stacy Dawson will be taking his boyfriend to prom. 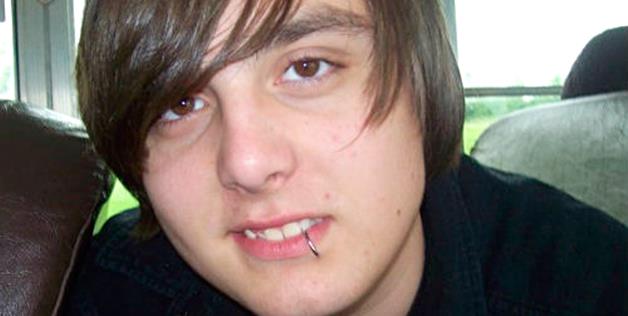 [Alvin McFerren, Scott County Central School District superintendent] said he felt the community, which has just over 360 students in the entire district, would take the [policy] change well.

“We are a family,” McFerren said. “We’re such a small school that I don’t feel as if there will be any negative reactions whatsoever. It was never intended to be a policy that would create any controversy in the first place.”

In a phone call with NBC News on Friday, Dawson said he was “incredibly happy” with the decision and is “really looking forward” to going to the prom with his boyfriend.

“I automatically told my boyfriend,” Dawson said. “He was just as happy as I was.”

If At First You Don’t Succeed…

Oregon was ahead of the times in 2004, when they were busy happily signing marriage licenses for gay couples and thus performing Satan’s work. But when voters amended the state constitution to ban same-sex unions, the state watched as its neighbors slowly but surely came around. And now?

Gay marriage is back on the table in Oregon state. 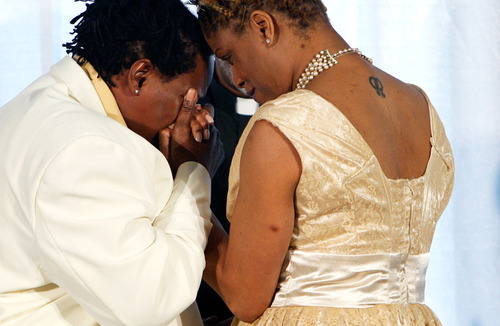 Given the narrow passage of the 2004 constitutional ban and the passage of time, “Oregon is one of those places where the chances (for repeal) are pretty good,” said Peter Nicolas, a law professor at the University of Washington.

From across the Atlantic Ocean and in a number of states, governments and legislatures are advancing measures to legalize same-sex marriage.

President Obama has become a champion, and government policies favoring such unions are increasingly common.

“Everything happening on this issue and driving the conversation are important to continuing the march forward,” said Jeana Frazzini, executive director of Basic Rights Oregon.

Jazz is a trans* girl with just one mission right now: to spread the love. Her interview with SPARK, the amazing girl power movement taking over our world at the moment, thankyouverymuch, is proof. 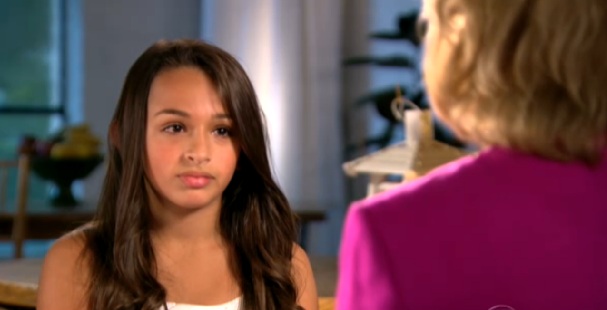 What is important about sharing your story?
There are so few trans youth in the media. People need to understand kids like me. TV is great for educating. I want people to open their hearts and minds and show compassion and acceptance. […]

Your family has been in the media a lot for being so supportive of your being transgender. Many trans kids do not have the same kind of support system, unfortunately. What advice would you give these kids?
I feel so bad for kids that aren’t accepted by their families, it’s so wrong. I want to hug them all, they deserve to be loved and accepted for who they are. I know a lot of schools have counselors that understand LGBTQ kids. I’d encourage them to confide in an adult at school, and surround themselves by friends who love them for who they are. […]

What are your goals for the future and what do you hope to teach people about trans kids?
In the future, I’d like to see all trans kids happy like I am. I want President Obama to pass laws that will give equal rights to all trans people. I will keep speaking out until my goals are achieved. I want people to understand that we are just like everyone else. I always say that just because our brains don’t match our bodies doesn’t make us freaks or bad people. In fact, I think it’s the opposite; it makes us unique and special, which is pretty cool. Get to know us, you will love us.

This is perfect, to say the least.