There have been a number of scholarships created in honor of Tyler Clementi since his tragic death last year; for instance, the symphony program with which he was a violinist recently established one in his name. This week the Point Foundation, the largest provider of lesbian, gay, bi-sexual and transgendered college scholarships in the country, has created the Tyler Clementi Scholarship with the help of Tyler’s parents, to “bring awareness to the abuse that many young lesbian, gay, bi-sexual and transgendered students around the country face on a daily basis.” There have been widespread national reactions to the wave of gay teen suicides, even resulting in increased visibility on TV. Scholarships are perhaps one of the most concrete and meaningful of these reactions, though. Queer teens tend to be disadvantaged in ways that their straight peers aren’t and that make college even more difficult to reach – for instance, they’re often disowned by their parents and left homeless and without any financial 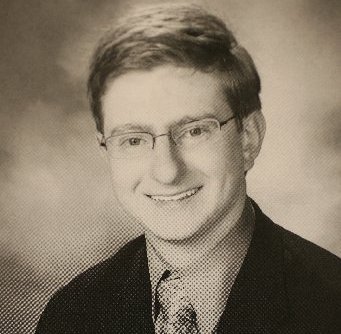 support, making the monumental amounts of student loans that other college students have to take on a privilege in comparison. But things like the Tyler Clementi Scholarship really could change that for someone.

A Point Scholarship covers tuition, books, supplies, room and board, transportation and living expenses, and is set up with the individual’s college to meet the unique needs of the Point Scholar. Point Scholars receive far more than financial support. Point strives to equip Point Scholars with skills to ensure a lifetime of exceptional leadership. In addition they are constantly connected with a support network of professionals through Point’s Mentoring Program, who are personally committed to the scholars’ well-being and future success; more than a network, they are a chosen family of supportive individuals who understand and care.

It’s unacceptable that anyone has to die for the rest of us to get the support we need and deserve. But if this scholarship can help someone who needs it, then at least we got some fraction of what we’re owed.

Newly proposed legislation would ensure that LGBT employees are covered by COBRA insurance benefits if their partner loses a job. “All of our families deserve equal access to health insurance,” [Barbara Boxer] said in a statement. “This bill would help ensure that domestic partners and their families will be able to keep their health coverage if their partner loses their job.”

Now that marriage has been legal in Washington DC for a year, we’re learning some things about the way it changes the communities it’s in. For instance, it saves our government (which is currently trying to figure out where it can find extra money just to fund its own continuing operation) a lot of money! Marriage licenses alone could mean about $120,000, and a 2008 study estimated that gay couples nationwide would spend $684 million on weddings. If Maryland passed its gay marriage bill, the net gain could be $3.2 million per year. So there’s that!

Also, Governor Cuomo has personally pledged to “deploy his own political popularity and prestige to push for the legalization of same-sex marriage” in New York. This occurred in a closed-door session, so we don’t know for sure what was said, but sources who were there report that he said “For me, this is personal,” and that his statement was “unexpectedly forceful and impassioned.”

Israel’s Eurovision contestant this year is (once again) transgender contestant Dana International, and she is a hottie. Enjoy.

Bonnie Dumanis, the current DA of San Diego County, is planning to run for mayor next year. “According to the Los Angeles Times, Dumanis, 59, made the announcement Thursday in an e-mail to friends. A Republican elected in 2002, she is the first openly gay district attorney in the United States and a former superior court judge.”

The Naming Project is “a faith-based youth group serving youth of all sexual and gender identities,” and it hosts workshops, field trips, and a five-day summer camp “for 14-18 year olds or those who have completed 8th-12th grades who are of any sexual orientation or gender identity or expression who are interested in discussing and understanding sexuality and gender in terms of their own spiritual journey and are excited to spend time with other teen campers and staff while canoeing, swimming, hiking, singing, doing arts and crafts.” Basically, it’s a summer camp especially for young gay Christians. Considering that it’s not uncommon for other Christian summer camps to make their counselors at least sign agreements against entering into relationships with people of the same sex, that’s pretty amazing.

In West Hollywood, the June L. Mazer Lesbian Archives is an amazing and incomparable repository of lesbian history. It includes “a century of lesbian and feminist artwork, manuscripts, books, records, publications, photographs, games, organizational papers, tapes, letters, scrapbooks, clothing, and flyers, largely donated by individuals and organizations.” Says Angela Brinskele, director of communications: “Lesbians of every generation know the feeling of thinking that they are ‘only one… Preserving this history and making it accessible enables us to never feel we are alone again. Also, we no longer have to start from scratch, reinventing the wheel. Knowing our history anchors us in a time and place within our culture and gives us a perspective from which we can view and understand what is happening in the present, as well as getting insight into the future.” Currently the June L. Mazer Archives is getting ready to co-host the Archives Libraries Museums Special Collections Conference (ALMS), an international LGBT academic-focused conference, at Plummer Park May 12-15.

Jonathan Lovitz was excused from jury duty this month because he claimed that as a gay man and therefore second-class citizen, it was impossible for him to serve impartially.

Did you turn your clocks forward today? We lost an hour of sleep LOOK THIS OTTER IS SO TIRED: 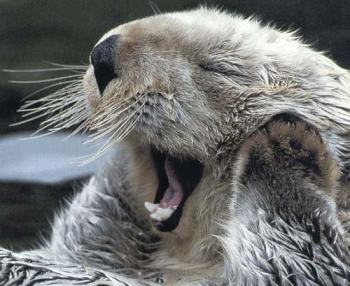