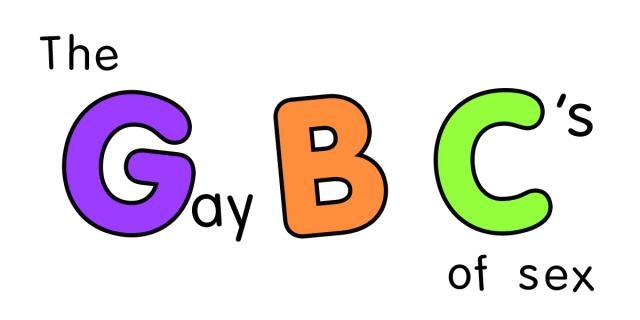 Like other queer sex terms I’ve defined in this column, “stone” means different things to different individuals — and that’s been the case since the term’s earliest days. Before I get into the history of “stone” as a sexual identity, let’s start with a broad definition:

stone (adj.) — not wanting to receive any sexual touch and/or only desiring sexual touch in specific ways with specific partners; getting sexual and/or mental gratification from sexually pleasing a partner 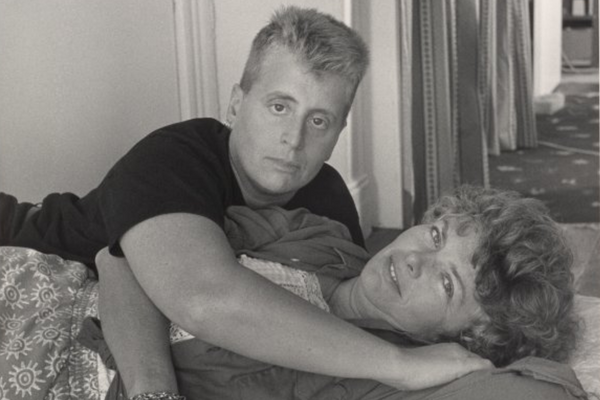 “For a stone butch and stone pro to survive, they have to tough it out with the world. We walked our talk and we appreciated it in each other.” — Leslie Feinberg, Stone Butch Blues (1993)

The definition above is what queer folks usually mean when they refer to their sexual practices as “stone,” but, of course, there are variations. We’ll get into that later. For now, slick back your hair and cuff those sleeves — we’re heading back to the 1940s and ’50s.

Stone Butches: “Doin’ Most of the Doin’”

A quick note before we dive in: This section focuses on lesbian history. I’m pretty sure we all know that there are plenty of butch-identified and/or lesbian-identified folks who don’t use “she/her” pronouns or describe themselves as “women,” but the language from the texts I’m quoting doesn’t always reflect the full range of genders and pronouns in those communities.

When “stone” first became known as a sexual identity, it was often linked to a specific gender expression: the “stone butch.” According to scholar Bonnie Zimmerman’s Lesbian Histories and Cultures: An Encyclopedia (2000), a stone butch is “a butch woman who does not allow herself to be touched during lovemaking, but who often experiences orgasm while making love to her partner.” This “sexual style,” as Zimmerman puts it, was especially prominent in the lesbian community of the 1940s and ’50s, and at the time, it was intrinsically tied to butch-femme dynamics. According to a chapter about butch identity in the 1940s and ’50s from The Persistent Desire: A Femme-Butch Reader (1992), “…the [stone] butch’s pleasure was always connected to the act of giving; her ability to pleasure her fem was the key to her own satisfaction.” Here’s how D.J., one of the chapter’s stone butch interviewees, put it: “I treat a woman as a woman, down to the basic fact [that] it’d have to be my side doin’ most of the doin’.”

During this era, some lesbians also used the word “untouchable” to describe their stone sexuality. Here’s an excerpt from Boots of Leather, Slippers of Gold: The History of a Lesbian Community (1993) by Madeline Davis and Elizabeth L. Kennedy:

“There is some disagreement in the community over the definition of a stone butch. In the intimate moments between two women, how untouchable was she? Some butches claim that they were absolutely untouchable. That was how they were, and that’s how they enjoyed sex.”

But was that really “how they were?” That was certainly true for some stone butches of earlier decades, as it’s true for stone queer folks of all gender expressions today. But when being “stone” became a cultural expectation of all butches in the late 1950s, some butches felt like they had no choice — they either had to refuse any sexual touch, even if they wanted it, or admit to “getting flipped,” which was a serious cultural taboo. Here’s a quote from Lillian Faderman’s Odd Girls and Twilight Lovers: A History of Lesbian Life in Twentieth-Century America (1992) about the social pressures butches faced during this era:

“One former stone butch recalls, ‘The derision shown those few butches who had been flipped was enough to prevent many of us, especially those of us who were not yet secure about our sexuality, from letting our partners touch us during lovemaking.’”

You’ve probably heard of Leslie Feinberg’s 1993 historical novel Stone Butch Blues, which chronicles the life of Jess Goldberg, a self-identified stone butch coming into her queer identity in the 1950s. While Feinberg’s book is a work of fiction, it mirrors parts of Feinberg’s own experiences, and this book has a lot to to teach us about queer history and culture.

For the fictional Jess, being a stone butch partially stems from a strong desire to please sexual partners, but her unwillingness to receive sexual touch also seems to be grounded in trauma. Jess describes her stone butch identity like this: “I knew I was stone, too. It was a home alarm system that didn’t seem to have an off-switch. Once installed, the sirens went off and the gates shut, even if the intruder was loving.” But Jess also admits to “getting flipped” sometimes: “When I shut down sexually, Theresa could always melt my stone.”

Being Stone in the Modern Era

In more recent decades, being “stone” is no longer tied to a specific gender expression or sexual orientation. While there are still masculine-presenting people who call themselves stone butches, other folks in the LGBTQ+ community consider themselves “stone femmes,” “stone tops,” or just plain “stone,” and some Black queer folks use the term “touch me not” instead. Some people even call themselves “stone bottoms” to indicate that they only want to receive sexual touch. While many people use these descriptors with pride, all of these terms come with some baggage.

The way Jess describes being stone in Stone Butch Blues has led to a common misconception: that being stone is always a result of trauma or a means of managing gender dysphoria. While that’s certainly true for some folks, there are many different reasons “why” a person might be stone. Ultimately, the reason(s) behind a person’s specific sexual practices isn’t anyone else’s business. Every person has their own unique sexual desires and boundaries that come from a variety of places, and sometimes we can’t even name why we fuck the way we fuck — because we don’t always know, and that’s okay!

Here’s a quote from an Autostraddle article by Riese, which covers the sexual terms our readers used to describe themselves in our 2018 Queer Sex Survey:

“Due in part to its popularization by the novel Stone Butch Blues, [being stone] is often identified as a response to sexual trauma, as it was for the novel’s narrator. However, this is not always the case! Stone identities exist for a number of reasons, like a stone who told us that ‘it feels too intense and takes me out of the moment.'” And remember: Even when receiving sexual touch is completely off-limits, some stone folks still have orgasms during sex! Those orgasms might result from self-stimulation; rubbing against their partner, their own pants or underwear, or the base of a dildo they’re wearing; or simply observing and enjoying their partner’s pleasure.

Here are some other ways our readers described their stone identities in our 2018 survey:

“I don’t want my body to be touched except under my direction or if I have given explicit in the moment consent to a partner I trust and am comfortable with.”

“I have no problem pleasing my partner, touching her intimately, and making her orgasm. While this does turn my nether regions into swampland, I have no desire for her to reciprocate the intimacy through genital or erogenous zone touching.”

And here’s what two other stone folks told me more recently about their stone identities:

“I identify as a stone top now, but I identified as a lesbian for ten years before coming out as transmasc. I identified as a stone butch then. Due to trauma and being mostly asexual (I’m demi), I had to go most of my life without feeling safe being touched sexually. Now, due to my disability, I’m not much more comfortable with it than I was 15 years ago (I’m 31). I do like giving people pleasure, though, and find it fascinating. So being stone, I do not want to be touched sexually, but I still like the intimacy behind making someone feel good.” — Jem Z.

“I think of [being stone] as another form of power play. I love being able to focus wholly on a partner without the distraction that comes from getting too physically hot and bothered myself. I often prefer remaining partially or fully clothed while I focus on my partner, not due to dysphoria, but because I get a head rush from being ‘in control’ while they’re losing it. It does mean I have to take care to disclose appropriately and think about my partners’ mental health needs — some people can’t stop feeling that they’re doing something ‘wrong.’ Reciprocation is so baked into our culture that folks can feel like they’re not ‘enough’ if their partner isn’t interested in chasing the elusive simultaneous climax.” — Anonymous

Want to learn more about stone sexuality? Check out these Autotsraddle articles:

“Butch Please: Sticks and Stones” by Kate
“Butch Please: Butch Gets Intimate” by Kate
“View From The Top: A Short History of What I Learned From Dating” by Sinclair Sexsmith

Join A+!
Related:butchlesbian historylesbian sexThe Gay B C's of Sex