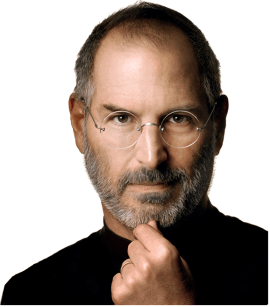 Steve Jobs, co-founder and former CEO of Apple and technological entrepreneur, died on Wednesday October 5 at age 56, after a battle with pancreatic cancer and other health issues. He will be missed all over the world.

“Apple has lost a visionary and creative genius, and the world has lost an amazing human being. Those of us who have been fortunate enough to know and work with Steve have lost a dear friend and an inspiring mentor. Steve leaves behind a company that only he could have built, and his spirit will forever be the foundation of Apple.”

Apple also invited readers to share their thoughts, memories, and condolences by emailing rememberingsteve@apple.com. Another statement from Apple’s Board of Directors reads:

“We are deeply saddened to announce that Steve Jobs passed away today.

Steve’s brilliance, passion and energy were the source of countless innovations that enrich and improve all of our lives. The world is immeasurably better because of Steve.

His greatest love was for his wife, Laurene, and his family. Our hearts go out to them and to all who were touched by his extraordinary gifts.”

Steve Jobs started Apple with Stephen Wozniak in 1976 in a garage in California. He left, and founded NeXT computer, which was later bought by Apple. He founded Pixar. He went back to Apple in 1997. He oversaw the iPod, the iMac, OSX, iTunes, the iPhone, and the iPad. In 2011, Apple is the most valuable company  in the world. In 1984, at the release of the first Macintosh computer, there would have been no way to predict the success that Apple would become. Though a five-minute standing ovation was certainly on the right track.

He received the National Medal of Technology from Ronald Regan in 1984, was named Fortune Magazine’s CEO of the decade in 2009, and is listed on more than 300 patents.

In 2004, he had surgery for pancreatic cancer. In 2009, he received a liver transplant. In 2004, January 2009, and January 2011, he took three medical leaves of absence, but only stepped down as CEO this past August, leaving Tim Cook in charge.

He is renowned in the worlds of technology, business, and awesome presentations involving black turtlenecks (I am not being flippant. Apple has a fantastic marketing strategy, and Jobs was very much a part of it). He will be missed: by the legions of Apple fans who never even met him; by the journalists who loved to obsess over his product releases and every move; and by his family.

At a 2005 commencement ceremony at Stanford, Jobs said,

“Remembering that I’ll be dead soon is the most important tool I’ve ever encountered to help me make the big choices in life.

Because almost everything — all external expectations, all pride, all fear of embarrassment or failure — these things just fall away in the face of death, leaving only what is truly important.

Remembering that you are going to die is the best way I know to avoid the trap of thinking you have something to lose. You are already naked. There is no reason not to follow your heart.”

There is, of course, coverage around the interwebs:

+ The New York Times has a very detailed obituary.

+ Gizmodo, which has a self-described “at best, tumultuous” relationship with Jobs and Apple, has a surprisingly touching tribute:

Yet for all his faults, he changed the world. He made it better.

He once famously asked of a critic “what have you done that’s so great?” For Jobs, the answer to that question was very nearly unlimited.

Our world will be less interesting, less exciting, and less meaningful without him.

Goodbye, Mr. Jobs. We will miss you so very much.”

+ Gizmodo also has a tribute video.

Are you reading this on a Mac? How are you feeling?