Still pissed after Apple’s big reveal of the non-existent iPhone 5? Take some deep breaths in downward dog and watch this tribute to Zack Morris’s brick cell phone from Saved by the Bell. Could he text message on that thing? Listen to music? Peruse Autostraddle’s sexy mobile site? I don’t think so, my friend.

Bonus points at the end for the appearance of Tori played by Leanna Creel, the character who set off my gaydar way back when I was a wee 12 year old watching this show. According to our good friends at Wikipedia, Leanna married her wife Rinat Greenberg on June 18, 2008, when California first legalized gay marriages and Rinat gave birth to a son Levi just two days later! 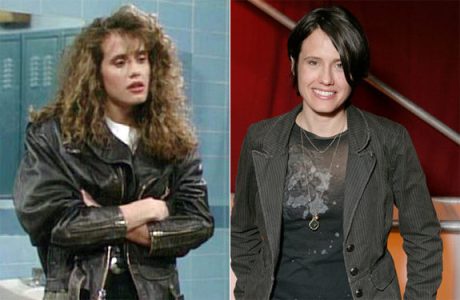