Here is a sentence we don’t get to write very often: this has been a relatively good news week as far as trans issues, so far at least! I say “relatively” because all of the “good” news is really “partial rectification or acknowledgement of previous bad things,” but I guess it’s better than it not happening at all?

First of all, the horrific attack on a trans woman at a Maryland McDonald’s that was, for reasons no one will ever be able to satisfactorily defend, videotaped instead of stopped immediately? The eighteen- and fourteen-year-old who were videotaped beating her is have been indicted on assault and hate crime charges. The older woman, Teonna Brown’s, lawyer appears to be currently relying on the claim that the videotaped assault was in self-defense; this seems unlikely, as there were two attackers and one attacked twenty-two year old woman, and also considering that Brown was arrested for assault at the same McDonald’s last year.  Criminal charges won’t change what happened to Chrissy Polis, but maybe they will send some kind of message that hate crimes are at least sometimes taken seriously by the justice system. 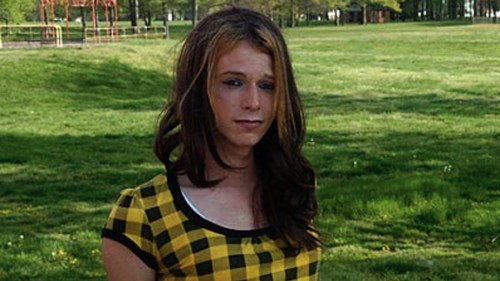 In a depressingly similar story, a former Memphis police officer has been sentenced to two years in prison, also for beating a trans woman. (And also for tax evasion?)

Bridges McRae was convicted of violating the rights of Duanna Johnson while the transgender woman awaited booking on charges of prostitution. McRae admitted to unjustifiably striking her numerous times at the Criminal Justice Complex.

Duanna Johnson was tragically murdered a little over a year after her beating by McRae and one other police officer. Some speculated that the 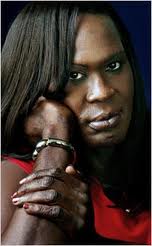 murder was a reaction to her unrelenting campaign to hold the Memphis police department responsible for their actions. It almost wasn’t successful – if her beating hadn’t been caught on video, like Chrissy Polis’s, it’s likely McRae would never have been convicted for it.

“The shock value of that video was incredible,” said Arthur E. Horne III, one of the lawyers who represented Ms. Johnson in a threatened federal civil rights lawsuit against the city, the Police Department and the officers involved in the attack.

The video was splashed across the Internet. The Memphis police director, Larry Godwin, said the crime left him “sick” and “infuriated.” Mayor Willie W. Herenton called the attack “disgusting” and promised to enforce any punishment doled out by the judicial system. The Federal Bureau of Investigation also opened an inquiry into the case to check for possible civil rights violations.

While these stories are, in their way, validating and reassuring (while also being completely infuriating), they likely won’t translate to measurable change in quality of life or safety for trans people. What might, however, is this: the Nevada Assembly has given final approval for a bill expanding employment protections to include gender identity and expression to the state’s governor. Even better, there are two more trans protection bills in the pipeline:

Nevada’s example may actually be one that makes a difference, both for the people living in its state and the rest of the country, especially if SB331 and SB368 are passed; those would be more extensive protections than most other states in the union. Regarding Duanna Johnson’s murder, Shelby County chairman of the Tennessee Equality Project said that Memphis is still “a sleepy Southern town,” and reminded us that prejudices still remain. Nevada is an example that any place and any community can work to overcome prejudice and inequality, no matter how sleepy or Southern or stubborn; hopefully, people will start to listen.