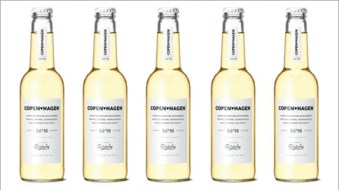 So, beer! Right? SO GOOD. Lesbians love beer! I’ve observed all of you in your natural habitat and you’re often scrounging for beer or saying things like “I need a beer” or “let’s have a beer” or “just one more beer” or “HAND ME THAT BEER, WOMAN!”.

Anyhow, I’m not sure if you realized this, because you’re probably gay, and therefore somewhat mannish and probably very unfashionable with a bad haircut, 10 cats and a broken lawnmower and certainly not at all style-conscious but there has never been a gender-neutral beer!

You may be asking yourself, “Does beer have a gender?” and to that I say — yes apparently it does. That gender is “male.”

From AdWeek‘s “Is this the world’s first gender-neutral beer”?:

In a category almost complete geared toward men… Copenhagen can also attract women, who make up one-quarter of the beer market. “We can see that there are a number of consumers, especially women, who are very aware of design when they choose beverage products,” Jeanette Elgaard Carlsson, international innovation director at Carlsberg, says on the brewer’s website. “There may be situations where they are standing in a bar and want their drinks to match their style. In this case, they may well reject a beer if the design does not appeal to them. The consumer surveys that we have conducted in Denmark show that 98% of the target group finds Copenhagen exciting.” Of course, women presumably don’t just choose a beer as a fashion accessory. But there isn’t much mention of the taste, beyond it being “light” and “refreshing.”

Here’s the ad for Copen+Hagen beer, narrated by a British guy. That must be what women want, right? Well-designed beer and a British guy?

To be fair — this is one good looking bottle of beer.

It’s a truth universally acknowledged that beer commercials are usually somehow offensive to women and always objectify women. But does that actually matter when you’re selecting a beer to consume? Have you ever felt like you needed a more feminine beer? Do you drink Dos Equis because Shane drinks Dos Equis? Do you drink Bud Light because they sponsored Dinah Shore?

On a related note, just talk about beer.