I love Emma Thompson. She’s beautiful, an ardent feminist, a longtime ally of the LGBT community, and even, some would say, something of a gay icon. Practically perfect in every way. She’s been popping up in the news a lot lately for starring in movies, winning awards, making amazing speeches and perpetuating an enthralling bromance with Meryl Streep. So I was a bit taken aback to hear what she had to say on the subject of queer erasure in her latest film, Saving Mr. Banks.

Widely released at the end of December, Saving Mr. Banks is based on the true story of author P.L. Travers‘ experiences while working with the Disney team on the adaptation of her novel, Mary Poppins. 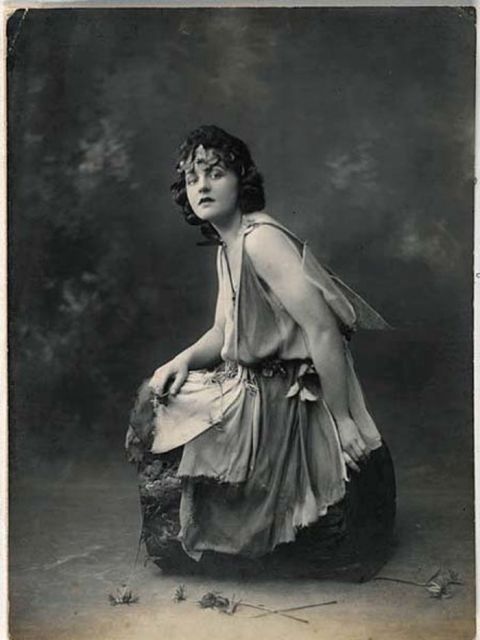 P.L. Travers as a young working actress, 1924. Here she was dressed for the role of Titania in “A Midsummer Night’s Dream.”

In real life — and in the film — Pamela Travers was an unconventional woman. But unlike the onscreen depiction of an uptight English homebody who seemingly turned her nose up at America, the real Travers was actually an adventurous, widely traveled woman who had previously lived in New York and in New Mexico. She did not despise children, and in fact she had an adopted son and would invite child fans into her house for lemonade. Most importantly, she did not live as a solitary, sexless spinster; over her lifetime she had romantic relationships with both men and women. Sometimes, she even wrote saucy erotica inviting readers to imagine taking off her undergarments.

Travers was a member of The Rope, a group of mostly lesbian writers who studied under a guru. She wrote in her diary about her off and on tempestuous relationship with Jessie Orage, known for wearing trousers and smoking in public. And Travers actually wrote Mary Poppins while she was living together with Madge Burnand, in a decade long relationship that Travers’ hyper-discreet biographer begrudgingly described as “intense.”

Aside from the quick flash of an obscure book in Travers’ library, there’s no hint of any of this in the film. 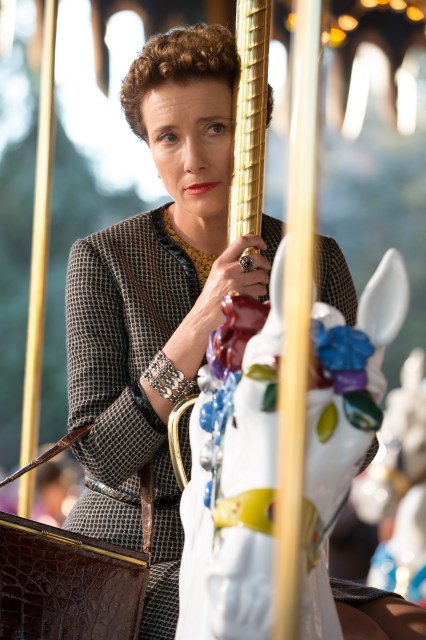 Movie Travers had some silver feather charms on her bracelet links and a vaguely southwestern ring featuring a black sunburst — a subtle but nice touch. Real life Travers reportedly was fond of wearing Native American turquoise and silver bracelets “stacked up each forearm like gauntlets.”

Instead, Saving Mr. Banks ruminates over Travers’ troubled childhood in Australia and her battle to maintain her (rigid) sense of dignity and artistic vision during a two week trip to Walt Disney Studios. The movie is charming and Emma Thompson, per usual, makes for an utterly endearing misanthrope. However, I have to question the decision to gloss over Travers’ queer identity.

In an interview published in The Advocate on Thursday, Thompson reasoned,

You can’t fit everything about a person’s life into two hours. Like when we made Carrington, which did address homosexuality, we didn’t include stuff about Dora Carrington’s relationships with women because it would’ve looked like she’d literally gone bed-hopping her entire life. Besides, Saving Mr. Banks is about a woman’s creative, artistic life. It’s a relief, quite frankly, because when is a movie about a woman not about her love life? 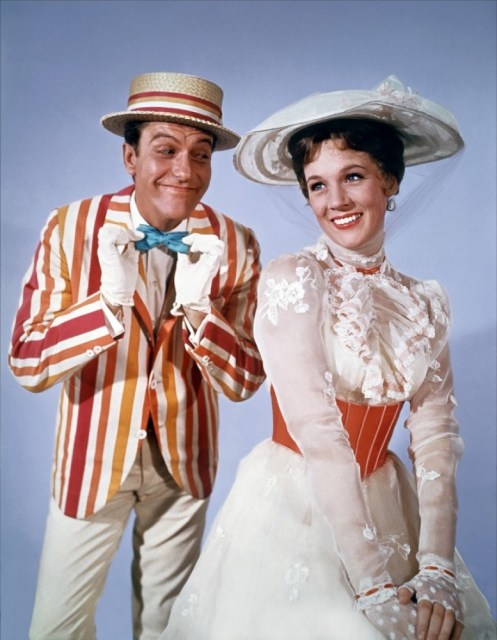 In the film, Travers fights to keep Bert from being portrayed as a romantic interest. In the books, Bert is a groupie and Mary Poppins is characterized as strident and plain looking, which some read as butch.

Thompson makes an interesting point. And to some extent, I agree — it is refreshing to see a woman on screen who isn’t an object of desire… if they’re straight. The thing is, we live in a heteronormative world where everyone is assumed to be straight until proven otherwise. Choosing not to represent queer women (and especially their love lives) isn’t new, and it isn’t a relief.

As GLAAD explained in its 2013 Studio Responsibility Index report,

When minority characters are marginalized or made invisible within these films, it not only reminds those being underrepresented that their social position is less than, but also makes it more difficult for the majority to see them as part of that film’s reality as well as a valid part of our own. … Movies reflect the world we live in, while also showing us where we came from and the endless possibilities for where we could end up. It’s important that Hollywood acknowledges that LGBT people are an important part of our society’s past, present, and future through the stories that they tell.

In Thompson’s remarks, she alluded to the fact that the film is not about Travers-the-person, but about Travers-the-artist, and the very specific period of time in which she was working with Walt Disney Studios on the film adaptation. Which is fine. But surely they could have found a way to tell this story without erasing Travers’ queerness. 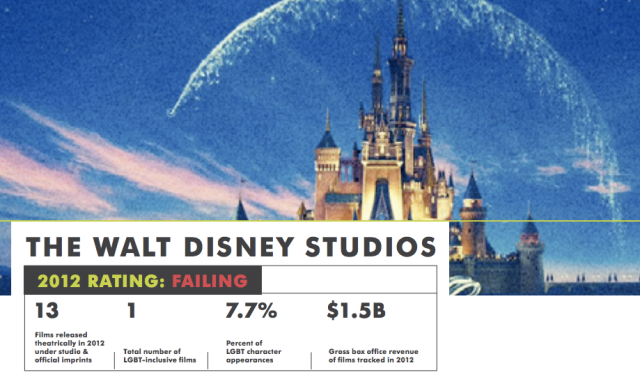 In 2012, Walt Disney Pictures released 14 films. Only one had any detectable queer representation (out MSNBC anchor Thomas Roberts playing himself while reporting on an alien invasion in The Avengers). Via GLAAD Studio Responsibility Index.

Just off the top of my head, I can think of multiple ways Travers’ queer identity could have been represented without derailing the existing plot. They wouldn’t even need to hire another actor. For example:

I could probably think of five more without breaking a sweat, and I bet you could too. (Ooh, could we gender flip Screenwriter Don to Screenwriter Dawn? So much tension there!) I mean, maybe they aren’t all great ideas, but I’m sure those genius screenwriters at Disney could have come up with something if queer representation — or at least, avoidance of queer erasure — had been a priority. But it wasn’t. 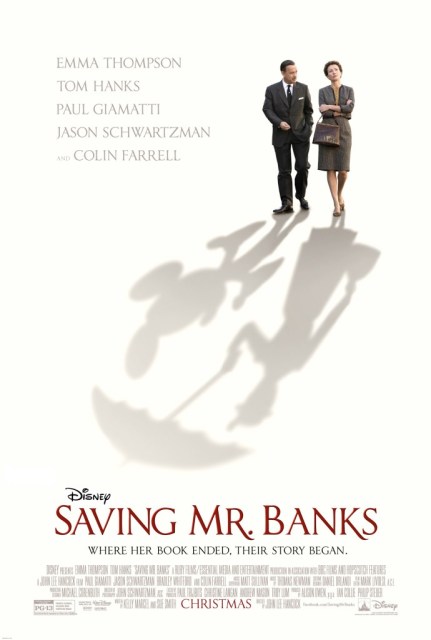 In my mind, to fail at LGBT inclusion in fiction is to have a failure of imagination, a lazy lack of understanding concerning the world outside of one’s self. To intentionally choose to tell a story about a real LGBT person and then exclude their queer identity is a failure on an entirely different level. It’s perverse. It doesn’t matter whether the intent was malicious or not; the damage is still done.

While I don’t think that Emma Thompson meant any ill will to LGBT people by her remarks or participation in the film, the end result is yet another piece of work upholding heteronormativity and contributing to queer erasure. It may be too late to fix this one (as Disney told Travers at the Mary Poppins premiere: “the ship has sailed”), but it’s never too late to get the message out for next time.