President Obama has released the names of sixteen recipients to be awarded the Presidential Medal of Freedom. This year marks the 50th Anniversary of the Executive Order, which was first given by JFK to a group of 31 recipients. What else makes this year special? Sally Ride is going to be posthumously honored!

President Obama said of the recipient list, “The Presidential Medal of Freedom goes to men and women who have dedicated their own lives to enriching ours. This year’s honorees have been blessed with extraordinary talent, but what sets them apart is their gift for sharing that talent with the world. It will be my honor to present them with a token of our nation’s gratitude.”

You have most likely already guessed that we’re big fans of Sally Ride here at Autostraddle. Remember our Sally Ride playlist? Today is definitely a day it deserves another listen.

Sally Ride was the first American female astronaut to travel to space.  As a role model to generations of young women, she advocated passionately for science education, stood up for racial and gender equality in the classroom, and taught students from every background that there are no limits to what they can accomplish.  Dr. Ride also served in several administrations as an advisor on space exploration.

Although the White House does not include in their bio that Sally Ride was also a lesbian, she is nevertheless still a significant role model for us in the queer community. I think we can all agree that this award is well-deserved. 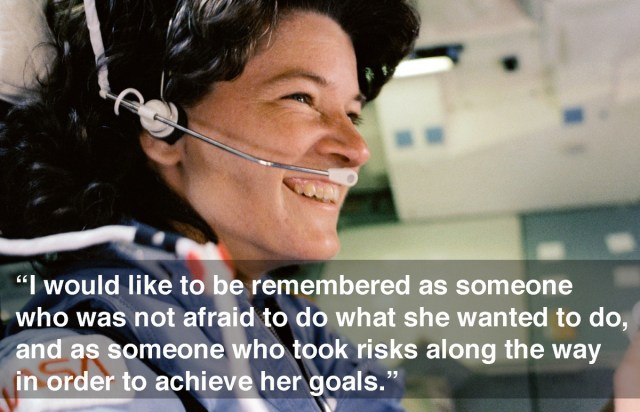 Bayard Rustin was an unyielding activist for civil rights, dignity, and equality for all.  An advisor to the Reverend Dr. Martin Luther King, Jr., he promoted nonviolent resistance, participated in one of the first Freedom Rides, organized the 1963 March on Washington for Jobs and Freedom, and fought tirelessly for marginalized communities at home and abroad.  As an openly gay African American, Mr. Rustin stood at the intersection of several of the fights for equal rights.

Other recipients include Daniel Inouye, Bill Clinton, Oprah Winfrey and Gloria Steinem. There will be an awards ceremony later this year.