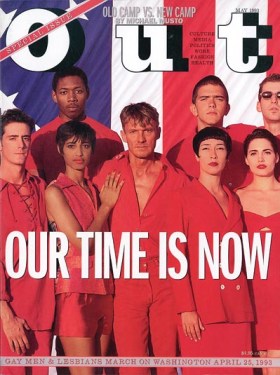 HELLO and welcome to the 87th installment of Things I Read That I Love, wherein I share with you some of the longer-form journalism/essays I’ve read recently so that you can read them too and we can all know more about The O.C! This “column” is less feminist/queer focused than the rest of the site because when something is feminist/queer focused, I put it on the rest of the site. Here is where the other things are.

On Housesitting (August 2013), by Brian Blanchfield for Guernica – This opens with the author on a housesitting jaunt at a house Eileen Myles just housesat, and he finds a photography book, and then later in the story he’s housesitting for somebody who comes home early and is upset that he’s got a (HIV-positive) man in the bed, but mostly what I like about this piece is how well he describes the experience of housesitting which isn’t one I’ve read about before. “The housesitter is apt to recognize the opportunity as a private windfall, and the pleasure is tandem: first in his own dis-habituation, and then in the adoption of a new readymade home, a vacated life to try on.”

Remembering ‘The O.C.” (August 2013), by Tom Carson for Grantland – Self explanatory.

The Ghost Rapes of Bolivia (August 2013), by Jean Friedman-Rudovsky for VICE – This is a horrifying and heartbreaking story about rape, sexual abuse, incest and terror within a small religious community. Mennonite women in an Old Colony settlement in Bolivia were raped in their sleep after being poisoned and when the eight Mennonite men deemed responsible for raping at least 130 humans were imprisoned, the raping and sexual abuse in the Old Colony didn’t stop. Then the article is about how the Mennonite society in Manitoba County, isolated from the broader world by their carefully-legislated-by-old-white-men religion, creates a brutally patriarchal environment where sexual abuse is commonplace and women are disempowered to prevent it. Men who admit to committing these crimes just have to ask for forgiveness from G-d and then they can go back to doing it. It’s just awful. Like a cult. The whole thing is just so harrowing. I don’t even.

Why We Keep Playing The Lottery (July 2013) by Adam Piore for Nautilus – “Selling the lottery dream is possible because, paradoxically, the probabilities of winning are so infinitesimal they become irrelevant. Our brains didn’t evolve to calculate complex odds. In our evolutionary past, the ability to distinguish between a region with a 1 percent or 10 percent chance of being attacked by a predator wouldn’t have offered much of an advantage.”

The Blip (July 2013), by Benjamin Wallace-Wellis for New York Magazine – “What if everything we’ve come to think of as American is predicated on a freak coincidence of economic history? And what if that coincidence has run its course?”

**The Run-On Sentence: Eddie Ellis On Life After Prison (July 2013), by Katti Gray for The Sun – I actually read this a long time ago but forgot to put it into TIRTL so HERE WE ARE. Former Black Panther Party member Eddie Ellis spent 25 years in prison for a crime he didn’t commit (the government was a big fan of incarcerating kickass black activists) and is this amazing activist, educator and advocate who has devoted his life to “helping the formerly incarcerated rejoin society.” The stuff he says on the last page of the interview is really killer.

Subterranean Psychonaut (July 2013) for This Land – This is a story about a horrifying man who did horrifying things, but also about LSD and the scientists who were really involved in creating it, also for real this guy brutally tortured this kid  and I can’t even. Awful.

The Dark Side of Startup City (July 2013), by Susie Cagle for Grist – We moved here at an unfortunate moment in history, huh. Anyhow, this is about San Francisco and how it’s getting ruined by the boys of Silicon Valley. I think this is the third article on this topic I’ve used in TIRTL!

Something More Wrong (July 2013), by Katherine B. Olson for The Big Roundtable – This is about Creedmor Psychiatric Center in Queens and the humans who live there and how they live. It’s interesting how different it is than the short-term stay psych wards I’ve visited.

I’m really into this Rembert Browne Explains America series on Grantland. His bit on Texas is really special (especially The White Settlement part). It’s funny and there are lots of pictures. He wrote about Detroit this week (I have lots of Detroit feelings because I grew up nearby, and getting through his “first ten minutes in Detroit” to the other side is worth a read in and of itself). He went to the Essence Festival and wrote about what makes it so cool. OH MY GOD I HAVE TO VISIT THIS MUSEUM.