Silver Fox, Noted Donald Trump Nemesis, Actress, Comic, Philanthropist and Other (Better) Famous Lesbian Comic Who Came Out Before It Was Okay To Be Gay, Rosie O’Donnell, who I have consistently adored, will appear on the second season of The L Word Generation Q, as announced on The L Word Generation Q’s instagram story today. 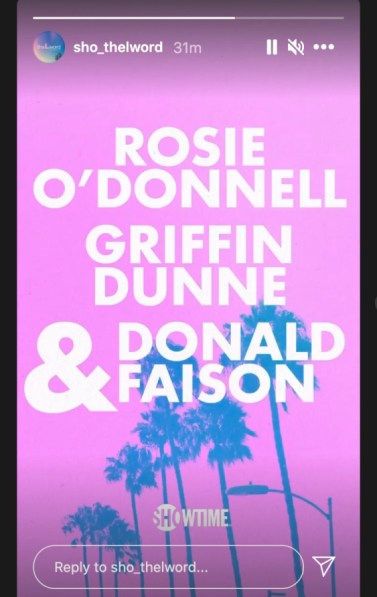 They also announced special guest Griffin Dunne (I Love Dick) and Donald Faison (Scrubs, Clueless), which, okay. According to The Wrap:

O’Donnell, who most recently starred on Showtime’s “SMILF,” will play Carrie, a brash and kindhearted public defender who is thrust into Bette’s (Jennifer Beals) life and quickly gets under her skin. Faison will play Tom, a self-deprecating editor who works with Alice (Leisha Hailey). Dunne will play Isaac, one of the biggest international art mega-dealers who Bette comes to know.

Furthermore, Jordan Hull (Angie Porter-Kennard), who won big in Autostraddle’s Gay Emmys, has been upped to series regular status! If there is one topic upon which we all can agree it is that Angie is the best and we care deeply about her relationship almost as if she was our own child who we saw getting born.

Rosie O’Donnell’s has done guest or recurring roles on a number of queer-inclusive television shows over the years including Bomb Girls, When We Rise, Queer as Folk, Will & Grace and The Fosters.

Although Generation Q was initially scheduled to begin filming in July, production was delayed on account of the pandemic. Last week, Leisha Hailey posted a photo of the Aloce show’s resplendent signage, indicating that she was embarking upon day two of filming everybody’s favorite lesbian television series.

Fan account The L Word Online also recently posted what seems to be a Zoom table read of Season Two as well as a photo of real actual filming:

A post shared by The L Word Online (@thelwordonline)

Rest assured that we will be on top of all ensuing developments regarding this pressing season of epic television as events warrant.