74-year-old Christine Howey and I met at Phoenix Coffee on Lee Road on the east side of Cleveland. Christine is most known around Cleveland for creating a one-woman show, Exact Change, to talk about her experience as a trans woman, which she adapted into a film. Her daughter, Noelle Howey, also wrote a book called Dress Codes: Of Three Girlhoods — My Mothers, My Father’s, and Mine, which, like her mother’s play and film, gained nationwide attention. In fact, Christine and her daughter ended up on Oprah’s couch.

Howey came out as trans in 1990 when she was 45. “I came out here in Cleveland, my hometown. Back then, we didn’t have the word transgender,” she told me. “I thought about leaving town, not having to drag my past along with me, but I was political enough to think there was nothing wrong with this and I wanted to make a statement.”

When I asked if Christine knew other trans people when she came out, she told me about a local community of crossdressers and transgender people. She attended a yearly festival in Provincetown with them.

I asked her more about creating artwork about her identity.

“After I was about 20 years into my life as Christine, I was getting very frustrated by seeing that nothing much was changing. Transgender people were still being assaulted, killed, committing suicide. I felt that since I was a writer, I was a performer, I could put that together and maybe do a show and break down some barriers.”

The show is composed of 40 poems that make up the voices of her family, friends, and others.

When the show started, Christine was performing five times a week. She eventually performed in New York, where she received great reviews. She also created a film after fielding ongoing performance requests from universities

Christine decided to come out in her 40s, encouraged by some of the women she met in Provincetown. Older generations of trans people often lived closeted. I asked if she’d considered that. “I couldn’t put my history away without putting my daughter away and that wasn’t gonna happen,” she told me.

Staying closeted, she told me, “was a rational alternative to god knows what could happen if you come out publicly.” She shared how she was fired from a job, “For no reason, because that’s Ohio.” To this day, with the exception of state employment, Ohio does not have statewide legislation that protects LGBTQ+ people from wrongful firings.

I asked if there was any media she saw as a young person that helped her figure out who she was.

“When I was 7, I saw a headline in the newspaper, ‘Soldier Becomes a Woman,’ about Christine Jorgensen.” She recalled the memory, smiling.

When Christine was in high school in the ’60s, she tried to do research about trans people in the library. “I would go to the card catalog and look up ‘homosexual’ or ‘transexual,’ and they all had a red dot. A red dot meant it was confined to a cage on the top floor of the library and only professionals, doctors, psychologists, professors could access that information.”

“When you try to find out who you are and can’t find any information, the message is, ‘you’re something really awful,’ because this can’t even be spoken of in polite company.” Christine talked about all of the feelings she’d internalized from trying to do that research. “You never really shake that,” she told me.

People say, ‘Must be interesting. You’ve been both a man and a woman,’ when in actuality I was never really a man. I studied so hard to be a man.” She went on to describe her experience with sports and swearing, her attempts at conforming. She wasn’t ‘girly’ so no one ever suspected she was trans.

During her 15 -ear acting career, she always played the villain. “I was always the bad guy, the villain, homicidal maniac, the devil, Richard Nixon.”

I was very entertained by this. “What does that do to a person’s psychology?”

“Oh, it was fun. First of all, they’re great roles. Every actor knows the villains are the best roles.” She continued, “I figured if I could fool people so well, eventually this will just click in my real life and it’ll feel natural.”

I asked if her acting career influenced the way she saw herself at all.

“Not really,” she answered, “I learned how to be an actor and play a role. When I made the transition, I had to learn to be myself” 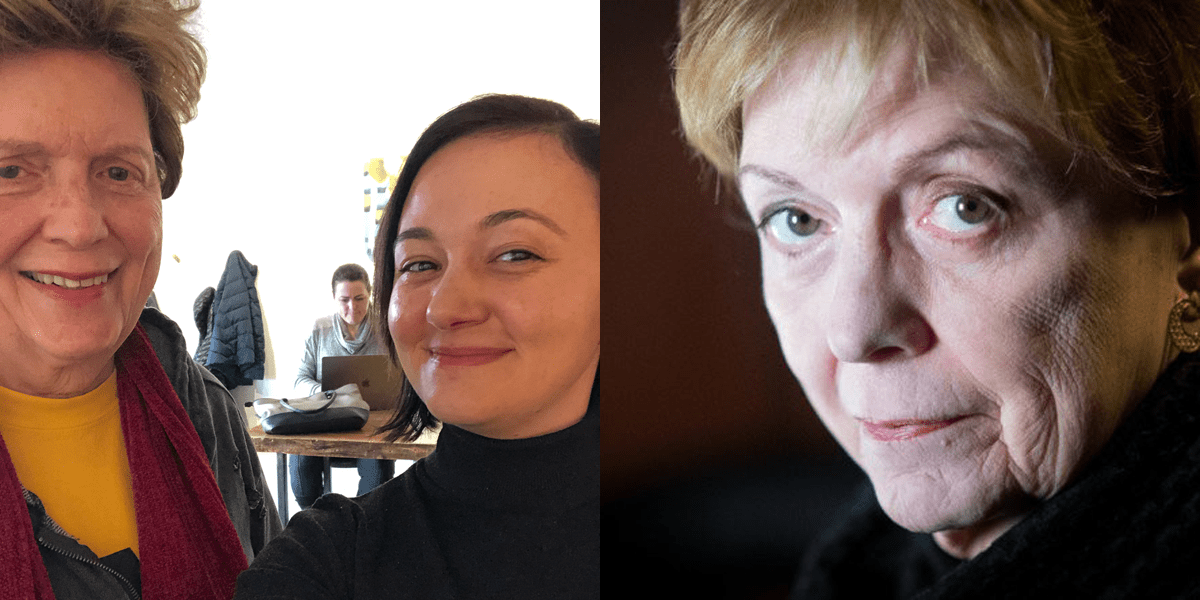 We briefly talked about Christine’s relationship with her parents. She shared a beautiful story about her mother, which is included in Exact Change but still made her cry.

“She didn’t know how to deal with me as Christine. She said, ‘I have all of these friends who know I have two sons. How am I supposed to introduce you? What if we’re out to dinner and a friend comes over? How about I introduce you as my niece, Christine?’” She continued, “I said okay, if that’s what you have to do, that’s fine. Then we went out to dinner, and a friend of hers stopped by and she said, without a beat, ‘This is my daughter.’”

I asked Christine what advice she had for younger trans people.

“I think it’s hard for people in a different way now,” she offered. “It’s sometimes so accepting that when people start exploring their gender, people say, ‘Okay, let’s go shopping. Tell us who you are.’ They want answers right away, but it’s okay if it still takes time for people to figure out who they are.'”

Join A+
Related:interviewrespect your elders