Feature image of Betsy Warland via Quill And Quire

The whole time I was reading Betsy Warland’s deft new book Oscar of Between: A Memoir of Identity and Ideas, I kept thinking about the word liminality.

The term comes from a Latin word meaning “a threshold” and in anthropology, it’s used to describe the “ambiguity or disorientation that occurs in the middle stage of rituals, when participants no longer hold their pre-ritual status but have not yet begun the transition to the status they will hold when the ritual is complete.” It’s a way of talking about transitions, those dreaded spaces between this thing and the next, between on the way and there already.

Warland, and Oscar of Between, is refreshingly unconcerned with being there already. Instead, she deep-dives into the potency of occupying transitional spaces, the beauty of being in-between.

I write from the narrative position of a person of between: another manifestation of the interface between blank and inscribed spaces; writing and the act of writing.

Indeed, the act of writing is very much present throughout the book. Warland lays bare the whole messy process of creating work, as a writer, and especially as a writer attempting to untangle all the intricacies and intersections of one’s own life — and one’s own identity. 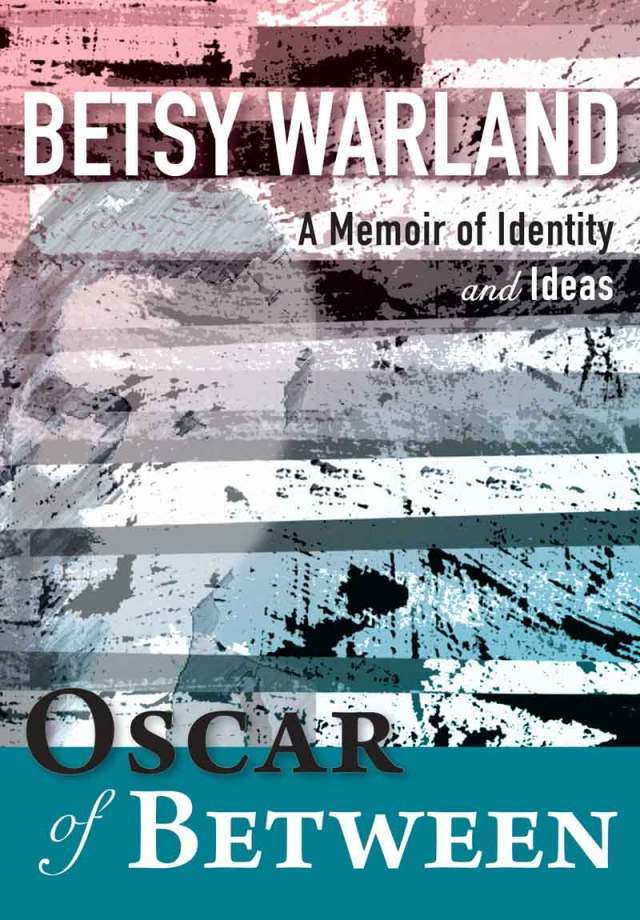 The book itself occupies a state of between-ness: it is somewhere in between prose and poetry, memoir and diary, narrative and notation. In this way, it becomes more than just a retelling of Warland’s journey throughout her life as a person of between — it becomes a record.

For example, when Warland recounts the moment Oscar became a manifest identity in her life, she places it in time, in the trajectory of her life, down to minute detail:

Regardless of her affinity for evoking specificity in certain moments, Warland is not concerned with telling her/Oscar’s story in any kind of linear way. Instead, she lays out impressions and memories, often grouped by time and place, and leaves it to the reader to order them together. Her achievement is that she distills experiences down to their most essential pieces, and communicates in a paragraph what it might take another writer a chapter to describe:

Oscar. Drying. Her then three-year-old son walked in. To pee. Peering. Expecting a penis. On her. Trying to make sense of it. He signed: “You’re my dad.” Began after Oscar’s surgery. Double mastectomy. Oscar more than ever in between.

This poignant interaction with her son tells us so many things at once, and she trusts her readers enough to let us watch these threads be woven into the greater narrative texture, without feeling the need to break down right away how and why and what they mean. And the fact that she refers to Oscar, or herself-as-Oscar, primarily in the third person creates a kind of authorial distance that makes it feel as if Warland is sitting back with us as we read, considering herself alongside us.

She also uses certain sections to introduce and explore connections that relate loosely, or more stridently, to the overall theme of betweenness. The idea of camouflage, for example, recurs again and again in her exploration of how different bodies must present themselves:

Camouflage, simply said, is the act of deceiving in order to do harm. Or, in order to escape harm.

In a recent documentary on transgender and gender reassignment, a male sociologist points out that when we first encounter one another, we must immediately establish which gender each other is for this determines how we speak, what we talk (and do not talk) about and what the acceptable body proximity and body language are. If a person’s gender is indeterminate, we are at a complete loss. “Paralyzed.”

During the years that Warland was working on the manuscript that would become Oscar of Between, she established Oscar’s Salon, an interactive salon in which she would post excerpts of what she was currently writing, and invite readers and other writers to have a creative dialogue with her about them. This community-oriented process is, in itself, a way of embracing the vast area that exists for a writer between starting and completing a creative project. It is reflective of Warland’s larger journey of identity, in which she also finds herself seeking out others who occupy a similar state of being:

For Oscar, “Not a fitting in. Nor a misfit flaunting out” is who Oscar is. Even the most aberrant group garrisons its norm: its not between. It has taken Oscar decades to name her betweenness and relish connecting with a vast array of other persons of between.

There it is, isn’t it? The benefit of between, the comfort of liminality: the others right there in the ritual with us, standing at the threshold, occupying it, embracing it.