OWN, the Oprah Winfrey Network, has a new show called Houston Beauty that showcases the lives of students in “one of the oldest beauty schools in the nation.” And one of those lives happens to be Mia’s. 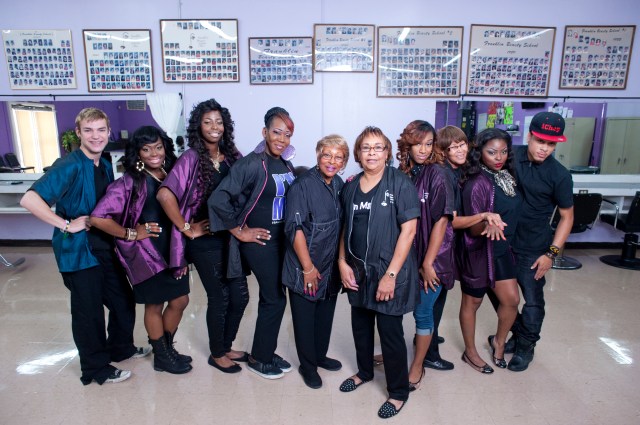 Mia is a trans* woman who was made homeless at 13 and resorted to sex work to get by. She sat down with The Advocate to talk about what brought her to beauty school and what could be her last shot at staying off the streets.

You’re trying to get your cosmetology license but you’re on your last chance at Franklin. How is it going?

I’m doing things on a wing and a prayer, but I am working extremely hard to try and get my life in order. Please pray for me. [Laughs]

What would it mean for you to become a stylist?

It would mean freedom from a society that only expects trans women to sell their bodies. It would gives me an opportunity to wake up everyday and make a difference.

What do you hope viewers take away from seeing you on TV?

I hope that viewers watching my story will be able to understand that I am human and no different from anyone else who has been brought into this world. We all face adversity in situations that life throws at us, but we are still one people and one existence. I want the viewers to know that I am a strong, resilient, and fearless individual who will continue to impact the lives of those who come before and after me.

The Cutest Homecoming Court So Far Ever

Two high-school Portland lesbians defied gravity by being crowned homecoming princess and princess. (And even if they didn’t ultimately get the titles of Queen and Queen, they were sure as f*ck adorable in the meantime.)

“I think we’re very close to ‘normalizing’ the portrayal of same-sex parents on TV when viewers won’t think twice about seeing a same-sex couple with children on a show,” said Kane.

Apparently millennials are looking forward to that too.

Connecticut’s NCAA champion women’s basketball players (here’s lookin’ at you, Cameron) have made their cause that of supporting queer women athletes. The first stop is the Tour of Champions.

Obama Leis it On Thick for Hawaiian Gays

Obama loves gay people and he loves Hawaii and OH MY GOD HE LOOKS SO SUAVE IN A LEI YOU GUYS. Oh, and he’s gunning for gay marriage in his first home state. That, too. JSYK.