Welcome to the thirty-sixth installment of  Queer Your Tech with Fun, Autostraddle’s nerdy new tech column. Not everything we cover will be queer per se, but it will be about customizing this awesome technology you’ve got. Having it our way, expressing our appy selves just like we do with our identities. Here we can talk about anything from app recommendations to choosing a wireless printer to web sites you have to favorite to any other fun shit we can do with technology.

Yes, I know we’ve had a couple weeks of Summer already. Which means that I’ve spent a lot of time spread out on a cold floor in front of a fan playing on my phone. There are times when it’s too hot for anything with skin on it to venture outside. All this floor-fan time has lead to me discovering A LOT of different apps I’d like to try, but haven’t gotten around to yet. So whether you’re into summer work or summer fun, give some of these computerized wonders a go and let me know how they are. The order, by the way, is arbitrary.

1. Untappd – Their tagline is “drink socially” – this app lets you share brewery, pub and beer reviews with your friends, kinda like Beercloud meets Facebook and Fourquare. It also lets you find new beers, breweries and pubs wherever you are. So if you want to drink locally while you’re out and about, this looks like a new must have – I cannot wait to try this one. Android, iOS and web (desktop and mobile). Free. 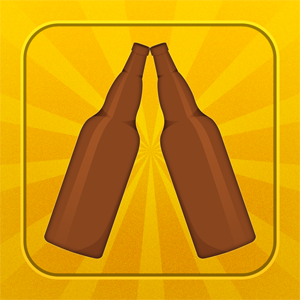 2. Groopic – Okay, basically I just want to know if this one works – the concept seems really cool. Groopic is a photo editor app with only one feature: put together pictures so that when you take a group picture, the photographer isn’t left out. You take two pictures, and then tell the app who was the photographer for each and BAM, it knits the pictures together. Has anyone tried this yet? Is it worth it or should we just use a timed shutter release? iOS, $2.

3. LevelUp – We actually got an email from LevelUp a while ago – apparently they’re quite lovely to their gay employees! – and I’ve been waiting for the right time to try them out (read: I just haven’t gotten to it yet, but I will this summer). LevelUp is a way to pay with your phone and get loyalty rewards for doing so: if you’re a regular, you can get a couple bucks to spend at your favorite establishments tossed back to you! At first I was all, there can’t be a whole lot of places where you can actually pay with your phone. But walking around New York City, I discovered so many (probs because payment processing is only 2% for businesses, whereas Square is 3%). Free for you, though, for iOS and Android.

4. DuckDuckGo – Okay, so it’s not an app. It’s a search engine. But what with the NSA having direct access to Google servers, many who value privacy are talking about this brandy-new search engine that’s actually private. This one I did try, just to make sure, because I do love me the Google. One of the things I like about DuckDuckGo is that it lets me finish my thought. It doesn’t try to predict what I’m going to type because it doesn’t track my information. PLUS! if you like the Google but don’t want to give the NSA access to your info, just type !g at the end of your DuckDuckGo search and it’ll give you, result for result, a Google search. But it’ll be encrypted and therefore private. 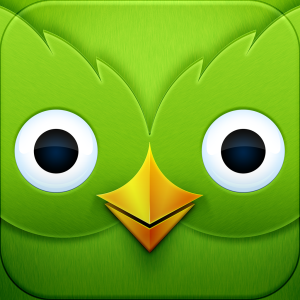 5. Duolingo – Now I’ve used Duolingo on the iPhone before, and they’re great! I speak French and I used it to brush up when I had to teach computer skills to a French-speaking human. While it isn’t 100% accurate all the time always, it’s pretty damn cool, and I’d argue about as accurate as you can get without an actual fluent teacher in the room. Now Duolingo has updated so their app is iPad friendly, and I can’t wait to give that a go. You can learn Spanish, French, German, Portuguese, Italian, and English, and it’s all totally free. iOS, Android or web.

6. IFTTT – This stands for “If this, then that,” and I’ve been using them for ages. Basically, you can create “recipes” where every time one thing happens, the system can make another thing happen and automate your life. The internet texts me when it’s going to rain. You can make certain email attachments save to Drop Box. You can automatically publish something to multiple platforms at once. Because they’re hooked up with so many third party services, the possibilities just seem so magically endless. And they’ve just come out with an iPhone app so we can start to automate our phones too. It’s new and not so perfect yet, but if the vast improvements I’ve seen to IFTTT’s web app service over the past year are any indication, their iOS app is well on its way. Free. I will be downloading this today.

7. GroupMe – It’s not new, but it’s not something I’ve tried either. I feel like this group chat app would be a great way to keep in contact with the friends we all made/will make at A-Camp because it’s totally free and works on a bunch of phones, regardless of exactly how international your group is. For iOS, Android, Blackberry, Windows Phone and web.

8. Congress – You know I’m going love this. It’s an app. That tracks Congress. AN APP THAT TRACKS CONGRESS, IT’S EVERYTHING I LOVE I CAN’T WAIT TO TRY IT OMG. Totally free, iOS and Android.

9. Day One – It’s certainly no secret that I prefer a paper journal. But thanks to this week’s App Store 5 Year Anniversary freebies, I’m going to try out Day One this summer. It’s a daily journal that syncs from your iOS device to your Mac and back again, and it’s very easy to implant pictures, the weather – all sorts of stuff. I’m a firm believer that everyone should write something down daily just as humans, so if it’s easier to do it on your phone, do that. You probably have your phone on you just about all the time anyways. iOS, free for a limited time, and Mac, $9.99.

10. Donna – It’s a personal assistant that does a lot more than Siri. Donna can remind you when you have to leave for things based on GPS directions, dial you into meetings on time, let you know if you have to bring an umbrella when you go out to dinner…I feel like this is almost creepy? And this app is free for iOS (Unfortunate: US only).

11. Cal – If Donna is too creepy for you (it might be for me, I’ll let you know), try this on for size. This is from Any.do, so to-do list syncs with the calendar which syncs with your calendar on your phone already, and it can even access your contacts to tag people and places in your calendar events. I CANNOT WAIT TO TRY THIS BECAUSE MY TO-DO LIST SYSTEM IS A MESS. And it’s gorgeous. See?

for iOS, Android on it’s way according to developers! And it’s free.