About three months ago, I was walking down a quiet street in Rio de Janeiro with my mother, who had come to visit me in Brazil. I was giving my mom a tour of my neighborhood when an adorable same-gender couple walked in our direction. As they drew nearer, they playfully entwined fingers and slowed down momentarily to indulge in a loving kiss. Generally, when I see cute queer couples cuddling and mutually fondling each other in public, I respond in one of three ways:

1. I giggle and gush at how adorable they are.

2. I lower my shades, raise whichever fist is adorned with my rainbow bracelet, and walk by as if I’ve slain every homophobe in the history of the world.

3. I grumble bitterly because I am very single and then I find myself a chocolate bar. 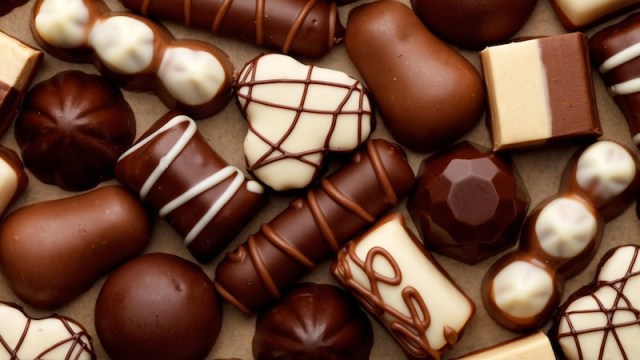 Chocolate is the best solution for my queer feels. That and Brittney Griner.

On this particular afternoon, I fidgeted in quiet anxiety as my mother eyed the two affectionate young men. My mom is not really a fan of queerness — I have not even come out to her yet — and I feared she would say something offensive to the lovers. Well then, how did my mother react to this pair?

“Hmm… I never knew people did that here.”

The truth of the matter is that queer people are doing that everywhere. We do that in the U.S., we do that in Brazil, we do that in our bedrooms, but most interestingly, we sometimes do that in the street and other public spaces. Aside from PDA (which I think we can safely use as a catch-all for “that“) simply being a fun activity, our public displays of affection can go from being cute to something quite political. 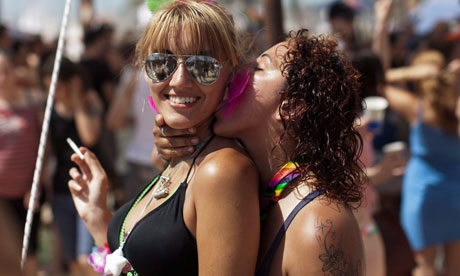 “Kissing my girlfriend in Flatbush, Brooklyn could double as an act of love and as a political act of changing the culture,” reflects Courtney Baxter in her piece “Queer in Public.” She explains, “By living out the personal is political mantra, we transform from invisible to visible and provide hope for our queer sisters and brothers in less tolerant nooks of the world”. When we are affectionate in public, we assert that our identities are, in fact, valid. We engage in a form of community uplift that demonstrates that our relationships are not shameful.” 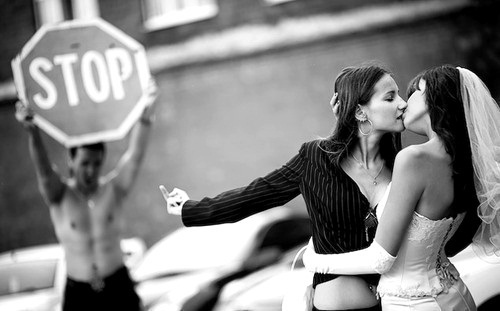 For a while, I unconsciously had subscribed to the notion that queer PDA was acceptable as long as it was “respectable” and fit the standards of a hetero-patriarchal moral compass (i.e- between two people and in moderation). I really had to challenge the respectability politics I had unknowingly invested in by recognizing that my PDA and the PDA I observe should not quietly settle for tolerance from the rest of the world, but rather demand acceptance. PDA and PDP are the ways that we declare the streets a space to be reclaimed. The streets connect us humans to one another, and by locking lips on street corners, we remind the world that we have right to be connected to society regardless of the activity or the number of people participating in said activity. We translate our acts of affection as quotidian experiences instead of pathological shame. Our public displays of affection have the power to move us from the periphery to the center of society by showing that our love, lust, and everything in between are legitimate and do not need to be hidden.

Helen McDonald is a 20-something college student living off of bad cooking, social justice and a lil snark. She also discusses the intersections of race, gender, and sexuality on her personal blog revolutionaryrainbows.tumblr.com and is a contributing writer at ElixHer.com.