This week I was honored to attend a screening of The Punk Singer, Sini Anderson’s much-anticipated documentary about the life, career and legacy of Kathleen Hanna. The first thing I learned was that Kathleen Hanna can do literally anything – it opens with scenes of her performing spoken word, and goes on to describe how she went on to form some of the most influential girl bands in history, help start a nationwide zine movement and inspire an entire generation of young women to become proud feminists.  The film spends a great deal of focus on the origins of Bikini Kill and the evolution of Kathleen Hanna’s artistic expression, peppered occasionally with adorable interview excerpts from the likes of Joan Jett, Kim Gordon, Tavi Gevinson, bandmates Kathi Wilcox, Tobi Vail, JD Samson and Johanna Fateman, and her husband Adam Horovitz.

Over the course of the movie, we learn a great deal about the origins of the Riot Grrrl movement, the dynamics of Bikini Kill and Le Tigre, and the debilitating mystery illness that threatened to end Hanna’s career (she was recently diagnosed with late stage Lyme Disease). What was most refreshing, though, was getting to see sides of Hanna’s personality that aren’t always immediately apparent from interviews and stage banter – the funny, charming, self-effacing woman who was uncomfortable with the attention that came with being a frontwoman, but who fought constantly to be taken seriously as an artist, and who is still coming to terms with the impact she’s made and continues to make on the modern feminist movement. 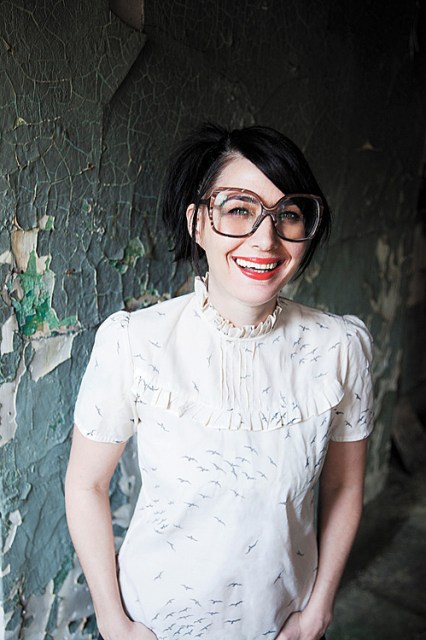 Also, being Best Person In The World probably didn’t hurt.

After the credits rolled, Daily Show co-creator Lizz Winstead and Kathleen Hanna hosted a brief Q&A with the audience, who asked about everything from her abiding love for Kathy Acker to substance abuse to reconciling her feminism with being married to a dude. Although she seemed a bit uncomfortable with all the attention (“I’ve been doing all this press for a movie I didn’t even make!”), she expressed excitement about the improvements in her health which are finally making it possible for her to record, perform and express herself the way she wants to. 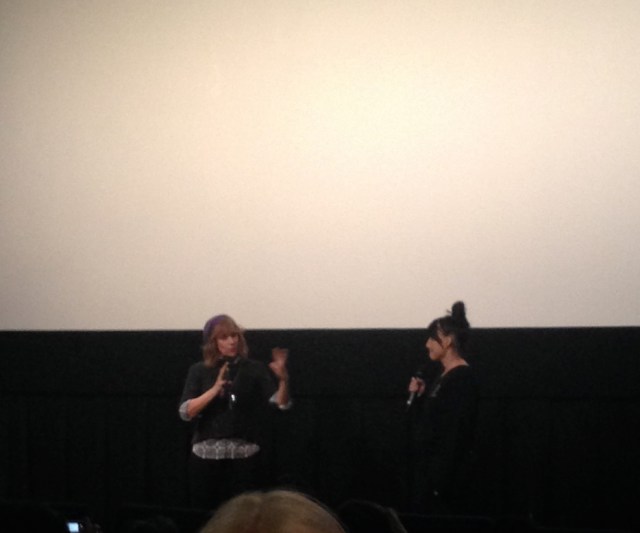 Kathleen’s new band The Julie Ruin’s new record Run Fast is available now, and The Punk Singer is available on iTunes and/or screening in the following places: