Previously on Pretty Little Liars, all the Liars had one or two love interests each, except for Emily, who had zero love interests, like maybe instead of jumping five years ahead, Pretty Little Liars jumped back to 2004 where only straight characters can kiss each other and the lesbian’s gotta run around town on her own doing storylines by herself that involve tragedy and sadness and general horror at the fact of being alive. Also, Devil Emoji stole her eggs from her ovaries.

Emily, Alison, and Hanna walk right into Sara Harvey’s room at Radley, bold as brass, bright as day, just let themselves in the front door. Her crap is strewn everywhere, which Emily thinks is indicative of what’s going on inside her brain. They have returned to this place to crawl back down into the basement through the hole in the closet wall, but there is no longer a hole in the closet wall. It sealed itself up to them because they became aware of the power of female sexuality. Just kidding, this isn’t Narnia and they’re not Susan Pevensie! Sara patched it up, probably with her elbows. The Liars are forced to hide inside the closet when the maid lets herself in to clean up Sara’s mess, but they escape without being seen. Just kidding again, the maid is actually Devil Emoji. She peels off her face and tosses it in with the dirty towels. 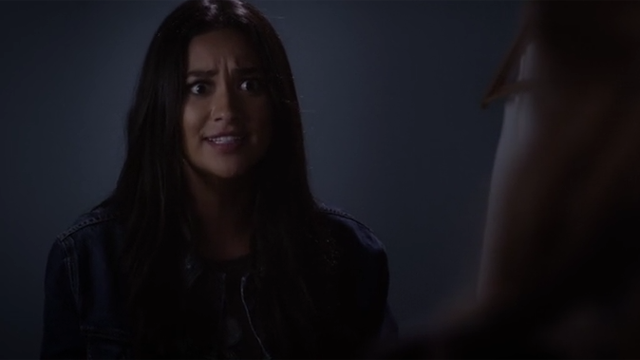 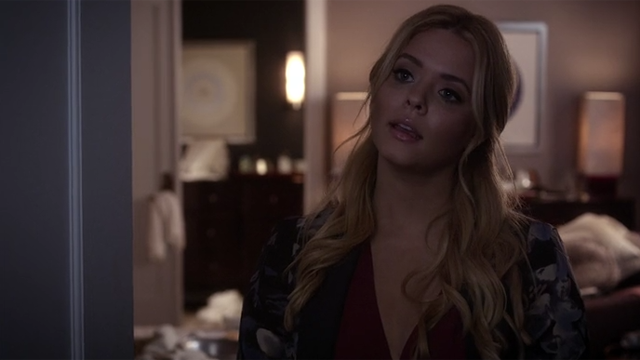 I also used to be a glorious Machiavellian mastermind with a pilot’s license. I am unrecognizable.

Where is Spencer, you ask? Having quite a day, let me tell you. She confronts Veronica about her cancer with all the tenderness of a rabid water buffalo. Veronica was going to tell Spencer and Melissa about the cancer after the election, she swears, but Spencer, who has been interning on the Hill for 12 entire months, knows everything about how politics work, okay, and Veronica is going to be in big trouble with the voters when this whole cancer thing comes to light. Especially if it’s someone besides Veronica who tells them about it.

Having convinced Veronica to go public before the Phillips campaign can do it, Spencer then turns her attention to Melissa, who has returned from a trip to Philadelphia with a brand new suitcase. Spencer spends an inordinate and aggressive amount of time questioning her about her old suitcase. Not even just Spencer, though. Spencer asks her a million things about her old suitcase when she sees her the first time. Then, Spencer and Caleb accost her about it together. Melissa is like, “Why are you being even more intense and weird than usual?” And Spencer legit goes, “I told Caleb about your broken suitcase because he likes to fix things.” And then they keep asking her questions. When did it break, exactly? At what hour in the day? Where was it when Melissa wasn’t holding it in her hands? The trunk of a car? Was it alone in a hotel room? Did she blink maybe when she was standing out on a sidewalk with it and someone sneaked up and ripped off the handle? 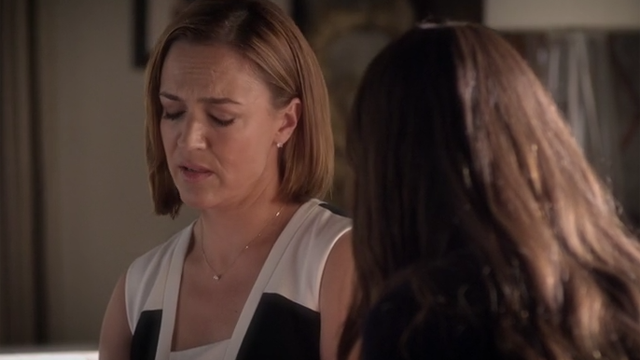 Spencer, what do you want from me? 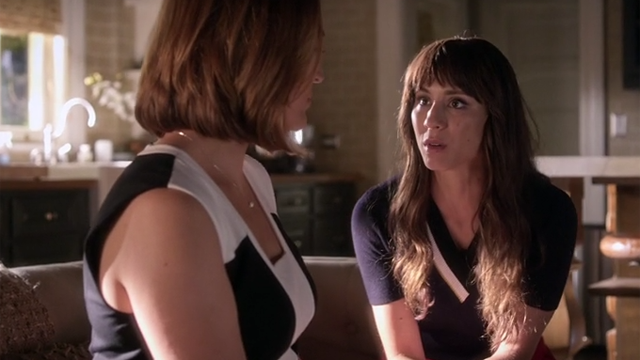 I want to ride on your coat tails all the way to the White House where I will make matriarchy the law of the land!

Oh, but Spencer cannot let it go, especially after Hanna tells her this story about what happened one time in the tiny village of London where she and Melissa both lived at the same time. Hanna was in this restroom, right? At a party? Well, while she was reapplying her lipstick and leaving a message for someone about fashion things, Melissa came stumbling out saying English slang and yelling about Charlotte. Apparently Charlotte called Wren to tell him about the time that Melissa buried Bethany Young in their back yard when she saw her dead body just laying back there, all lifeless and not breathing, because she assumed Spencer had killed her during one of those Ritalin-fueled murder sprees she was always having sophomore year. So Wren left Melissa (because up until that point he had been operating under the delusion that Melissa wasn’t the shadiest motherfucker in the entire Hastings family, for some inexplicable reason). Melissa got so angry in that loo in London that she speed-dialed Radley and started screaming at the receptionist about, “This is Alison! Wake up my sister!” And then at Hanna about, “Somebody’s gotta make her pay!”

I can’t believe the Phillips campaign can get their hands on Veronica’s medical records but not on the Snapchat Melissa used to confess to Spencer about the Bethany Young thing. 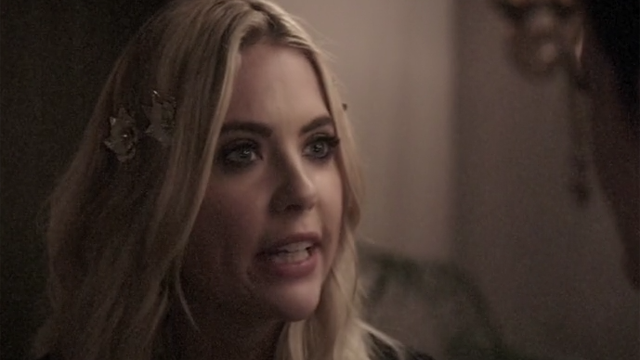 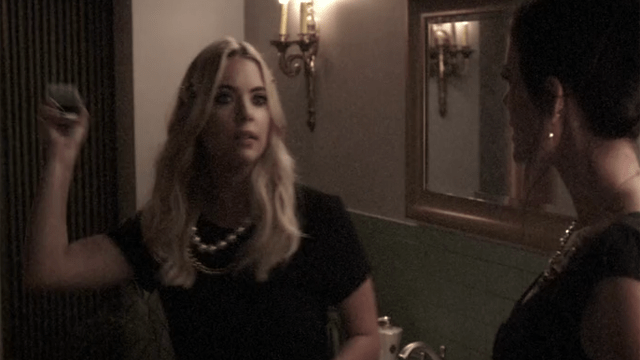 You have to hurl it into a bonfire, like this!

Veronica does make the announcement about her cancer. But then somebody makes an announcement that Yvonne had an abortion in high school, which is a problem because they’re a pro-life campaign, and the Phillips IT people track the announcement to Spencer’s IP address. (How do they even know Spencer’s IP address?) Spencer didn’t do it; she was burning Caleb’s toast all afternoon. Which I guess means Caleb didn’t do it either. But he confesses to it anyway so Spencer doesn’t get in trouble, and Veronica kicks him out of the campaign barn, to wander the streets as a hobo once more.