Welcome to the pop culture fix, a weekly look at which fixes are in, why, and how.

+ One Big Happy turned out to be a flop, so NBC is aiming slightly lower with Relatively Happy, a more accurate description of the current lesbian mindscape. This multi-camera sitcom will feature Jane Lynch as Bobbi Martin, “a fast-living, Scotch-drinking, three-piece-suit–wearing, womanizing divorce attorney who is Henry’s boss, mentor and “father” figure.” Like other noted castings these days — such as Carrie Ann Moss as Jeri Hogarth in Jessica Jones and Aubrey Plaza as Lenny in Legion — the role of Bobbi was originally written for a man, but producers Max Mutchnick and Jeff Astrof changed their minds about that after determining that a woman was the “best person for the job.” Kinda seems like writers are most eager to gender-flip a character into a lesbian when they can describe her as a “womanizer,” yeah? Anyhow, the story is centered on an adult brother and sister who end up co-habitating after one suffers a big loss, thus forcing the previously distant siblings to become each other’s best friends and wingmen in this dark sad world of love, loss and work.  Also, I just was on Jane Lynch’s IMDB page and why didn’t anybody tell me she’s playing Janet Reno in an upcoming project about the Unabomber?

+ As you may or may not know, I do my very best to avoid writing about things that might happen in the far-away future, rather than things that definitely are happening in the present or near-future. But when Gina Rodriguez expresses interest in playing America Chavez, the legendary comic book character now written by our very own Gabby Rivera — well, I have to tell you that!

+ Here’s a cool interview With Nabila Hossain of “Brown Girls”:

There’s another thing about this show, it has confidence and doesn’t apologize and just jumps in. The idea that this character is queer, not a lesbian, how did that feel playing a character that was queer?

It felt the same as if I’m a girl who likes a person but I’m not sure if I want to be with them. My experience in performance and community has been so heavy that my respect for love and passion is so strong. If you are battling the idea of loving someone and not loving them, you are the only person who is allowed to feel and be connected to what you love.

And that’s what I felt with Leila and that’s the experience I drew from — I’ve been in this situation where I liked someone but wasn’t sure if I wanted to continue something with them but had all these feelings and was trying to work through and gain acceptance from my family. That’s what I was channeling. Being queer or harnessing that identity is no different than the harnessing of love and fear of acceptance for who you love.

+ Welp, it’s 2017! And there’s never been a better time to ask Charlize Theron how it felt to kiss — wait for it — ANOTHER HUMAN FEMALE !!!! — for a movie. Good news: Charlize found her lesbian kiss from Atomic Blonde, much like the ten billion others she has engaged in throughout her career, to be “easy,” because Sofia Boutella is “gorgeous.”

+ Indian filmmaker Shonali Bose, who made the queer film “Margarita With a Straw,” is developing a TV series for Paramount based on a novel called “The Windfall,” about “an Indian couple in Delhi who are suddenly catapulted from their humble middle class origins into massive wealth.”

+ Did you read Karly’s interview with out actresses Natasha Negovanlis and Elise Bauman? There’s still time! Also, check out Natasha’s speech at the Canadian Screen Awards here: This Actress Gave A Speech Reminding Everyone Why Queer Representation Matters.

+ Newsweek looks back on ‘When We Rise’ and The (Sorta) Long History of Queer TV Movies. If you liked that, you’ll really love this thing that I wrote for Autostraddle dot com: When After School Specials Made Gay People Seem Not-So-Special.

+ Tegan & Sara want to see more lesbians in pop music, according to new interview with Q magazine. They’d like to see some diversity too, though. Here’s Sara:

+ At South By Southwest, the Grand Jury Award in the narrative feature competition has gone to Ana Asensio’s Most Beautiful Island, a psychological thriller about undocumented female immigrants in New York.

+ New ‘Dykes to Watch Out For’ Tackles the Ides of Trump

+ The 25 Most Powerful Stylists in Hollywood: 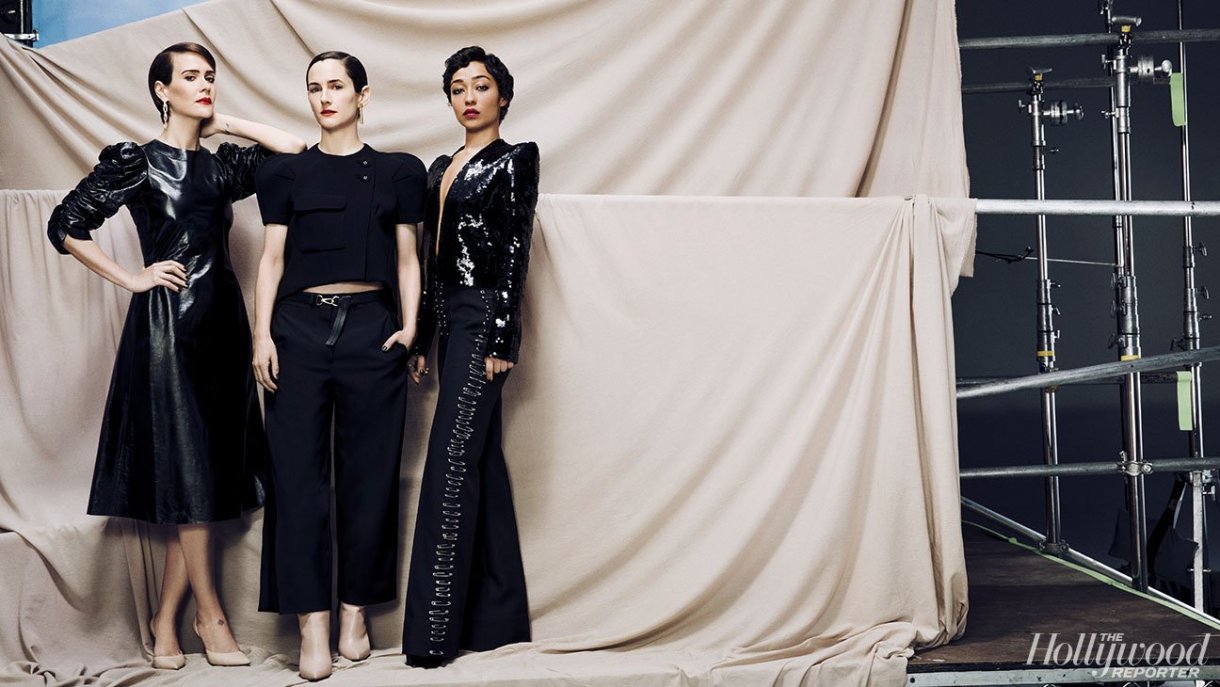