“Did you see this?” a friend said, pulling my attention from the television screen and onto the iPhone she held up to my face. It was Saturday — just over one week after inauguration — and I was listening in disbelief as a pair of news anchors struggled to make sense of Trump’s new Muslim ban, the latest in a string of controversial actions the reality TV star had taken in his first few days as president.

I took my friends phone, scrolling through illustrations of a curvy, dark-haired woman in a blue starred T-shirt. I quickly learned that the woman in the pictures was America Chavez, Marvel’s new, queer Latina superhero.

Over the past several months, I have watched my surroundings transform into some sort of fictional dystopia. Despite this, seeing illustrations of America Chavez have filled me with hope.

As a Latina kid growing up in a primarily white community in the Pacific Northwest, I was always desperate to fit in. But without friends or role models that shared my mixed, diasporic heritage, my childhood was isolating. I remember watching the other kids at my Catholic elementary school devour comic books they saw themselves reflected in. But I never had much of a reason to open one up; inside, I only found further proof of my incongruity. 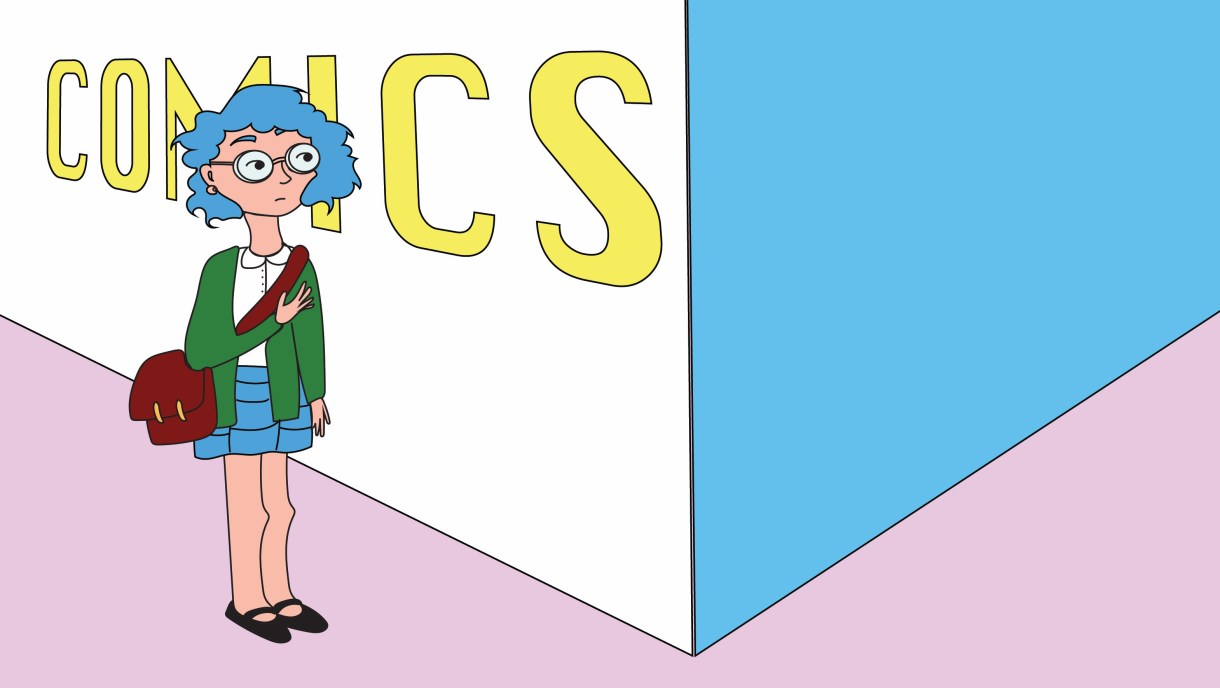 Lately, I am often reminded of this feeling whenever I consume the seemingly-endless stream of politically-charged news headlines. Each one, it seems, tells of a new, dire threat to many of this nation’s communities — from African Americans and Muslims to immigrants and LGBTQ+ individuals. Like many who have multiple intersecting identities, I am member of more than one of these groups.

Being a marginalized person has never been easy. But in times of intense sociopolitical upheaval — such as we find ourselves in today — many of us are especially, and disproportionately, affected. Still, difficult times throughout history have often given rise to unique manifestations of endurance and resistance. Today, I see no better example of this than America Chavez.

Chavez, who Boricua writer Gabby Rivera defines as a “foxy, badass, hard femme Latina,” was originally introduced to the world in a 2011 miniseries called Vengeance. After receiving a lot of attention, she was revived in a 2013 reboot of the Young Avengers. Starting today, she is once again being brought to life as the main heroine in a new Marvel comic.

Comics and other forms of critical art and commentary have long been used as tools for social resistance. All around the world, comics and cartoons have been and continue to be used as vehicles for political commentary — from Argentina’s Mafalda who provided nuanced social commentary during one of the most tumultuous times in Argentina’s history to Persepolis’ reflection on Iran following the Islamic revolution. Here in the United States, companies such as Marvel have long used the comic industry as a platform for social and political commentary.

Recently, we have seen Marvel, in particular, prioritize the inclusion of more diverse characters, such as Muslim character Kamala Khan and the queer black characters in Roxane Gay’s “World of Wakanda.” To me, the increased incorporation of queer and non-white characters in mainstream cartoons and comics marks a new and necessary paradigm of critical commentary.

Our current sociopolitical climate has taken a toll on large swaths of this nation. However, it is crucial that we acknowledge the unique impact current events have had — and continue to have — on marginalized folks. Though many marginalized individuals have long felt like we are not a priority, today’s administration has made it abundantly clear that this is, in fact, the case.

Often, being a marginalized American means feeling like an afterthought. Whether we look at this country’s prisons, which teem with brown and black bodies, the millions of hardworking immigrants who are constantly written off as dangerous criminals, or the many LGBTQ+ individuals who are routinely denied basic rights just because of who they love, it is difficult to deny that, for many of us, a Trump presidency is much more than just a four-year inconvenience.

But, as many of us struggle to find our footing in a country that repeatedly treats us like second class citizens, characters like Chavez provide a glimpse of hope in the face of darkness. When I look at her toothy, defiant smile, I see the persevering face of brown, queer America.

I grew up accepting that I would never see myself or my reality reflected in mainstream comics. But today, in a time where many marginalized individuals are constantly robbed of our agency and power, fictional characters like America Chavez are challenging these assumptions. My only hope is that Chavez and others like her will one day be the norm, not mere exceptions.

I still struggle every day to find and remember my strength in the face of adversity. In all likelihood, having marginalized identities will continue to be a challenge, long beyond just the next four or eight years. Even so, when I think of America Chavez — her curvy figure, bushy brown hair, and unapologetic queerness — I can’t help but smile.

It may sound quixotic, but often just knowing Chavez exists helps me stand a little taller and feel a little bit stronger. And while I don’t know if comics alone will have the power to entirely transform our society’s status quo, to me Chavez is indisputable evidence of a brighter future. And, on most days, a little bit of proof is all I need.

Ludmila is a Latina writer, editor, and illustrator based in Brooklyn. She has previously written for Complex, The New York Times' Women in the World, Brooklyn Magazine and more. To get in touch, find her on Twitter or visit her website.

Ludmila has written 1 article for us.