+ An Orange Is the New Black season five teaser trailer has arrived in the wild. No new footage but here’s some new information: The new season kicks off on June 9.

+ Hey, Marvel’s Runaways, which is coming to Hulu later this year, has cast its main characters and they’ve replaced two white characters from the comic with Latinas which makes me even more excited for this show. It’s by Josh Schwartz and Stephanie Savage, who did Gossip Girl (the first three seasons of which were perfect TV; I don’t care what you say!). And Karolina Dean is one of the first lesbians I ever saw in print!

+ Jasika Nicole is voicing her own Adventure Time character! Her name is Freida! KaeLyn pointed out to me that QueenBean03 pointed out to her that there were strong gal pal undertones between Freida and Susan Strong in last week’s new miniseries. 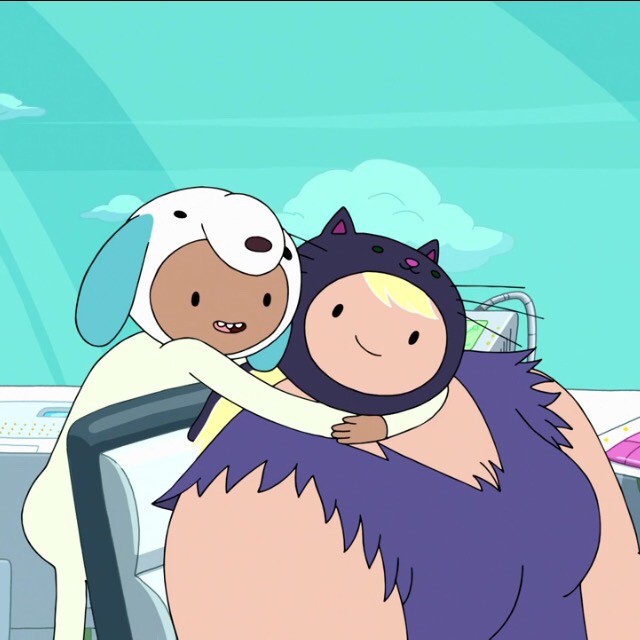 + Somebody told Kate McKinnon how to get to Sesame Street.

.@BigBird made a new friend today and she is the best! Kate McKinnon, thanks for visiting! #Season48 pic.twitter.com/YiRBtO2by8

+ Another childhood dream of yours Kate McKinnon is making come true is: She’s taking over a rebooted version of Magic School Bus. She’s filling the shoes of Lily Tomlin, who voiced the original Ms. Frizzle in the ’90s series. Just a true legacy of magical lesbianism being animated right before our very eyes. (As always: Thanks, Canada!)

+ Orphan Black will be back on June 10. Valerie Anne will continue her recaps for the show right here on Autostraddle dot com.

+ For real why can’t Shonda Rhimes just take over the world?

+ LISTEN UP. Vita & Virginia is a new movie about the romance between Virginia Woolf and Vita Sackville-West. It’s a real thing. A real movie. And it’s going to star Eva Green and Gemma Arterton! What I feel about this is ecstatic, especially because it gives me a reason to revisit their brilliant letters to each other and one of my all-time favorite lover’s pleas.

Look here Vita — throw over your man, and we’ll go to Hampton Court and dine on the river together and walk in the garden in the moonlight and come home late and have a bottle of wine and get tipsy, and I’ll tell you all the things I have in my head, millions, myriads — They won’t stir by day, only by dark on the river. Think of that. Throw over your man, I say, and come.

+ HuffPo has Evan Rachel Wood’s full speech from the Human Rights Campaign event she attended over the weekend. She didn’t know she was bisexual until she heard another actress say the word bisexual!

As an actor, my job is to look at a stranger and find myself in them ― to connect the dots, to have such empathy for a character that I can read someone else’s words and be moved to tears. Turning empathy into vulnerability… and it wasn’t until I saw the effect that it had on other people that I really started to see how powerful really allowing your most vulnerable parts to be seen was. I saw another side to what I did, and it was the power of visibility.

+ People interviewed Gigi Gorgeous about realizing she’s a lesbian. “I was new to living life as my authentic self, so when I found someone who accepted me, I was on top of the world,” she says about her first relationship with another woman. Gigi also has a new documentary out that focuses on coming out as trans and also coming out as a lesbian; you can watch it on YouTube Red.