Hello welcome to your weekly Pop Culture Fix, in which we talk about all the queer and feminist things that offer us escape from this dark sad world. Also I took four Midol today and it isn’t helping, just so we all know where I’m at right now.

+ I feel like y’all were not sufficiently excited about the reboot of America’s Next Top Model when I talked about it two weeks ago, but don’t worry, it won’t stop me from talking about the fact that the series has already managed to stir up serious dyke drama in THE FIRST EPISODE. And uh… there’s also a trans woman named Quei in the first episode who is the token bitch and doesn’t make it to episode two, which was really neat of them to do for all of us here in this SUPER trans-friendly world of ours! Cody hasn’t done anything gay yet, stay tuned. 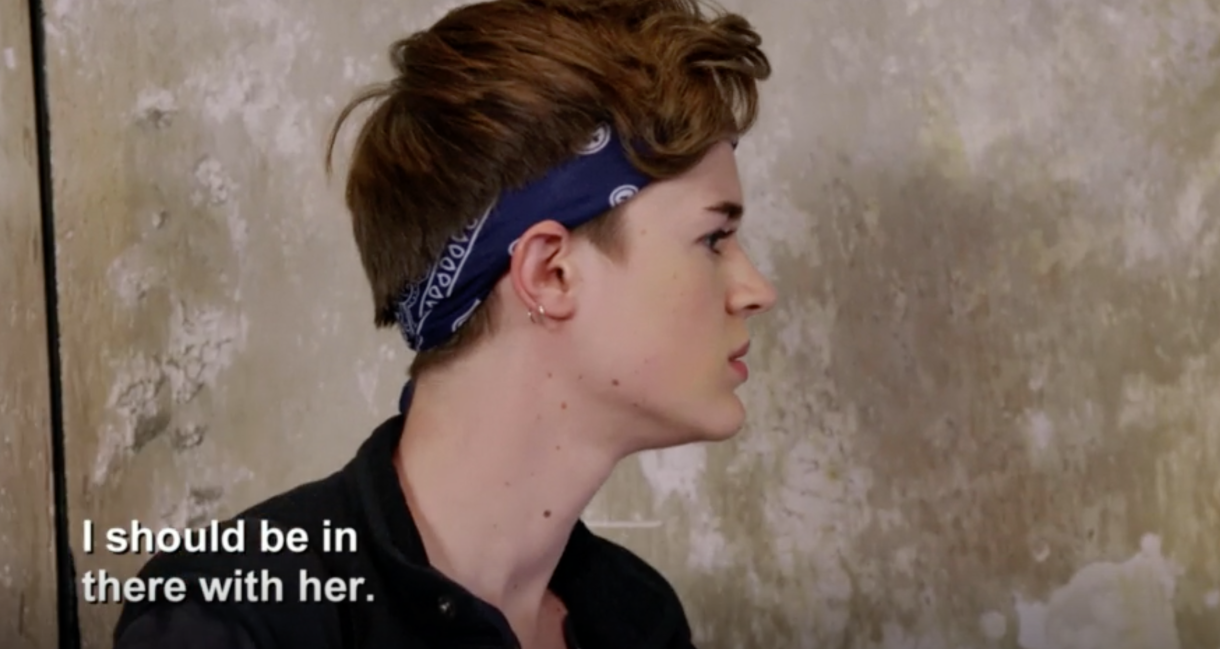 Here’s the thing though — Ashley Graham is a judge, and yet there are no “plus size” contestants this season. Danielle Brooks noticed this too, remarking, “As a plus woman being seen only 1 per cent of the time is a real thing. Period. After watching #ANTM last night I was super excited to see my girl Ashley Graham but bummed out not to see any plus contestants.” See also: Who Is Rita Ora, And Why Is She Sitting In Tyra’s America’s Next Top Model Chair?

+ Hayley Kiyoko is rad and OUT and smart and talented and I can’t wait to see what she does next. This week, she talked to Paper Magazine about finding her creative voice:

Lily looked me in the eye and asked, “Tell me something nobody knows about you, something you are afraid to sing about?” I immediately thought, well I like girls and that’s what I want to sing about, but even then I struggled to say it out loud. Finally, I told Lily that I always say “you” and “them” and never the pronoun “her” in all my songs because I was afraid it wouldn’t connect. We talked more about concepts and my experiences, and how I loved the idea of stealing another guy’s girl because that was always a fantasy of mine. Growing up, everything I did was always about girls. I took dance because of girls. I got involved in student council because of girls. Not that I ever expected any of them to like me back, but I just felt comforted being around them, even if I could never date them. So there we were. The song “Girls like Girls” was born.

+ There’s still 15 days to support this webseries: “The Last OK Place web series will introduce you to a grungy, dark comedy that follows a zombie clean-up crew lead by the sardonic Quinn Wilder. Filmed in Missoula and the Montana wilderness, our 10 episode series will be a genre bender incorporating horror, comedy and drama.”

+ How did LGBTQ people win out at the Golden Globes, you may be asking yourself. Well: Moonlight scored six nominations, “Transparent” got two nominations, Sarah Paulson got a nod for “The People v O.J. Simpson: American Crime Story” and Evan Rachel Wood for “Westworld.”

+ Alexandra Billings gave a speech about trans youth and then did a mash-up of “I Don’t Care Much” from my favorite musical CABARET and “Creep” from one of my favorite bands, Radiohead. I didn’t cry! What are you talking about.

+ It appears that the tenth episode of season one of a show called “Timeless” featured a lesbian couple. I don’t know if they died or not.

+ Male Tears for Fears: Embracing The Ironic Performance of Misandry

+ Newly out bisexual Fifth Harmony member Lauren Jauregui has been cited for possession of marijuana.

+ There is no day like today to get yourself some Dead Lesbian Society Enamel Pins.

+ Jael From America’s Next Top Model Is Sober, Reflective, Also A Lesbian Apparently

+ The Golden Globes show why people of color need to be behind the camera, not just in front

+ GOTHAM CITY SIRENS Could (And Should) Be An LGBTQ Landmark