I’m a girl on the move. Between a long-distance relationship, science conferences, science-fiction conventions and a general love of random adventures, I’ve managed to log well more than 15,000 miles of travel in the last year alone. I think I’ve travelled by just about every mode of transport available in that period: car, bus, airplane, train, boat, TARDIS, submarine, etc. Wanderlust is my nature, and I’ve long hoped to set foot on all seven continents. Unfortunately, because I’m a trans woman, globe-trekking (and even North-America-trekking) comes with a considerable amount of risk and hassle. Queer folks of all stripes have extra complications when the travel; after all, the world is full of places where LGBTQ people are not welcome. But, a number of specific factors put trans people in a category all their own when it comes to incurring an onslaught of hassle, harassment, and danger for even the most mundane of trips.

Perhaps one of the largest and most common difficulties we face have to do with those little cards with unflattering pictures on them. Before our legal name change, we’re often stuck with a name on our legal IDs that conflicts with our presentation, and that tends to catch the notice of government types. It can lead to everything from extra touchy-feely time and other “enhanced” screening from the TSA to lengthy questioning and/or entry-refusal from Customs and Immigration. Unfortunately, even after changing our names, we’re often stuck with an improper gender marker on our IDs due to draconian laws that require bottom surgery before they’re willing to change an M to an F, or vice-versa. That adds a huge complication to traveling by air, as you are required to declare your “legal gender” to the TSA when buying your ticket, and presenting in “conflict” with the gender that appears on your ID is likely to earn you some additional TSA attention. As Autostraddle Contributing Editor Mey Rude, a trans woman, wrote in our recent Travel Rituals roundtable, “I’ve been repeatedly misgendered and had TSA agents read my birth name off my ID, look at me, and shout my birth name at me, asking why that’s my name.”

This is made even more complicated by the current body-scanning systems (which have dubious results to begin with) that are based on sex. Trans bodies may not fit the computerized model of either sex, meaning trans people are far more likely to have to endure pat-downs or other additional screening measures anyway. Unfortunately, the TSA also appears to have some institutional problems when it comes to how it treats transgender travelers. An Al-Jazeera report earlier this year revealed that the TSA has violated its own protocols with regards to trans people. Obviously, no one is excited to spend more time with the TSA, particularly a group as at risk for harassment and abuse as trans folks, so many simply won’t fly. 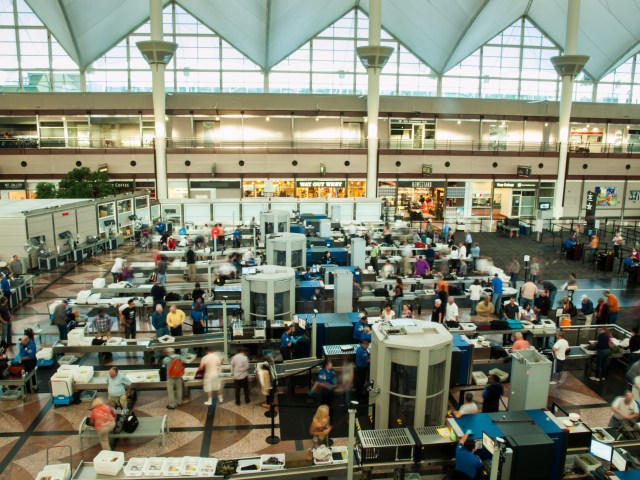 Before my name change, I avoided airplanes and crossing international borders altogether. The dissonance between my clearly-boy name and obviously-girl presentation caused enough awkward situations with bartenders and bouncers; the mere thought of dealing with the TSA or Customs was enough to make my stomach do backflips. National Center for Transgender Equality Executive Director Mara Keisling has noted that “transgender people end up as collateral damage in TSA’s security theater. Any security system that relies on gender and ‘anatomical anomalies’ will always disparately affect transgender and gender non-confirming people.”

When I flew for the first time in many years last January, I spent hours going over the current TSA procedures for transgender people so that I was prepared for every eventuality. I carried my letter from my therapist, a copy of my name change order, and a letter from doctor explaining my gender, hoping to cover any objection the TSA may have. I even went as far as to carry the number for the local ACLU office, just in case things got ugly. These days I fly pretty regularly, but my anxiety levels still skyrocket every time I step into the security lines. I seem to run about a 50/50 risk that the agent who looks at my ID will misgender me, and the full-body scanner always seems to find something “suspicious” between my legs that requires an entirely-too-intimate check— and often disgusted look— from the nearest lady screener.

A transgender woman (who chose to remain anonymous) told me she had a similar experience with the TSA. After passing through the scanner, she was stopped by a TSA officer who called her “sir.” “I corrected him by loudly saying ma’am,” she told me. “The machine probably picked up on my rather obvious boobs. So he switched it over to the correct gender and had me step back inside. Now, I was tucking that day, but the machine picked up on my genitals anyway, and decided to flag me.” She had no choice but to consent to the subsequent pat-down — she needed to get home, somehow. “At least a woman was the one who did the pat down,” she explained, “but I definitely considered that non-consensual touch under coercion. And when I’m talking about touch, I mean my inner thigh and a light brushing of my genitals. That ended up triggering me really badly.”

Even before we book that plane ticket and endure the prodding of the TSA, we’re forced to deal with just how inherently limited our travel options are. One of the most heartbreaking moments of loss I felt during transition was realizing just how many places in the world that were now completely closed to me. Aside from Western Europe and a few places in Asia, much of the world has a big “off limits” sign on it for the transgender community. Much of the Middle East, Asia, Africa, and South America are extremely dangerous for trans people. This means I’ll probably never get to see Petra, which my girlfriend refers to as the most beautiful place she’s ever seen. I’ll never see Valley of the Kings like I’ve dreamed about since I was a child. I’ll never see New Delhi, Jakarta, Istanbul, Tangier, Rio de Janeiro, or dozens of the other places that have been on my list since I was a teenager.

“Ok”, you might say, “so a lot of international travel is out, but you can still travel domestically pretty freely, right?” Well, no, I can’t really do that either. In many parts of the US, I could still be arrested for using the women’s restroom, and would probably get tossed in the men’s jail to boot. In fact, Arizona was moving in that direction last year, so I actually skipped an important scientific conference in Phoenix where I had research to present because I wasn’t sure that I’d be safe. When in South Carolina for Christmas this year with my family, I endured stares, rude comments, and misgendering just about every day. A short trip to rural North Carolina for a funeral didn’t go much better. Mississippi recently legalized discrimination if it happens for religious reasons, so I could be refused anything from a hotel room to emergency room assistance for being trans, and a number of other states are considering similar legislation.

“Hmmm,” you might say, “just avoid the South, then.” Sadly, something as benign as a bathroom stop on a road trip can turn into an ordeal trans people even in ostensibly accepting areas. I’m still often nervous to make even relatively short car trips around the midwest by myself. My home state of Michigan has never felt particularly friendly to trans people in the wide expanses between our urban centers. I remember once driving straight from Detroit to Chicago without stops for gas, food, or bathrooms because I was too nervous about what I might encounter in the more rural stretches in between. A quick stop for gas on a trip up north earned me the stares of nearly everyone in the store; an emergency bathroom break at a fast-food restaurant in Ohio had a woman threatening to call the cops as I ran out the door.

Mey, who lives in southeastern Idaho and does most of her traveling through or to Utah, has similar fears about traveling through a “frighteningly religious and conservative area that’s notorious for being anti-LGBT.”  She told me, “because of that, I’m often afraid to stop at smaller looking rest stops or gas stations that I find in Idaho and Utah, and I try to make sure I only stop at ones that are in bigger towns or places that seem more safe.”

In talking to a number of other trans people about their travel difficulties, I heard many of the same themes I have encountered: hassle, harassment, and complications. Most people I spoke to had had some manner of difficulty with the TSA, many had unfortunate encounters with other law enforcement, and everyone talked about how scary and dangerous finding a bathroom can be.

Leina, a trans woman from São Paulo, Brazil, told me that she’s thankfully not subjected to problems relating to her trans status at home, but as soon as she leaves home, like when she visits her parents in a neighboring town, problems began. “People point and laugh to their heart’s content,” she recalls. She gets harassed consistently, like people shouting “that’s a girl, that’s a tr*nny” or praying loudly as she passes, which she knows that they think “(verbally) harassing a trans girl is backlash-free.” Leina said that when she travels further into the countryside, “things get really ugly. I am constantly solicited for paid sex, even while walking with my family and people get aggressive when I refuse. Aside from that, violence and death threats are common in the countryside.”

Obviously, I’m not allowing all of these complications to prevent me for traveling all together. I still hop on a place every few weeks to see my girlfriend, my convention and conference schedules haven’t slowed at all, and I’m definitely planning some kind of adventure for next summer. It’s more doing my research, knowing my rights, being prepared, and keeping my head up. I still plan to travel to the world— it’s just disappointing that my world is a little bit smaller.