Artist Debbie Grossman has created a queer photo project called “My Pie Town” — albeit without taking any of the photos in it. It features Depression-era photographs of American families, photoshopped to include only women. She altered the facial structure of men in some photos to have more stereotypically feminine features, and removed them completely in others. The show will be at the Julie Saul Gallery in New York until May 21, but you can check out the full gallery of images at the above link. 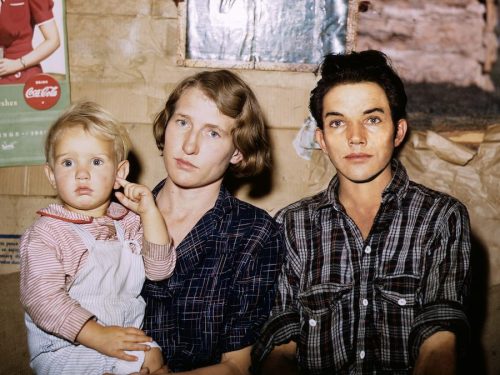 Grossman told The Morning News about the purpose of her project:

“I thought it would be fun to remake the whole town in a way that reflected my own family, and I imagined a Pie Town filled with women. The main reason for doing so was to give us the unusual experience of getting to see a contemporary idea of family (female married couples as parents, for example) as if it were historical. But I am also very interested in using Photoshop to create imaginary or impossible images — this is something I have done in other work as well.”

I first read about the Pie Town project on The Hairpin. The comments on their article started to convince me that maybe this was weird; if maybe editing the historical record of real people in the name of art and representation was an interesting investigation or an overstepping of boundaries. Of course, there’s the ever-present discussion of whether Photoshopping historical photographs is “art” at all (more on that later). Beyond that, retroactively changing someone’s gender identity without their permission seems a little, well, appropriation-y, for lack of a better word. 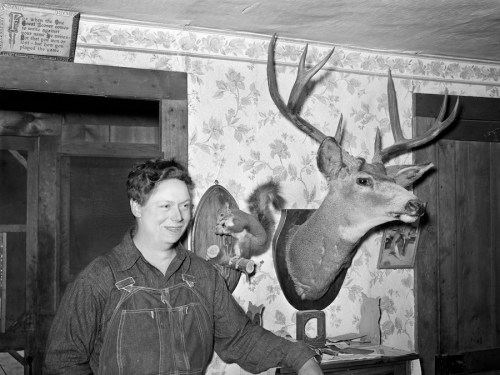 But the more I look at this stuff, the more I like it. It’s an interesting thesis, using modern technology to make a revisionist version of history that reflects a queer reality. Grossman has won me over, as it turns out.

My first problem with The Hairpin comments is that I am sick and tired of people asking, “Is this art?” That question is more destructive than useful. People have used it for centuries to cut “othered” expression out of the conversation because of gender, race, sexuality, class, whatever. The Western, masculinized conception of the artist as a tortured male who cuts his own ear off has excluded a lot of awesome people. Maybe I have a broader definition than most people, but if someone says a thing is art, then it is. That’s all it takes, one person who finds artistic value in something. That something does not have to be a painting, it does not have to be an example of some well-developed skill, it does not have to be created by some tortured soul. If Carolee Schneeman wants to stand naked in a room full of people and read from a scroll she’s pulling from her vagina and call it art, then it IS. 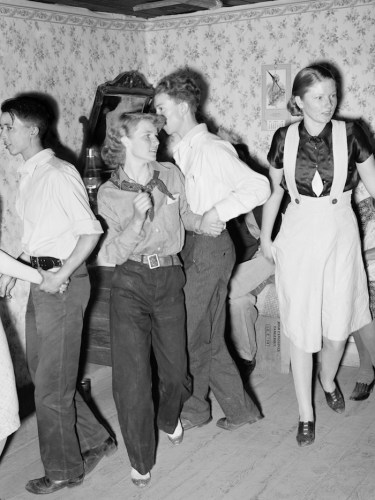 In my (relatively informed via my undergraduate degree) opinion, Grossman doctoring old photos to reflect a new idea of family is definitely art. She is trying to express a very specific message; she’s addressing a genuine gap in our collective memory, a lack of any kind of record of queer families (which have always existed, regardless of time period). She wants to invoke (and provoke, for some people) a certain feeling in her audience. There was once a time when people did not consider any photography at all to be art because it was a technical process. That is happening all over again with Photoshop, but it’s no different than the collage works that have been part of the Postmodern movement for decades.

And I don’t have much of a problem with her taking old photos and making the people into someone new. We should really be over the sanctity of the photograph at this point, shouldn’t we? If the fashion industry is going to use Photoshop to destroy our notions of normal women, then I don’t have a problem with Grossman using it to highlight a new conception of what family means.

What do you think? Is this an interesting look at a faux queer 1930s, or does this make you feel weird?