I’d like to start by saying how glad I am that you’re here! Pursuing a career in the sanguine arts is one of the most fulfilling — and important — among the sidhe. After all, if we weren’t here to fill mortal men’s hearts with terror that the pretty woman talking to him might just be out for his blood, who knows what would happen? Why, they might even feel safe walking alone at night!

Now I know you’ll have a lot of questions; I hear them all the time. How exactly do I go about preying on foolhardy mortal men and filling my cauldrons with their blood? Will I have to spend a great deal of time with them first, listening while they talk about their deep affinity for Morrissey and how women just don’t understand sports? Well don’t worry, I’m here to talk you through the basics.

First, use your fairy magic to make yourself look like something the patriarchy wants to fuck. I know, I know, that’s all of us, but I mean the thing that it says it wants to fuck most of all. Long flowing hair, bitten lips and an unlikely silhouette. That sort of thing. Don’t worry, it’s not permanent; you only need to keep it up long enough to get the job done. 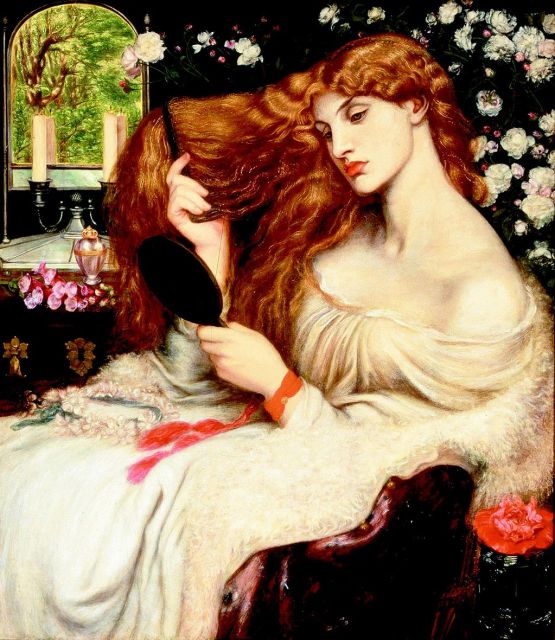 Now the next stage is deciding whether you have the patience to engage in long term emotional labour. It’s OK if not, joining the ranks of the Baobhan Sith — those blood-drinking, hard-partying ladies from the Highlands — is a perfectly respectable career choice. All you need to do is join up with some likeminded women, throw a bitching party in the middle of the forest and wait for the men to come to you. Location is of prime importance here, so make sure you pick a group of young trees for your party spot; you’re looking for just enough coverage to dance in and out of alluringly. Likewise, make sure you pick a night with moonlight; while a little darkness is mysterious, too much and your victims aren’t going to be able to find you. Once you’ve got this down all that’s left is a little bit of frenzied dancing to warm up and get your victim’s blood moving before getting down to the business of tearing his throat out.

While this is ideal if you’re a “wham bam oops I ate you all up” kind of girl, if you’re passionate about extracting a little protracted vengeance first you might want to try hooking up with the Dearg Due (caution: she might not be into sharing). Ireland’s most beautiful woman, she was assigned Ireland’s least pleasant husband because patriarchy sucks. Locked in a tower, seeing no one but him, she starved herself to death to get away from him — and, thanks to a loophole in her religion, unlocked the secret to undead eternal life in the process. Though not a fairy per se, she might appreciate some company as she roams the land, torturing and then consuming every young man stupid enough to come near her. If it turns out that she’s not looking to form a vampiric girl squad though I’m sure she won’t feel like you’ve stepped on her toes if you encourage your local Baobhan Sith coven to try playing with their food first. After all, it’s good to diversify, and she can’t avenge herself on the entire male population of Ireland singlehandedly.

Now if you do feel up to performing extended emotional labour for a self-absorbed manchild, the ranks of the Leannan Sidhe are always recruiting. Part therapist, part mentor, part life-force-consuming monster, this is a vocation, not a job. There’s no such thing as nine to five with this career, so you have to really love creating art and eating art bros to do it. 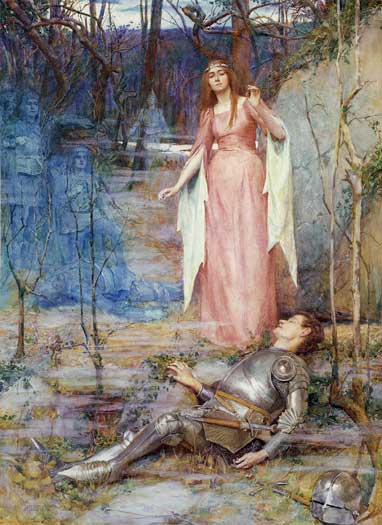 Though you’re encouraged to be proactive and seek out prey for yourself, if you don’t have it in you to be a talent scout, don’t worry; one will be assigned to you instead. It’s important to note that when choosing a victim that innate talent matters much less than immaturity, neediness and a belief that he’s entitled to a beautiful girlfriend who’s willing to workshop whatever he’s working on for free. Be prepared to tell him what a wonderful poet/artist/musician he is at least three times a day, and to spend interminable hours going over his half-finished screenplay about a misunderstood writer and whatever hair colour of manic pixie dream moppet he’s into this week.

As this is a slow burn sort of operation, you might want to keep several struggling artists/musicians/creative sorts on the go at once if you’re up to it. Staggering them will ensure you have a steady supply of poetic male blood to fill your cauldron throughout the month. You’ll have less time to yourself that way but sometimes that’s preferable to regularly pulling several-dayers at the end of the month because you’re running low. Invest in a day planner; you’ll find it’s a succubus-muse’s best friend.

The work we do here is vitally important to the work of keeping human men appropriately terrorised and no contribution is too small. Even if you can’t sustain the work longterm and are only with the department for a short period of time your contributions are necessary and they are appreciated. One cauldron full of blood is one cauldron we didn’t have before!