In 1949, Angela Calomiris — photographer, undercover FBI informant installed in the Communist Party, lesbian — served as a star witness in the first Smith Act trial. The trial, one of the longest in U.S. history, led to indictments for 11 members of the national board of the U.S. Communist Party (CPUSA) for “conspiracy to advocate the overthrow of the U.S. Government by force and violence.” It caused a media frenzy, demolished the Party, stigmatized anyone associated with it, and allowed the US government to rampantly target “subversive” groups over the next decade. And Calomiris, who worked undercover for seven years as a member of the CPUSA, played an integral role.

History is not kind to queer women. It buries them in dusty archives, relegates them to faded photos, reduces their voices to words printed in transcripts of lost recordings. If they appear at all. Lisa E. Davis, in her book Undercover Girl: The Lesbian Informant Who Helped the FBI Bring Down the Communist Party (forthcoming from Charlesbridge in May), digs through such forgotten files to unspool Calomiris’s story. 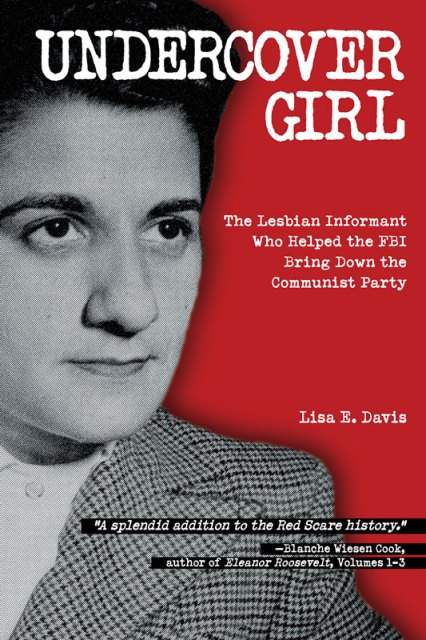 The first question at hand is why, in 1942, would the FBI accept Angela Calomiris, an unmarried resident of Greenwich Village, as a confidential defense informant? As it turns out, her being a lesbian wasn’t as much of a deterrent as one might expect.

In the 1940s, the FBI was still a fledgling body trying to prove its worth (and massively bloated budget). To get the information it needed, often by any means necessary, it would use just about anyone. Davis notes:

[I]f the FBI agents, or Hoover, knew she was a lesbian, and considering her masculine appearance a rather “obvious” one at that, they did not seem to mind. Reliable informers were not easy to come by, and some did not last long. It was one of those rare moments in American history when there was something worse than being a lesbian, and that was being a Communist.

Thanks to the Freedom of Information Act, and despite the best efforts of FBI censors, Davis had access to Calomiris’s complete FBI file. Based on those records, there’s reason to believe that the bureau did not necessarily find and approach Calomiris; rather, she was in the right place at the right time. She had ingratiated herself into the insular enclave of Greenwich Village from the time she left home; it was cheap, a breeding ground for creatives, and one of the only safe havens for queer women and men (the treatment of trans people is another matter) in New York at the time. Most bars and clubs struck deals with the Mafia to keep the police out as best they could. 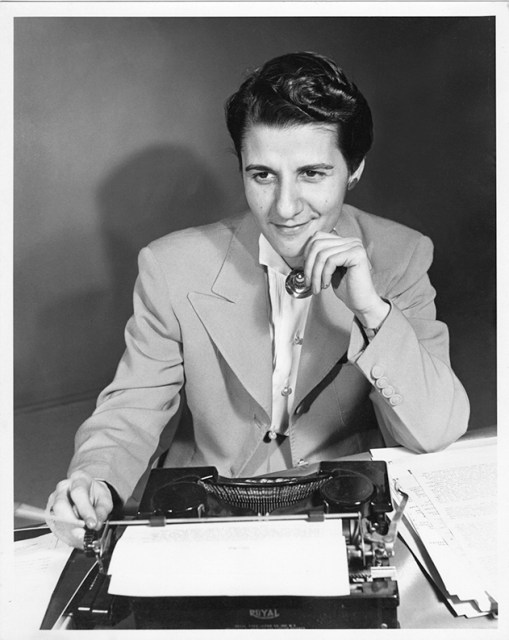 Angela Calomiris at her typewriter (image courtesy of Rae Skinner)

Gay people were not only targets for violence and arrest; they were also considered a suspect population in that they were more vulnerable to blackmail than a citizen of allegedly upstanding moral fiber. Davis writes:

[I]n fact, some members believed that Angela’s sexual orientation played a part in her collaboration with the FBI. […] Other prominent queers, like Angela, took an anti-Communist stand, either because they believed there was some real threat to national security, or because it was a good cover. Nasty rumors suggest the latter.

Being outed did not seem to be Calomiris’s biggest concern, since she would go on to blow her own cover by choosing to testify publicly, and especially since that there is no record of sexual-identity-related pressure from the FBI. (In fact it was the CPUSA that nearly expelled her for “not being quite as fiercely puritanical in her private life as party rules demand.”) And during the trial she earned plenty of enemies by naming dozens of names, implicating not only Party members but other Village residents in nefarious plots. She asserted that the New York Photo League, a leftist cooperative where she had worked and studied, was a front for Communist Party activities and indoctrination; her assertions effectively decimated the institution, which counted among its members luminaries of the era like Margaret Bourke-White and Berenice Abbott. 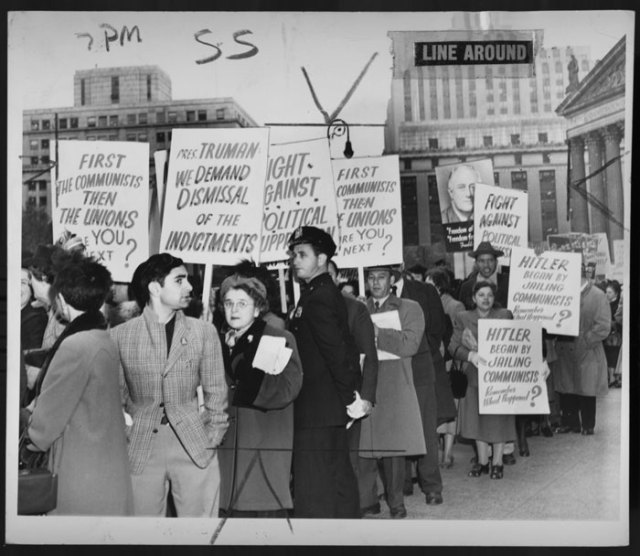 She also swore under oath that she had never been compensated by the FBI for her work, and told various journalists the same thing. The press would leap on the story, casting her as the all-American patriot who had sacrificed her own financial wellbeing to help the FBI root out malignant forces trying to bring down the country. But FBI records show that she received a generous monthly salary, “relatively large for an informant,” during the years she was undercover and for at least a year after. The FBI couldn’t publicly expose Calomiris’s lie: doing so would have discredited one of its most important witnesses. Decades later, however, Jerre Kalbas, a fellow Village lesbian who’d known Calomiris for years, was asked in an interview why she thought Calomiris had taken the job with the FBI. Kalbas replied, quickly and sharply, “For the money.”

In fact, it seems her queer contemporaries are some of the only ones who didn’t forget Calomiris. In another interview, Greenwich Village dance and drag performer Buddy Kent would dredge Calomiris up from obscurity while talking about what had happened to a lover of well-known 1950s movie star Judy Holliday: “that was this dyke who put the finger on one girl who was on the police force and she was going with Judy Holliday. And she [the girlfriend] never really came out of it well. She was in therapy after that.” 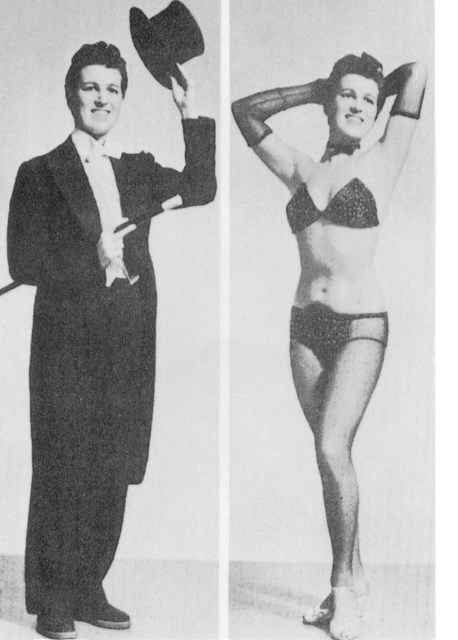 It can be both a triumph and a sorrow to unearth the stories of our forebears. Some give us courage, remind us of the work worth doing. Others are chilling to reckon with, something like a lighthouse flashing across a great distance, warning of the perils that may be ahead.

After Calomiris testified, and while the Red Scare swept the U.S., she published a tell-all book to widespread acclaim; she even appeared on the radio show Today with Eleanor Roosevelt, during which the former first lady declared her “a young lady of great courage.” But her notoriety was short-lived, and afterwards she would accomplish nothing more remarkable than a well-chosen real estate purchase of a few beachfront condominiums in Provincetown, Massachusetts, which she called Angel’s Landing. She died in Mexico in 1995, but Angel’s Landing still exists. The outdated rental website includes low-res photos of a cluster of clapboard houses, sunbleached, stark against a startling blue sky. “One of Provincetown’s best kept secrets,” it boasts, with presumably no irony intended.