As a kid that didn’t feel at home in her family, I loved two movies: Annie (1982) and The Wizard of Oz (1939). I think both movies are about feeling lost and finding family in unusual places. I watched these movies religiously, often more than once in a day. While Annie was my favorite of the two, I’ve been revisiting The Wizard of Oz recently through the eyes of my three-year-old niece. She loves it and reminds me how much I used to love the movie, too.

A couple of days ago I woke up with “Somewhere Over the Rainbow” in my head. With legendary songs, a cast of characters, and visuals that dazzle to this day, The Wizard of Oz is still a classic worth watching. Because it is my duty to view everything around me through a gay lens, I’m here to rank the characters of this movie from least to greatest gay energy. You may disagree, you may be surprised, but keep in mind this is my ranking, my opinion, and I’m right.

I’ll be ranking the main cast — and maybe some others — so let’s kick this thing off. 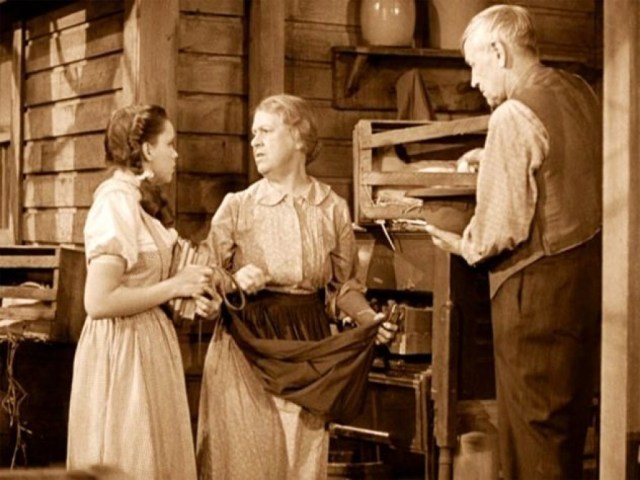 We don’t spend a ton of time with Auntie Em, but its enough time to know this woman is 100% heterosexual. No fruity energy emanating off of those finger waves. 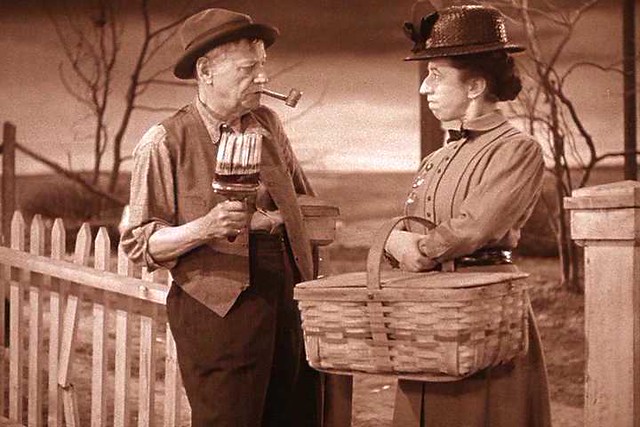 Auntie Em and Uncle Henry are the kind of parents that when you come out they’re like “lots of girls have little crushes on their friends, you’ll get over it doll.” So not dangerously homophobic, but still not great. These two are low on the list because I don’t even get the slightest whiff of homosexuality from them. 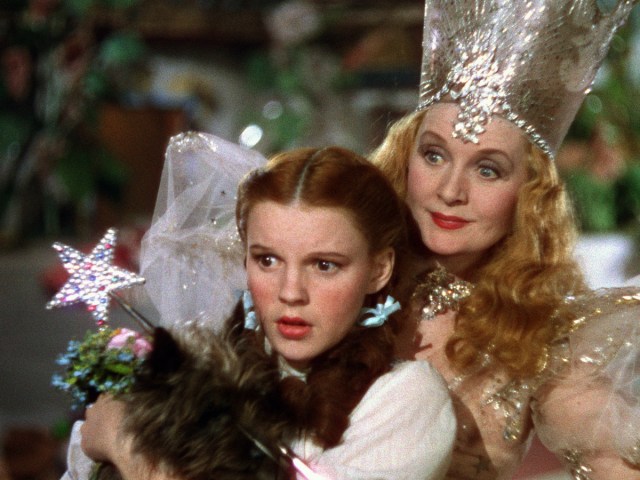 You’re probably thinking, “no way, Glinda is giving high femme.” and you’re wrong. Glinda is an ally, she’s definitely the art teacher or English teacher you ate lunch with as a young closeted queer but she’s not really giving alphabet mafia vibes now is she?? Glinda is proud of you for bringing a girl to the prom that she is chaperoning, that’s it. 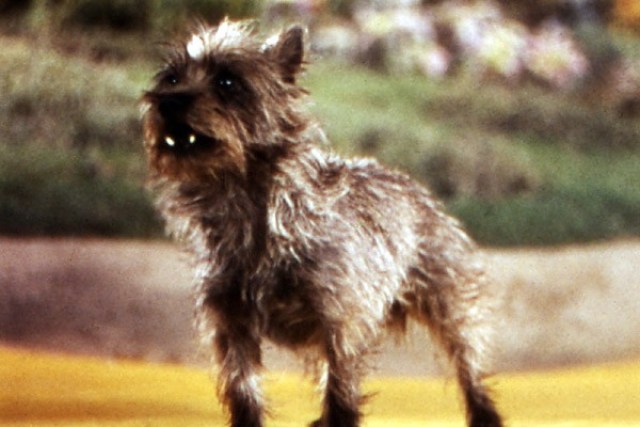 We are encroaching on gay energy now. Toto is yappy which translates to being smart-mouthed, and we gays are known for our quick wit. Also a little ugly dog is the gay person’s favorite accessory, so Toto is a little queer by association. 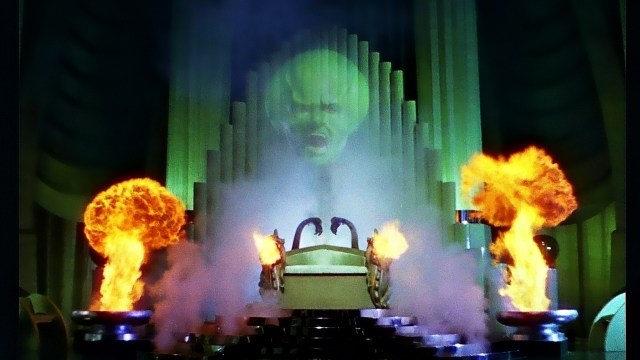 Hiding, pretending to be someone you’re not, is a smidgen gay. Making grand, swooping gestures and promises from behind an emerald curtain is giving showmanship, performance, drama! 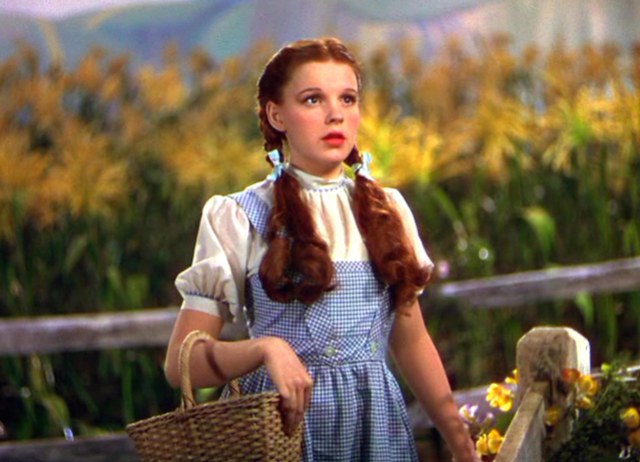 Dorothy might appear stick straight but there’s a little something about her that gives me closeted vibes. I think she has this yearning, especially the yearning for a different life, that makes her kinda dykey. Also, rounding up a clan of well-meaning, but incompetent, men and leading them is giving ultimate utilitarian lesbian big time. 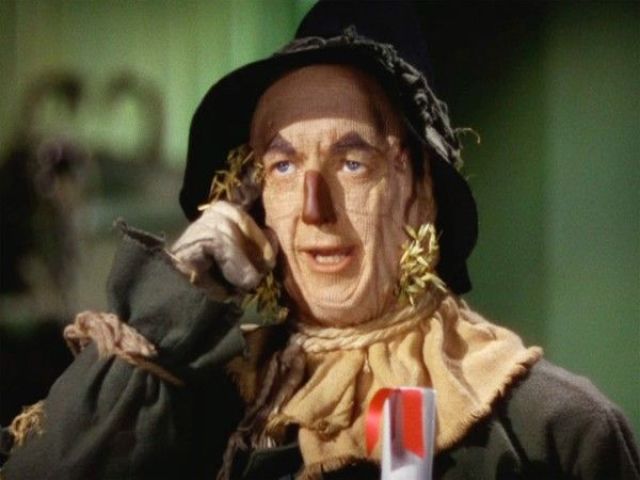 The scarecrow is DL and I won’t be elaborating.
Yearning for a brain? Okay, queen. 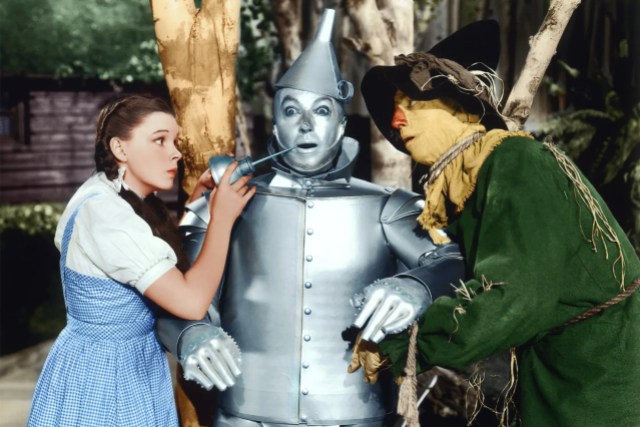 The Tin Man seems like a nice older gay man with a husband and a couple dogs. Also, and this is important, I played the Tin Man in an elementary school production of Oz and everyone knows I’m the biggest dyke of all time so the Tin Man is gay. I rocked my lil gray sweatsuit and said my lines! 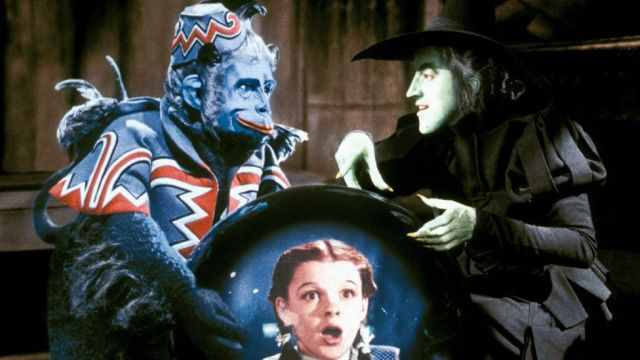 You’re gonna look at me and tell me they aren’t giving chaotic bisexual energy? In their cute little outfits, flying around?! Anything that can fly is gay. This is not a rule I made up even though it sounds like it is. You ever seen a hummingbird? Flitting around like that is queer, its top of the list of gay activities!

3. Wicked Witch of the West 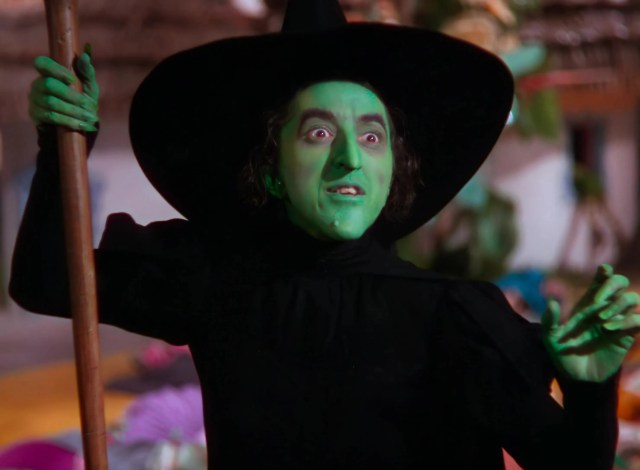 She’s a bitter dyke, a lesbian villain, only governed by her thirst for revenge. In all black and again…FLYING!! Also: poppies… POPPERS?!?! You see where I’m going with this. Wicked Witch of the West is like the perpetually single lesbian in your life that’s over it but doesn’t enjoy dating enough to get back out there. She’s catty, mean, quick with one-liners. Gay.

2. Wicked Witch of the East 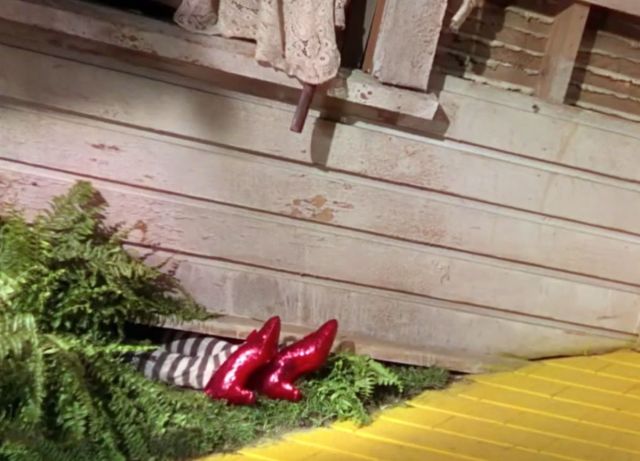 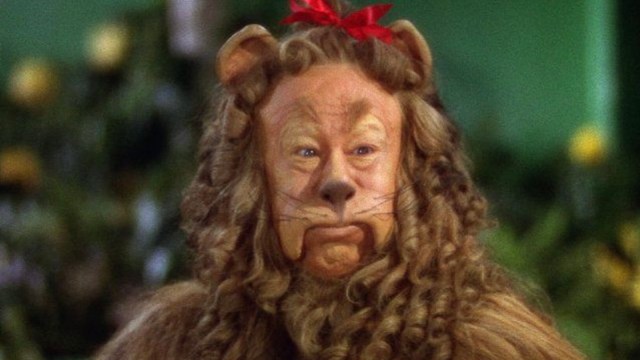 He talks with such a flourish, rolling his R’s in an unnecessary fashion, the little bow in his mane. The Cowardly Lion is the gayest of them all. I must come back to the yearning, he feels like he has to be this masculine, fearless lion because of the narrative about his species but he’s a darling who loves to break out into song.

Also when they all finally meet and decide to go see the Wizard and sing their little song, the part where they go:

“I’m sure to get a brain (The Scarecrow)

or a heart (the Tin Man)

and then he comes in with “the NERVE (pronounced NEY-ve)” is so fucking funny and gay oh my god. His growls and purrs have me on the floor. Purring is gay, it just is. We have claimed it. He’s also has a perpetual case of limp wrist.

I could go on and on but who’s got the time. He is the King of the Forest, and the King of my Heart, and that’s that on that.

What were your comfort movies as a kid? What’s your ranking? Let me know in the comments!

danijanae has written 131 articles for us.