Watching Dan Levy’s new HBO Max cooking reality show, The Big Brunch, is not the first time I’ve cried over a plate of eggs — but it is the first time I’ve cried happy tears over breakfast’s most favorite food. The series, which Levy conceived after hosting two seasons of The Great Canadian Baking Show, follows ten contestants who love to cook and want to change the world through food, as they prepare a variety of themed starters and mains for judges Sohla El-Waylly (swooony chef/food writer), Will Guidara (aspirationally sincere restaurateur, and Levy (gay bestie who’s clearly been to ten thousand brunches). 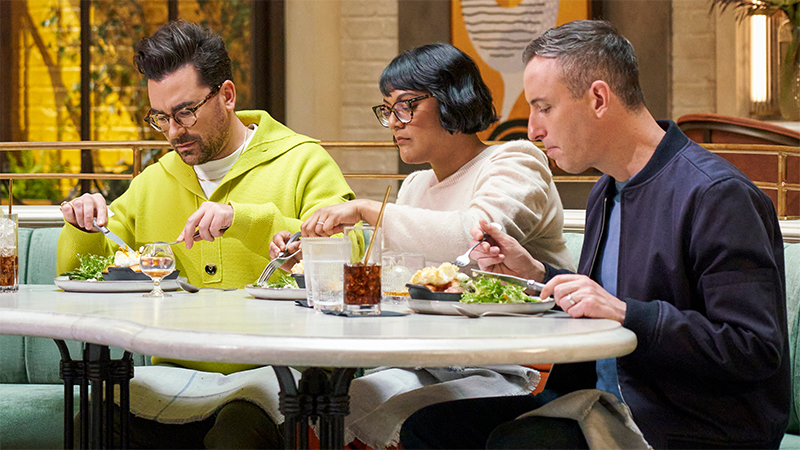 When I say these chefs want to impact society for the better through their cooking, I mean it. There’s a mathematician turned fierce farm-to-table advocate. A Columbia law student who became a chef to share her passion for Haitian cuisine. A vegan chef who owns a community diner where anyone who needs a free meal can get one. A chef who created a cooking academy to teach only formerly incarcerated chef-hopefuls. Chefs cooking to reclaim their childhoods, chefs cooking to honor their families. Every chef, a greater purpose! Which is a long way to say: So many of these chefs are LGBTQ! So many! They all get so emotional and teary-eyed when they talk about what they’ve cooked and why they cook, which makes the judges love them even more, which makes them cook with even more conviction, which makes the judges get teary-eyed too.

“I… I’m just so proud of them,” Levy says early on in the season, with real feeling.

It’s like Great British Bake-Off, but with judges who are legitimately excited about being served seasonings that aren’t just salt and pepper, and a social consciousness that demands context. Food Culture doesn’t happen in a vacuum. It’s as colonized as every other thing we pretend sprang to life, fully formed, in the American Midwest. The Big Brunch clearly sought out contestants to represent a wide range of backgrounds and influences, and encourages them to cook their own food to their own tastes, to share their hearts and their heritage on their plates. 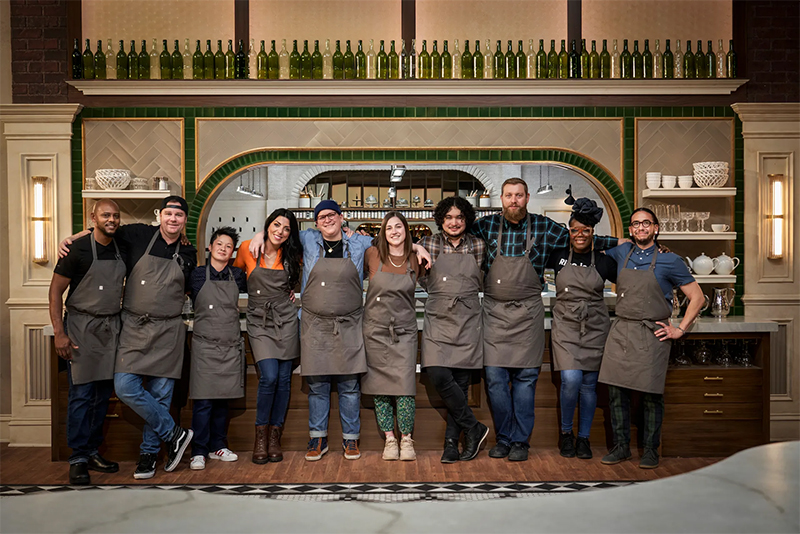 The format is familiar, but also fresh. The contestants cook in a beautiful kitchen set up on a sound stage in Los Angeles. On the other side of a screen that goes up and down (“Is someone up there just cranking that thing??”) are the judges, in a little well positioned brunch diner. Dan Levy goes around and talks to the contestants while they’re cooking, is completely unperturbed when they want him to go away and let them focus, and then comes back and shares what he saw with the other judges. Not what the chefs are cooking, really; more of how they’re feeling. The judges are constantly inviting the contestants to unpack and process with them. (Like I said: gay.) While the contestants are cooking their mains, Xia Rashid, absolutely radiating charm, swings by to offer her bartending services. It always goes like this: Sohla and Will each order something weird, and then Dan Levy orders something even better, and they both ask for a small little child size cup of his brunch cocktail too. It’s pretty adorable.

There are sweet stories every episode, sweet music while everyone cooks, sweet hugs when anyone succeeds, and sweet hugs also when anyone doesn’t meet the mark. The contestants cheer for each other, help each other out, and seem genuinely invested in seeing everyone succeed in all their cooking dreams, on the show and beyond.

In the first episode, Will says to Sohla, “I hope there’s no villain in this group, honestly. Every reality television show, there’s a villain. I refuse to be the villain.” So far, his wish is coming true.