Amber Rose’s Slutwalk in Los Angeles Saturday brought together hundreds of survivors and allies in the fight to end rape culture, victim-blaming, and slut-shaming. But this Slutwalk was unlike many that had come before it — and in all the best ways. 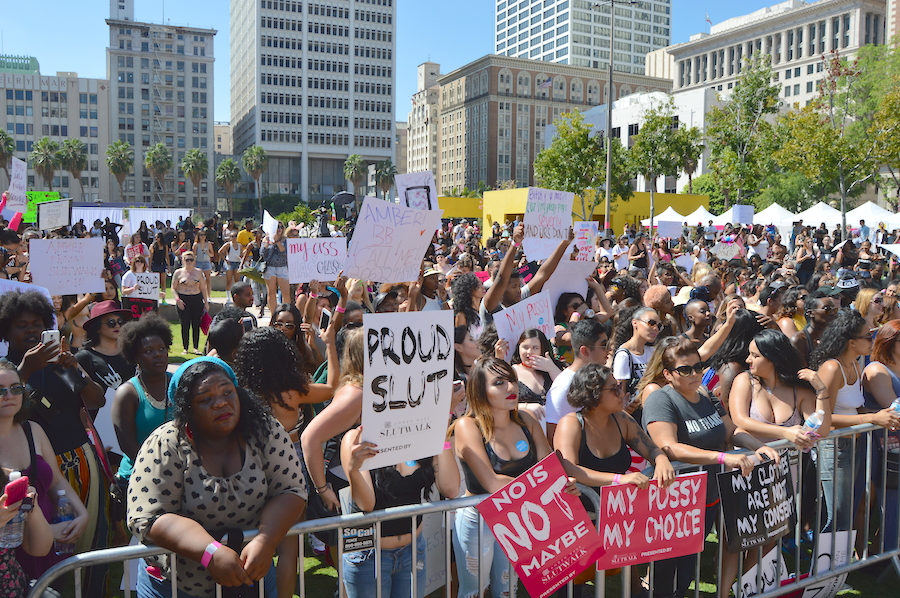 The event, which took place in Pershing Square, matched up thematically with other Slutwalks from across the world: There was a “Wall of No Shame,” which attendees used to tell their stories and scribble small acts of protest; booths lined the park staffed by non-profits working to end violence and raise awareness about sexual health, women-fronted and -driven businesses, and sex toy shops; local feminist artists displayed their work at the entrance covering a variety of themes related to self-love, violence against women, and the hostess herself. Attendees wore their “sluttiest” clothes, and some opted to go topless. The signs which by now feel familiar were held high: I wasn’t asking for it, proud slut, consent is sexy. 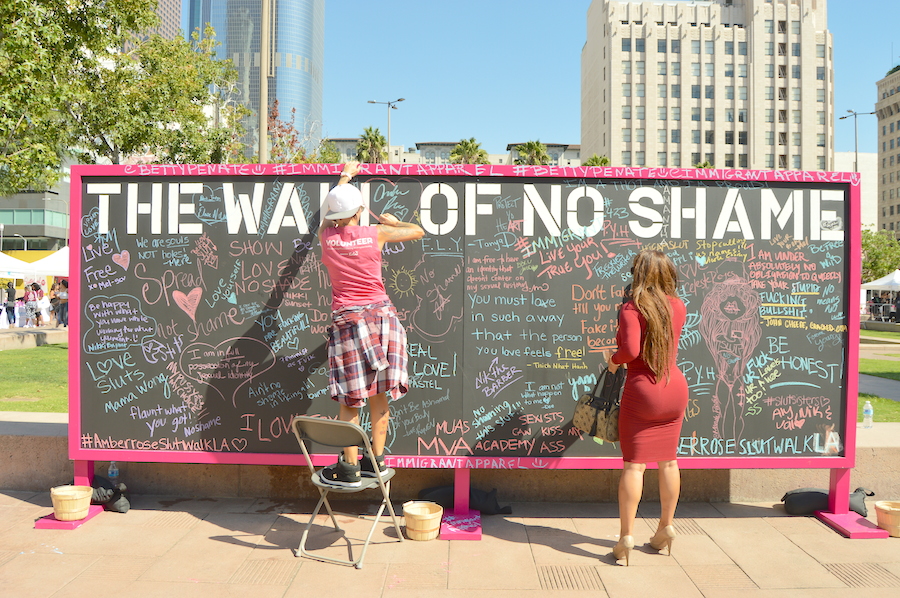 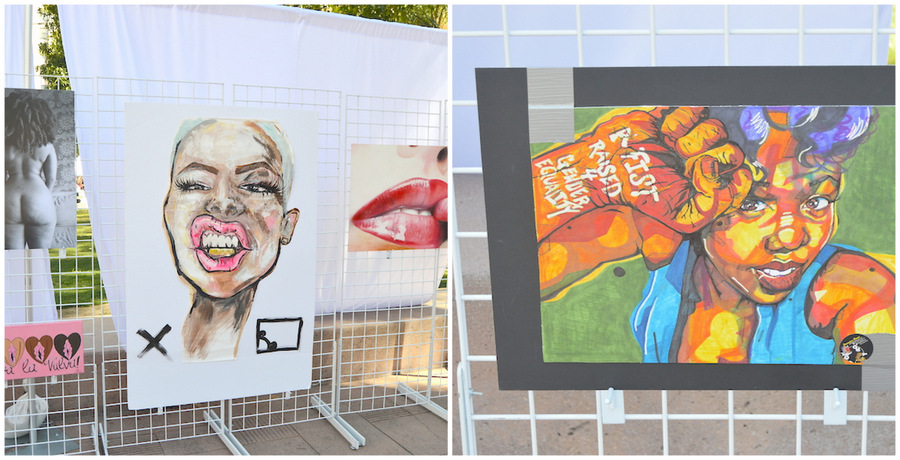 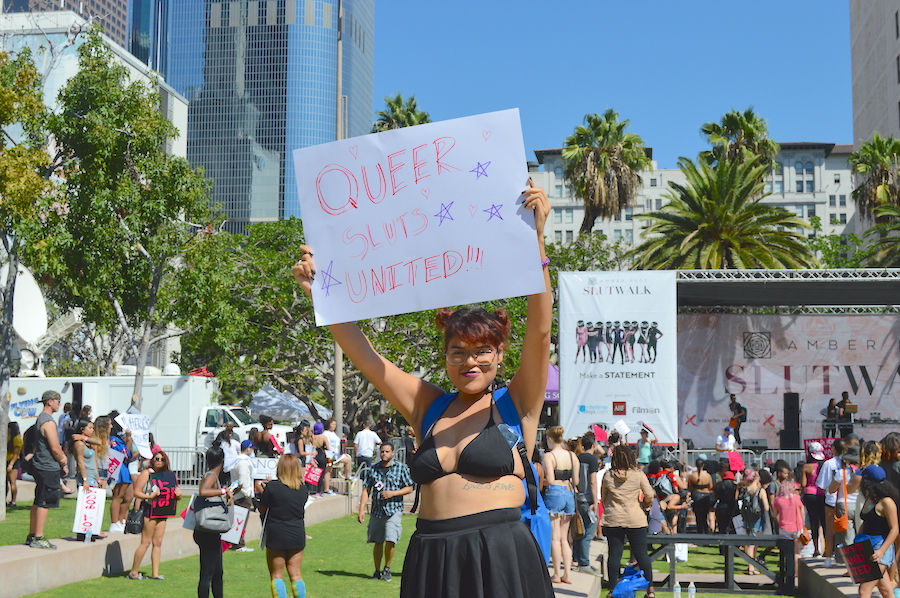 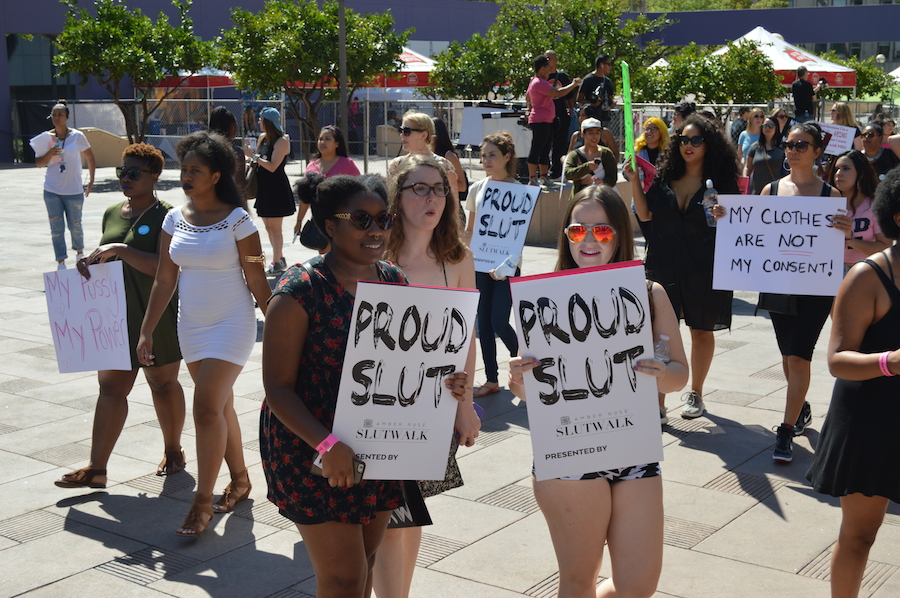 The event host, former American Idol contestant and singer Frenchie Davis, launched the event’s festival off with her own personal story of slut-shaming, one that might ring familiar to those of us who grew up watching American Idol. Davis was forced to leave the competition when it was discovered that she had taken nude photos at 19 to raise money for her college tuition, despite the legality of that act and the breach of privacy.

(She also belted out a cover of “We Found Love” later that day and we all melted, which we hadn’t yet despite the heat.) 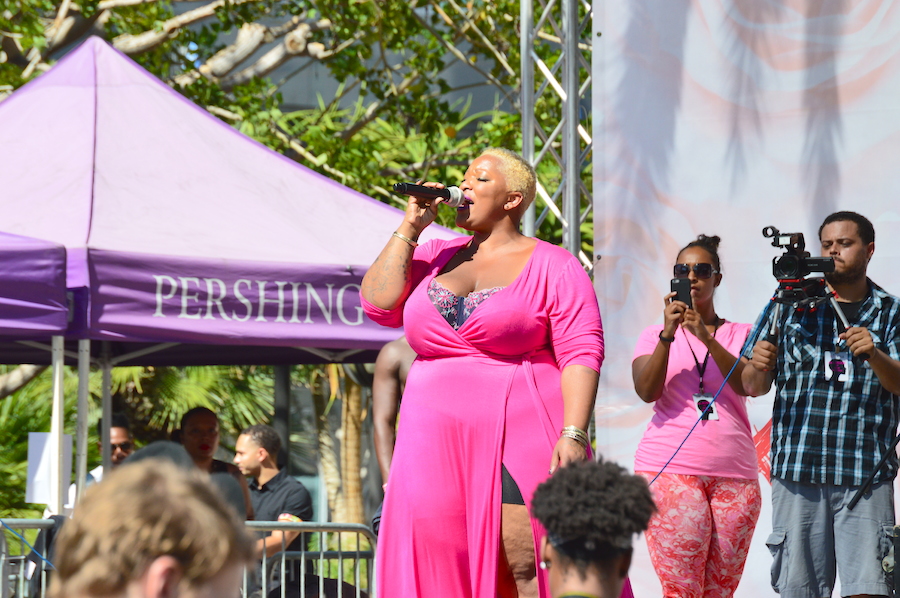 Rose also shared her own slut-shaming experiences later on during the festival, telling the audience about a horrifying teenage experience as well as her more public back-and-forths with Kanye West and Wiz Khalifa. When discussing Khalifa’s song XYZ, in which he remarks that he “fell in love with a stripper / but fell out of it quicker,” Rose began to cry.

“To be told I was nothing but a stripper — it hurt,” Rose told the crowd. “So I decided to have this Slutwalk for women who have been through shit. And even though I’m up here crying, I wanna be the strong person for you to look up for. I wanna forgive Kanye for all he said about me. I wanna let all that negative shit go. And I wanna forgive Wiz for what he said, too.” 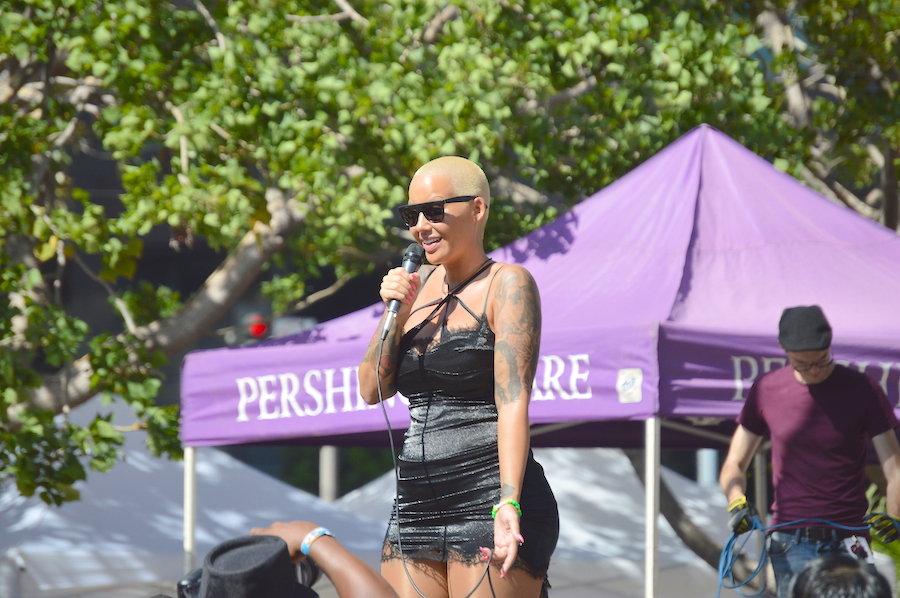 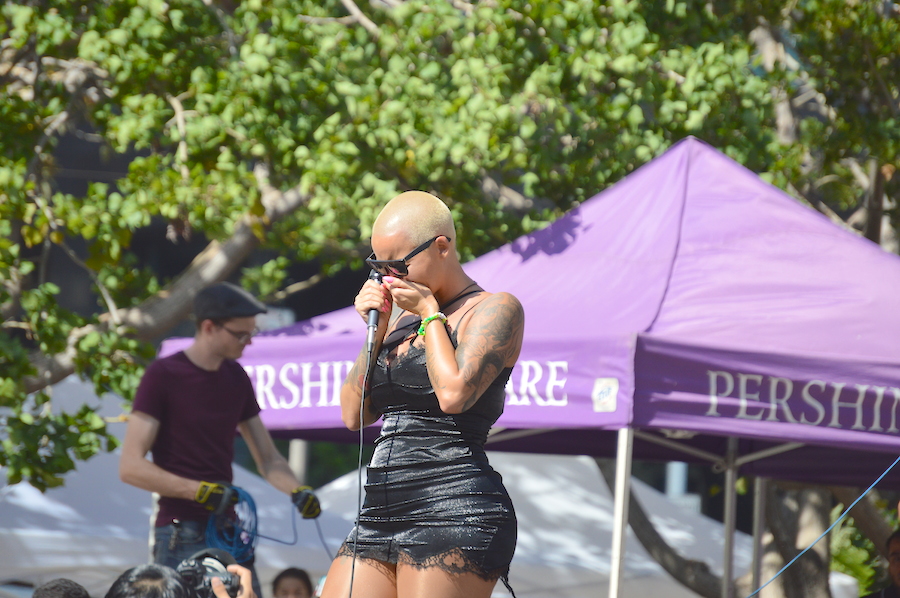 She went on and then closed with a call to the crowd to follow her path. “Let’s all come together,” she said, “and let that negative shit go.”

But this event also veered from the familiar format of the Slutwalks before it. There were the protestors who came out, in full force, to support sex workers of all stripes — and the host, a former stripper herself, who marched into the festival carrying a sign reading “strippers have feelings” with a smile on her face. There was the diverse coalition of queer people, of women of color, of trans people that marched together to end slut-shaming and victim-blaming and take aim at rape culture. There was the beer garden, the rap music blasting over the speakers, the fashion show and comedy show happening on the center stage, and — of course — the hot pants being sold at the official merch booth, designed by Rose herself, emblazoned with the word “THOT.”

This was not your mother’s anti-rape protest. 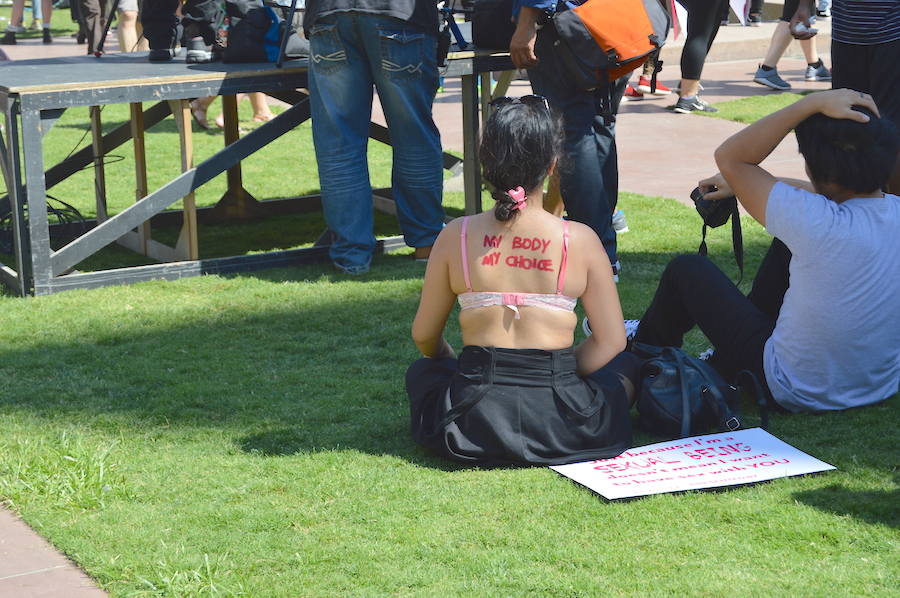 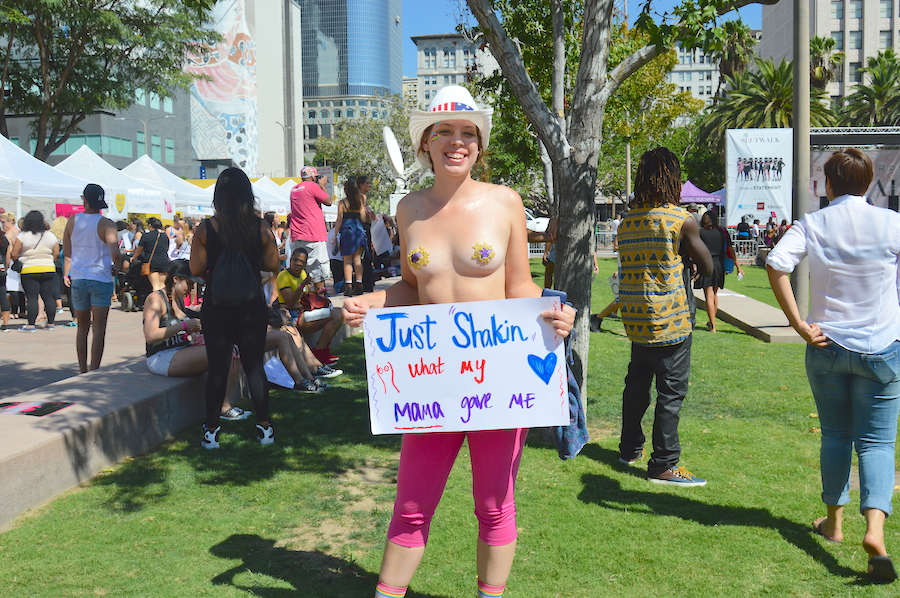 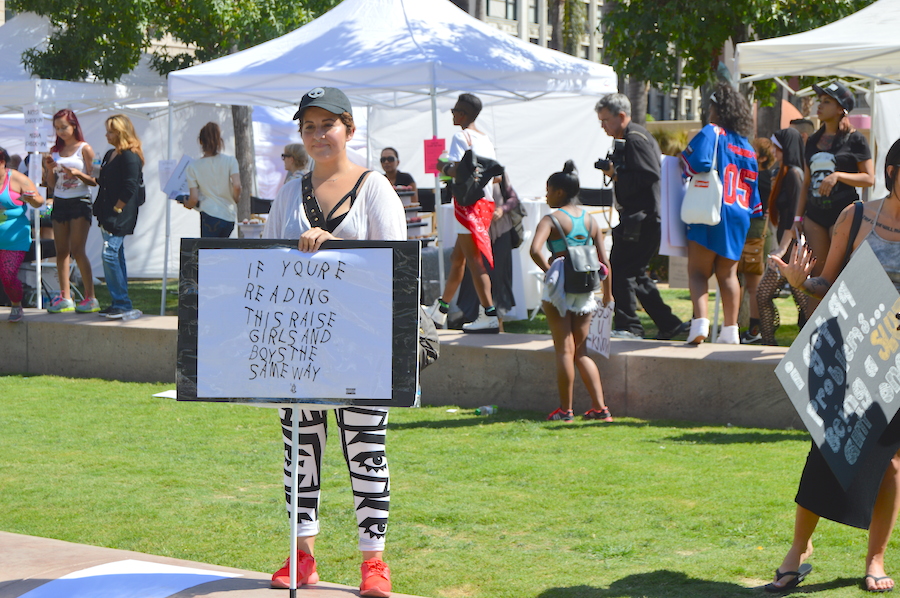 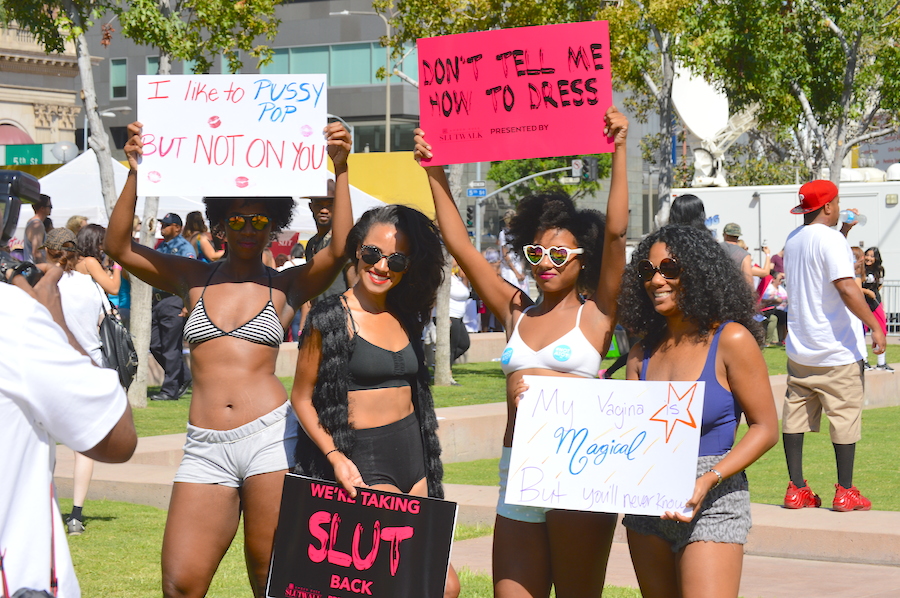 This was an event that truly embraced and celebrated the duality of women’s lives in the modern world, and it was a radically inclusive event — one with an explicit policy against all forms of oppressive language and behavior as well as an explicit intent to include, lift up, and acknowledge the unique and compounded struggles of trans women, women of color, queer women, poor women, and differently abled women. This was an event where speakers — including celebrities like Matt McGorry of Orange is the New Black and adult film star Bonnie Rotten and advocates and activists like Lori Adelman of Feministing and Heather Jarvis — shared stories of slut-shaming, called on allies to do more and do better, and interwove topics like sex workers’ rights and reproductive justice into the framework of the event.

“You look up feminism and it says it’s about men and women,” McGorry told the crowd, “but it’s about more than men and women. It’s about all the genders — transgender, gender fluid, and agender people.” He went on to call in other people like him — namely, white men — who experience privilege to acknowledge issues like rape culture and do their part to make the world a better place.

This was also an event centered around the work of a queer Black woman, and a former stripper. Perhaps the most radical thing Amber Rose could have done to the already far-left Slutwalk movement was to brand it, to put her face and name all over it. To do so is in direct protest of not only our rape culture, which stigmatizes and victimizes women of color and queer and trans women, in unique and nuanced ways, but all the prior organizing around it — which is widely criticized as white-centric, heteronormative, and gender essentialist. 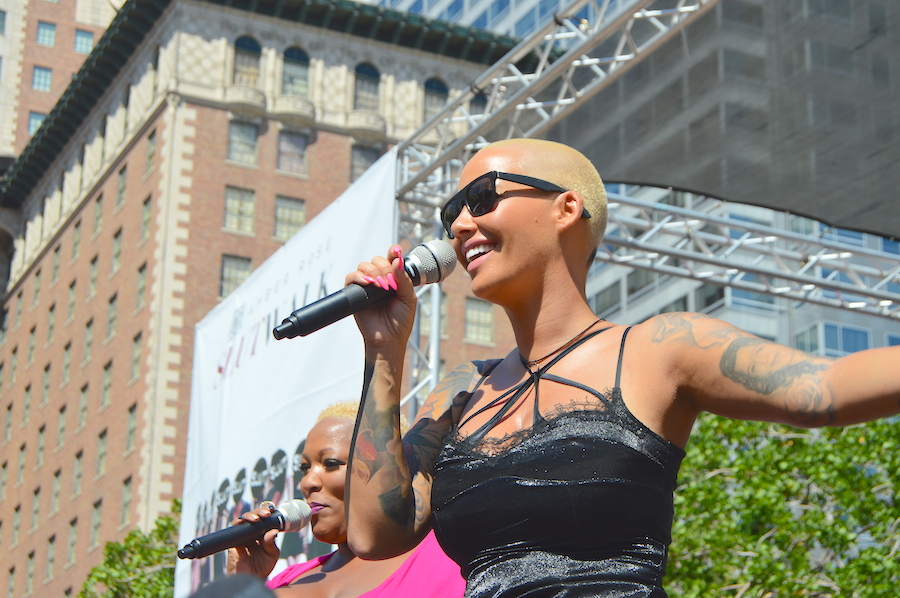 Slutwalk is a movement that started in 2011, in Toronto, as a reaction to a callous remark by a police officer for the city: that women could avoid sexual violence by not “dressing like sluts.” Women in the city protested by marching in their sluttiest clothes, rallying against the idea that a dress is a yes or that anyone can ever ask for rape. And their movement spread around the world. Women in cities across America and the globe organized, put on their fishnets and pasties, and walked through the streets to reclaim the pejorative “slut,” call attention to rape culture, and demand an end to sexual violence.

But Slutwalk, as a global movement, is fraught with criticism, much of it centered around intersectionality and inclusion. Said the Crunk Feminist Collective:

Clearly, from a strictly pro-sex  perspective, I could see why it would be attractive to reclaim this word. And within Black communities, certainly there is, like in most other communities, a tacit shaming of “loose women” and a strident investment in women being “good girls and ladies.” Still, slut-shaming has particular resonance for white women, whose sexuality has largely been constructed based upon middle-class, often Christian, heteronorms of proper chaste womanhood. The positive referent about chastity against which slut becomes the negative referent has never been universally available to Black women.  A Black woman who “freely enjoys hers own sexuality” has been called “jezebel, hoochie, hoodrat, ho, freak, and perhaps, slut.”  In other words, “slut” is merely part of a constellation of terms used to denigrate Black female sexuality; it is not at the center of how our particular sexuality has been constructed. 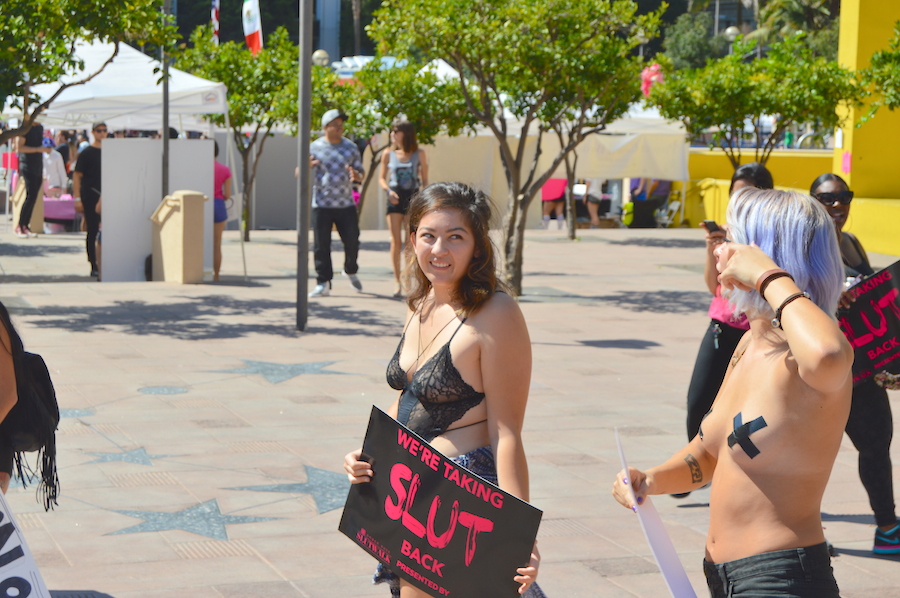 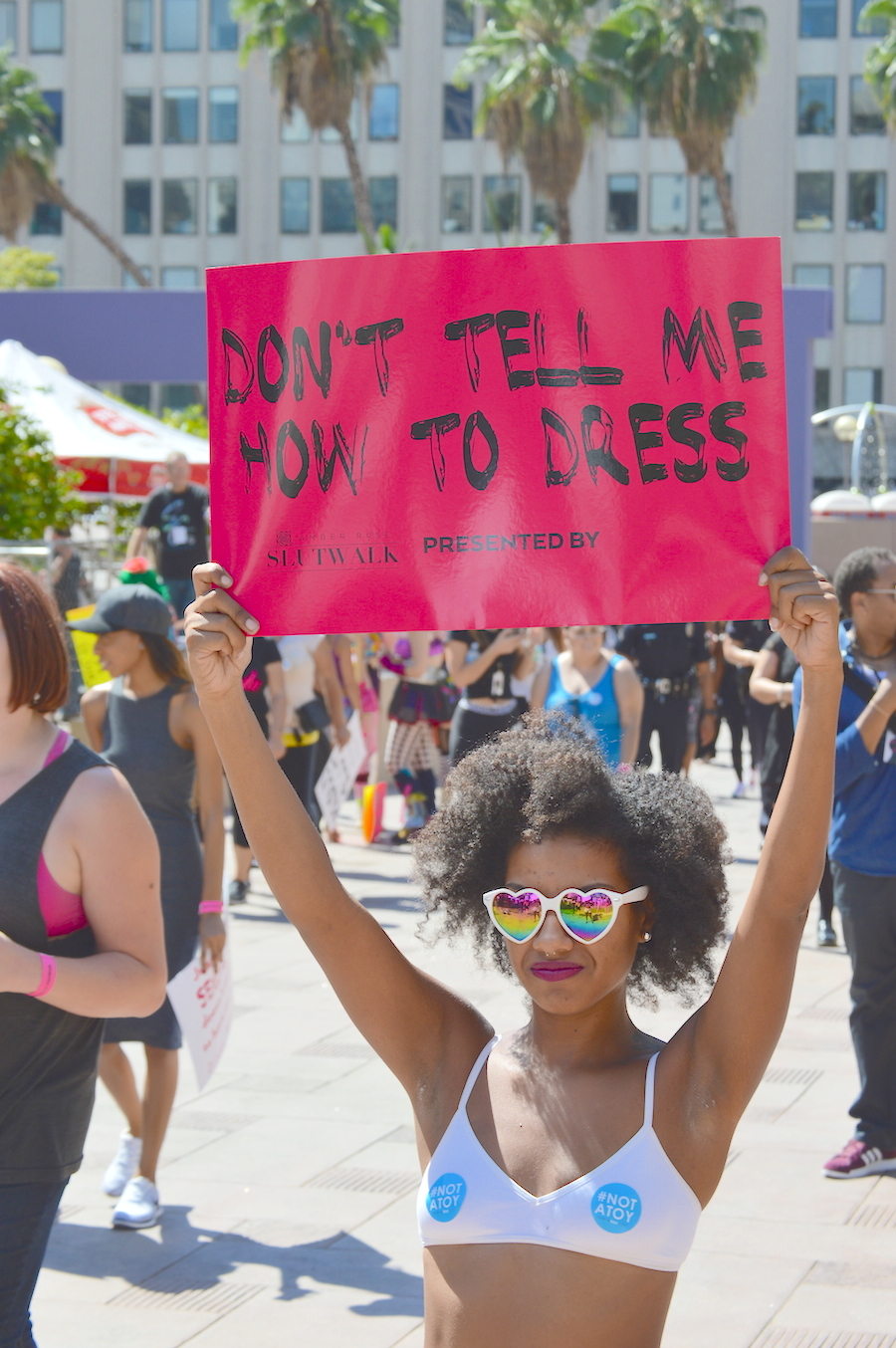 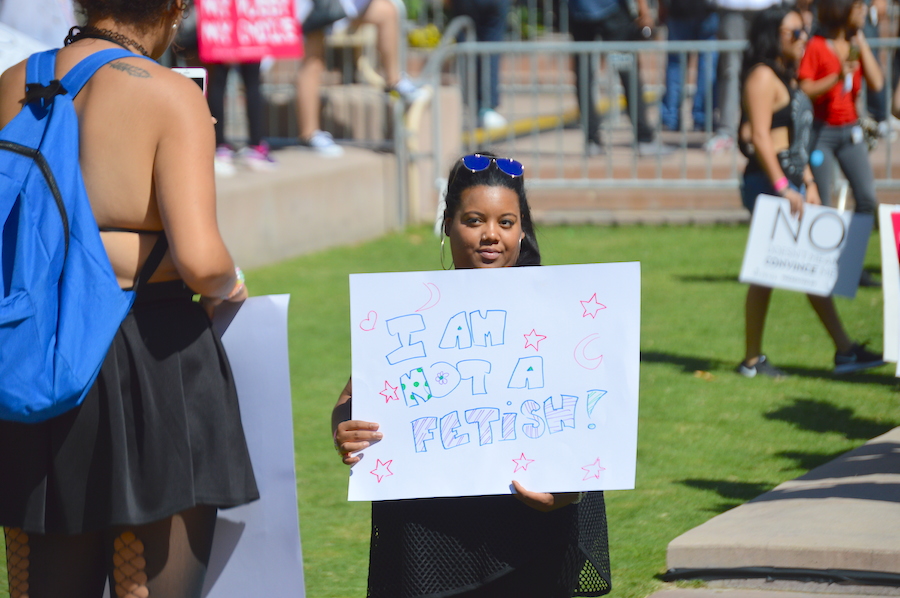 Although the Slutwalk undoubtedly tied in to Rose’s corporate brand, it was also the inaugural event for Amber Rose’s newest venture: a foundation for women’s empowerment. And as she grows into her new role as a feminist leader, it’s going to be exciting to see how her impact reverberates to the more mainstream feminist movement, one which surely never would have imagined someone like her at the helm of a new, radically broad movement against rape culture.