This Thursday, March 31, is Trans Day of Visibility, a day that was created to celebrate the trans people who are alive and making themselves known in the world. Autostraddle is a website for and about queer women, and that will always, always, include queer trans women. In order to highlight just a few of the trans women we love, respect and admire here at Autostraddle, we asked several to take pictures of their day-to-day lives and answer a few questions. We’ll also be featuring several essays related to trans visibility by trans women this week.

I don’t have a vagina. It’s fine. It’s fine. Or at least, sometimes it’s fine. Sometimes it’s a thing that I don’t mind, that I’m okay with. The thing is though, it’s never more than fine. In the times when it’s fine, I still know in the back of my mind that things could be better. In the times when it’s not fine, I want to scream because my body feels so fucking wrong. I want to go to sleep and wake up from this nightmare where I feel uncomfortable in my skin every waking moment. But mostly, I’m pretty okay being a woman who doesn’t have a vagina and likely never will.

I’m happy with a lot of things about my body, which is a thing I’m able to say, really, for the first time in my life. I like my hair, I like the freckles on my shoulders, I like my brown eyes, I like my wide hips and my legs and I’m liking my boobs more and more every day. When I look in the mirror I actually feel like I’m genuinely pretty a good portion of the time. But I don’t know if I’m happy with what I have instead of a vagina. 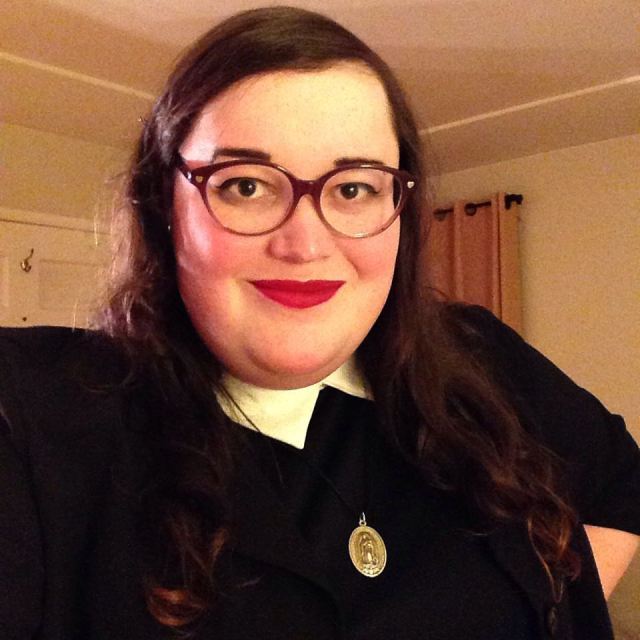 I’m usually able to not think about it though. Obviously, there are times when I can’t ignore the genitals that I have, but throughout most of my day, I can just keep it out of my mind. When I was invited to participate in a local production of The Vagina Monologues this past February, I started thinking more and more about the vagina that I don’t have. It got harder and harder to not think about it.

Before I go further: these are my personal feelings about whether or not I want a vagina, not whether or not any other person should want one or have one, and this is absolutely not a judgement on anyone else’s womanhood or lesbianhood. You do you, as they say. 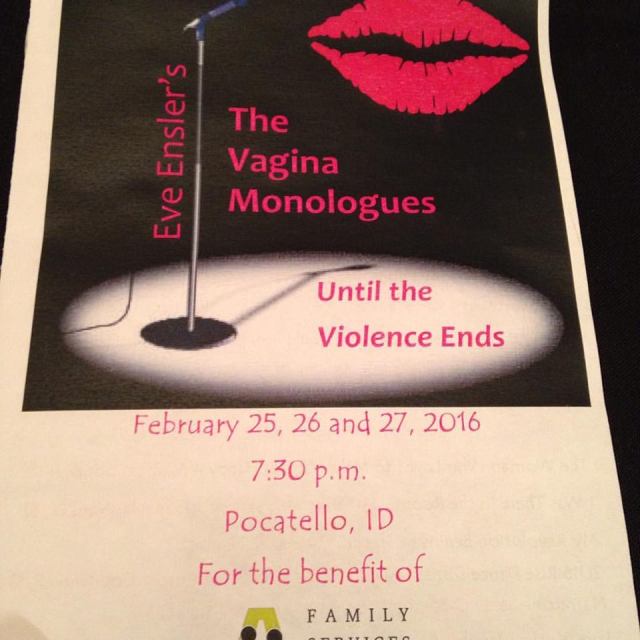 I read the monologue titled “They Beat the Girl Out of My Boy… Or So They Tried,” which is about being a trans woman. Like the other monologues, and as one would expect in a performance of this name, the monologue focuses a lot on the speaker’s desire to have a vagina, and then how much better her life is now that she has one. A lot of the words that I read resonated deeply with me; others didn’t resonate at all. But all of them made me think, and all of them made me examine my self and my body more.

I was paired up with another trans woman to read this monologue; there are five speaking parts, she read Women 1 & 2 while I read Women 3, 4 and 5. These first lines were hers.

I honestly don’t remember the first time I wanted a vagina. I remember being four years old and playing dress up with my sister. No, it was more than that, we were playing a game where I was her little sister instead of her little brother. I loved that game. I was pretending to be my sister’s little sister. I saw myself as her sister. I wanted to be her sister. But I don’t remember having a lot of dysphoria or negative feelings about my genitals until I was in middle school. But, it could just be that I’ve blocked those earlier memories out.

This is where my part began.

“But in spite of the apparatus/I was forced to carry around/I always knew I was a girl.”

The thing is, I didn’t always know I was a girl. I always knew I wanted to be a girl, but I didn’t know that I could be one. I thought I was a just very broken boy. Let me tell you, that’s a hell of a way to grow up. And honestly, a part of why I felt that way was because of my genitals. I looked at my body and assumed that since that was real, the way I felt in my head was not. I felt so confused, so small and so trapped, for most of my life. I felt like I was stuck in this horrible life that I didn’t know how to live, and there was no way to make it better. If you’re actually a boy, then I’m guessing being a boy must be pretty fun — my friends made it seem that way — but if you’re actually a girl, like I was, then it’s a fucking nightmare. 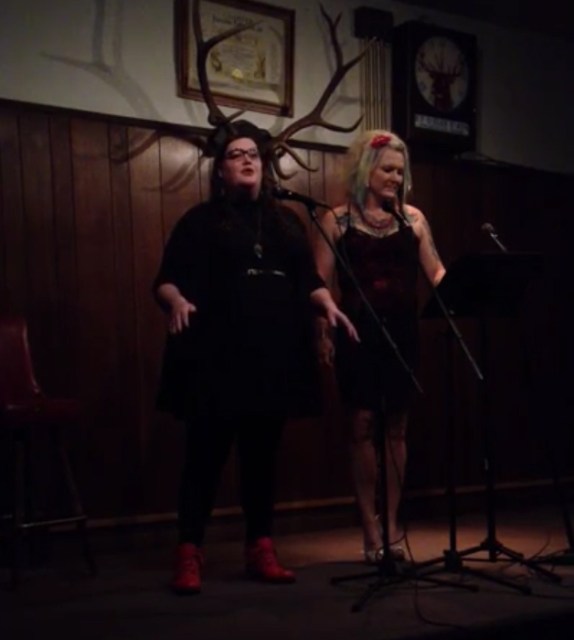 “Got my first hormone shot/Got permission to be myself”

Oh man, I was so brilliantly overjoyed when I started hormones. It was the first time in my life that I actually felt like I was treating my body with the love it deserved. Being able to take active steps to have the body that I’d always wanted changed my whole life. I’ve never been as happy as I have been since starting hormones. I’ve never liked my body, or loved my body, this much. I definitely don’t think that hormones are what make me myself — a woman can be a woman no matter what her body looks like or feels like — but hot damn, I do love my estrogen pills and I love what they’re doing to my body.

Sometimes — a lot of the time — I’m pretty sure this is as far as I’m going to go in my transition. I doubt that I’m ever going to get any surgery. I just don’t think it’s in my future, even though sometimes I dream of it, sometimes I wish for it, sometimes I long for it. But I’m scared of the cost, I’m scared of something going wrong, I’m scared of being judged. I don’t like that my fear is a large part of what’s holding me back from getting surgery. I think that if I set a goal to get a vagina, I could and I would. It might take some time, but I think I’d get there. I don’t know, I don’t know. This is the part of the monologue that really got me thinking a lot. The process it shows in going from identifying as a woman to getting hormones to getting a vagina is the main thrust of the monologue. I’ve done the first two steps, but I don’t know if I’ll ever do the third, or if I’ll ever really want to.

Now, I don’t for a second think that having a vagina would make me more of a woman, or that every trans woman should have surgery or want a vagina. Not at all. Still though, damn, when I was practicing this line, I imagined saying it with truth, saying it with a vagina and I didn’t have to put on a fake smile. I was absolutely burning with joy. As the opening line says, I wanted one.

Sometimes I think, though — do I just want a vagina because that’s what’s in vogue? Because that’s what a woman “should” have? I know that there is pressure from all around for me to have a vagina; I feel that pressure. But also, sometimes society is pressuring me to do things that I love doing and that I actually want to do, like wearing dresses and makeup. I know that society is telling me as a woman that I should like those things, but also I’m telling myself that I like those things, because I do. Is it the same with wanting a vagina? 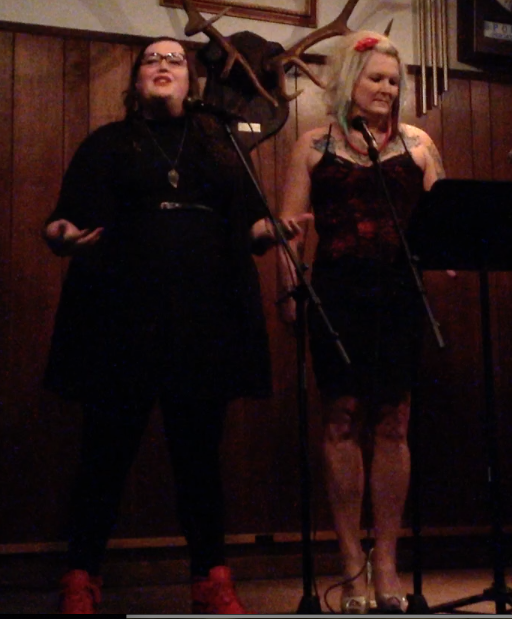 “The orgasms come in waves/Before they were jerky”

Ja, this would be nice. I’m not gonna lie, this idea is a really big selling point. I definitely don’t think having a penis stops me from being a really great lesbian; but also, when I hear from other trans women about what their sex life is like after they have surgery, I do get more than a little jealous.

“It’s like when you’re trying to sleep/And there is a loud car alarm–/When I got my vagina, it was like someone/Finally turned it off.”

For me, not having a vagina is more like there’s an annoying song that’s only playing all the way through all day long on some days. Others, I can barely hear the chorus, and others I can’t hear it all. But every day, I know that that song will be there again one day, maybe even tomorrow, maybe even later that same day. And I hate this song. It sucks. It makes me feel like I’m unlovable, like I’m fake, like I’m bad. It’s a song that taunts me. I really want it to stop, but I’m not sure if getting a vagina is the only way, or even a good way, to turn it off.

I guess if I’m being honest with myself and with all of you, I do really want a vagina. I do. And I think writing this essay has in a lot of ways helped me figure that out. But I’m also prepared to live my life if I never get one, because I think that’s what’s most likely to happen. And this isn’t the same kind of thing where I decided that I was okay living as a boy because I never thought I’d be able to live as the woman that I was — this is something different. When I decided that, I had resigned my life to hopelessness. I was okay with living as a boy because I thought that was legitimately my only option and while I thought I could do it for a while, I never really was able to imagine a future for myself at all. With this, I can imagine being a happy old lesbian who never got a vagina and is fine with that. I can also imagine being a happy old lesbian who did get a vagina, though, and maybe that imagined future is better. 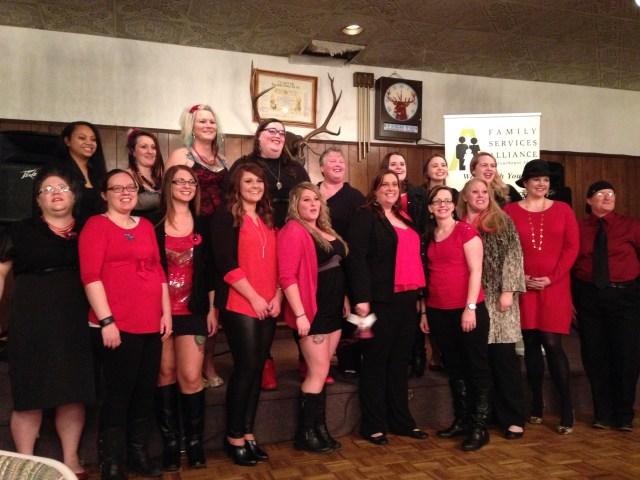 The cast of the Vagina Monologues.

While being a part of the Vagina Monologues made me think a lot about how conflicted I am about whether or not I want a vagina, it also made me extremely happy to be a part of a community of women who were celebrating our womanhood. I was there, a woman without a vagina, talking about my vagina, with a group of women who never once asked me if I had a vagina or made me feel like I didn’t belong there because I didn’t have one. So even if being in the Vagina Monologues did make me wish I had a vagina, it never made me feel like I needed one to be a woman. It just reminded me of the wonderful community that I have because I’m already a woman.