I first discovered Emily Gould‘s writing in 2008, and developed a literary crush on her almost immediately. Emily is a writer who lives in Brooklyn and once upon a time I said she “writes honestly about the things I don’t really like admitting to anyone – not even myself – that I think and feel,” and I stand by that. She’s the author of And The Heart Says Whatever, a book that garners really polarizing responses but which I loved and Riese loved and Laneia loved and my mom loved, so I encourage you to grab a copy and read it because there’s a strong chance you might love it too. 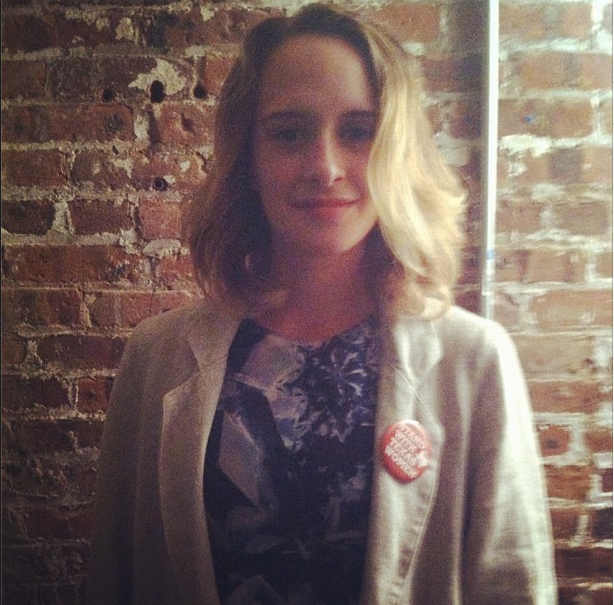 Emily as Wendy Davis for Halloween this year

Emily is also the co-founder and co-owner of Emily Books, a really rad subscription based “indi(e) bookstore” that publishes, curates, and sells ebooks (though you can also purchase books a la carte, and as Emily explains in this interview, the company may be expanding outside the realm of digital soon enough). She and her co-founder and co-owner, Ruth Curry, started Emily Books because “starting a bookstore is the secret dream of almost everyone who has ever worked in book publishing,” and lucky for them and lucky for us, opening a digital bookstore allowed them to jump right in at minimal overhead cost. 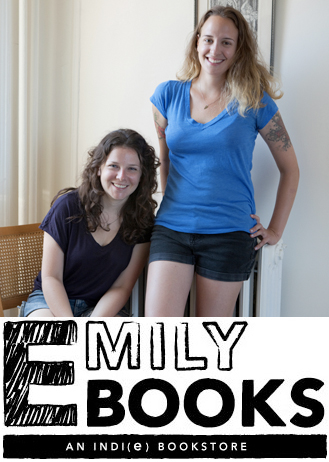 Ruth and Emily in October 2011, right after they started Emily Books
via The Hairpin

Another reason to really love Emily Books, in case you don’t already, is its determination to promote books that big publishing houses and the rest of the world might ignore. Recently, Emily wrote on the Emily Books Tumblr about what exactly she and Ruth look for when choosing books: “More than two years [after we first had the idea for Emily Books], we have a much clearer idea of what ‘our thing’ is: unjustly neglected one-of-a-kind books by women and other weirdos. But back then all we knew was that we wanted to sell books we loved via subscription; we hadn’t thought a lot, yet, about why we loved the books we loved, and what it would mean to share them.” A lot of their choices are explicitly feminist, queer, or just plain weird, and it is through Emily Books that I found some of my favorite reads including Empathy by Sarah Schulman, My Misspent Youth by Meghan Daum, No More Nice Girls by Ellen Willis, and Nevada by Imogen Binnie.

We’ve written a fair amount about Emily here on Autostraddle. We wrote about her book, her thoughts on poetry, and a great interview she participated in with Meghan Daum about women and confessional writing. We wrote about the time she invited Tao Lin onto her literary cooking show, Cooking The Books (RIP), and we’ve actually told you about Emily Books before, back when Eileen Myles’ Inferno was the book of the month and our very own darling Riese wrote a thing to go along with it. But the one thing we haven’t done is talk to Emily herself. Today, we’re changing that! 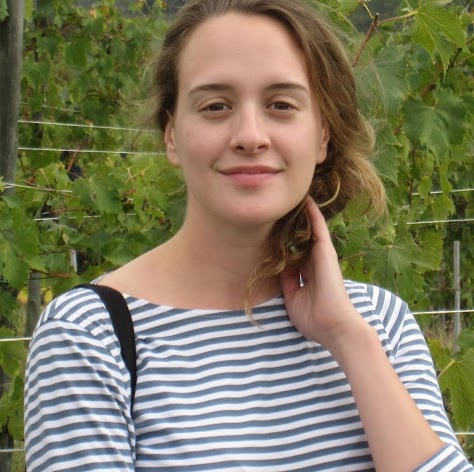 What’s going on these days with Emily Books? The new, the exciting, the future — everything!

In September we launched our iOS7 app, which was almost a year in the making! What the app does is essentially attaches a mini-magazine to your book subscription: you read the books on your device, in the app, and they’re bracketed by essays, interviews, playlists, and other bonus features that we used to just post on our Tumblr. Creating an app allowed us to commission work from writers we love about the books we love – we’re so excited to do more of that.

The next few picks we have lined up, into early 2014, are so great, too. Like, even better than usual. One in particular is a book that I can’t wait to read people’s reactions to, by a writer I think everyone should know but who died young and has been tragically almost forgotten, because her family suppressed her work. It happens more than you think – one of the things Emily Books has taught me and Ruth! Writers: get a living trust and appoint a trustworthy literary executor!

We’re also trying an experiment, with our December pick, where we’re offering the option of physical books alongside ebooks. This is the number one thing people have asked us for, and we get it – not everyone owns an ereader, or wants to read books that way. For us, of course, it’s a lot simpler to fulfill orders for ebooks than for pbooks, especially because many of our picks are out of print. But we’re gauging response in December and, if response is strong and we can make the numbers add up, we’ll start offering physical books, via subscription and a la carte.

Look at this amazing new iOS7 app for Emily Books!

What would you be doing if you didn’t have Emily Books?

I thank my lucky stars every day that Ruth and I started this business. While it hasn’t made us rich, it has changed our lives. Being forced to read constantly, to find books we love and introduce new readers to them – that is hugely gratifying. When people thank us for sending them a book they would never have read otherwise that changed their lives, I’m filled with the purest joy I’ve ever felt! We started it because neither of us could find jobs that were perfect for us, and while we now both have other jobs, too, there’s something really magical about creating the job you want for yourself from scratch, then paying attention as that job evolves in all kinds of ways you couldn’t have imagined.

If you could chat to your twenty-four year old self, what is some advice you’d give her?

I used to answer this question by saying I didn’t regret anything and that the decisions I made, even the bad ones, shaped me into the person I am today so I wouldn’t take anything back. I regret giving that answer! (Haha.) No, I don’t really, and that’s still basically true. But if I could time travel I would try desperately to get my 24 year old self to understand money. “Just read one Suze Orman book!” I would tell her. “Acknowledge that money exists and is important. Value the present moment, but take care of future you, too.” I was just the classic person who doesn’t have much money and deals with it by imagining that some windfall will change her life forever. Then I got one, and it was the worst thing that could have happened to me. It wasn’t enough to change my life forever, and I would have realized it if I’d thought about it for more than two seconds. All it did was prevent me from developing responsible habits like budgeting and saving and opening my damn credit card statements. Then my fortunes took a turn for the worse, I didn’t have the habits I needed to survive a downturn. I had to learn the very, very hard way. I would recommend not doing that, if you can. Don’t get into a situation where you have to put taxes on your credit card, children.

Do you think you’ll ever leave New York?

I try to imagine it but I kind of think no! I hope I will someday be able to afford to spend the bad parts of the year somewhere else, though. I increasingly have friends who live upstate and in LA, and I really like visiting those places. But I’m an amazingly crappy driver, and I love New York. New York minus February-April and August is perfect. Oh and I also love Philly. I don’t know, we’ll see. Maybe I’ll do some remedial driving training.

What do you do when you’re scared?

Grocery shop and cook. I’m happiest cooking a giant meal for a lot of people I love and eating it with them. One of my favorite things I did this year was throw a birthday party for a friend who didn’t have anything special planned for his birthday. I made a leg of lamb (sorry vegans, sorry lambs) and potatoes and asparagus and chocolate cake. Super simple and everything was good. Cooking makes me feel in control and like a grownup. If I’m having a panic attack on the way to a meeting or reading or something I go into a grocery store and touch produce ’til I calm down. Seriously. 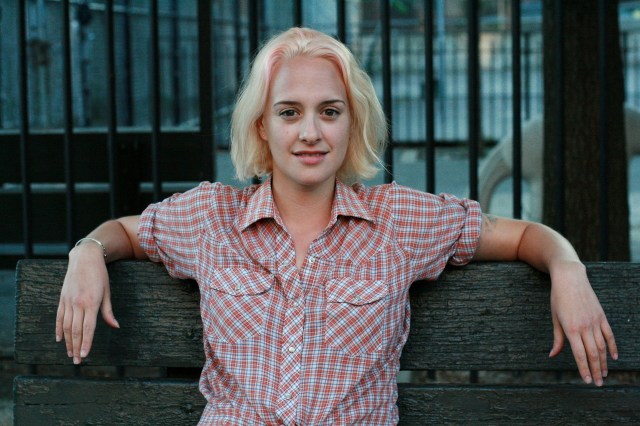 If you think you might like to subscribe to Emily Books I would strongly recommend it, and you should also keep an eye out for Emily’s forthcoming novel, Friendship, in 2014. You can find Emily at her website Emily Magazine and on Twitter and Tumblr.