“Being a woman who likes gaming must be like being a worm who likes fishing,” a dude friend of mine remarked recently. He was commenting on the constant negativity, abuse, and neglect that woman-identified gamers face daily. It’s tough out there. It’s almost enough to make me stop gaming. Ok, that’s a lie, there’s not much that would make me stop gaming. I do wish that game companies made a bit more room for me, perhaps didn’t advertise their phone games with supermodels in revealing “armor.” I wish that I wasn’t asked to prove myself as a gamer every time I picked up a controller.

Once there was a whole movement that wished those same things. The girl game movement was a briefly lived golden era of pink-wrapped PC games made for, and marketed to, young girls. “The idea behind the ‘girls’ game’ movement is the idea that girls, no less than boys, need computers at an early age is they are going to be adequately prepared to get ‘good jobs for good wages.’ Characteristically, the girls’ game movement has involved the transposition of traditional feminine play cultures into the digital realm” (Cassel, Jenkins). Game developers realized they were missing out on a share of the market, so they went pink and purple (those are the only colors girl children see, you know). Girls’ games were almost all available on CD-rom, based on the idea that girls did not own the consoles that were available in the late 90s.

It all started, sort of, with Her Interactive. HI was founded by Patricia Flanagan, Vice President of American Laser Games, Inc (ALG), in 1995. HI was originally a division of ALG, formed to address what Flanagan saw as a gap in the market. Developers seemed to be making games solely for audiences of boys. The marketing was almost definitely aimed at boys. So, Her Interactive started with a game called McKenzie & Co., an early PC simulator. The plot follows a junior high school student attempting to find a date.

Perhaps playing a whole game centered around finding a boy to date is not the best message for the girls who had been waiting for a game just for them for so long. But it’s not that cut and dry. “McKenzie” was the name of the player’s geotracker and was actually an acronym that stood for “Marvelous, Cool, Kinetic movement, Ever-lasting friendship, Non-conformist, Zany, Ingenious, and Empowered.” Players do more than just convince boys to date them (and it is, unsurprisingly, just boys that you can take to prom). They MUST attend school, they can also hang out in their rooms, read magazines, travel around the town. It was a digital world, just for heterosexual girls. It was a small revolution.

And Her Interactive did well. So well that they eventually bought and consumed their parent company, American Laser Games. After McKenzie & Co.’s success they found their true niche, Nancy Drew games. Since 1999 they have released one or two Nancy Drew titles per year, and they’re still going strong. This year you can play Sea of Darkness on PC or Mac, as well as #28 Nancy Drew: Ghost of Thornton Hall on your smartphone. 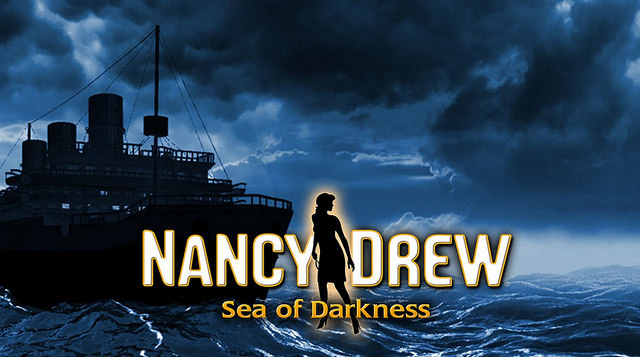 Around this same time Girltech was coming to life. This developer was founded by Janese Swanson in 1995, who also helped develop the first Carmen Sandiego game. Girltech was focused on making technology more interesting to girls, which included talking picture frames and keepsafe boxes with remote-controlled locks. Swanson reportedly wouldn’t “prettify” the technology with plastic bows and pastel shades because girls were interested in it without that. Not quite a videogame, but pretty cool nonetheless. She sold the company to Radica Games for $6 million. Radica was later taken over by Mattel, who now owns Swanson’s technology, and has made it very pink.

It was around this time that Mattel saw the reception of these smaller game developers and decided to bake a PC pie of their own. They had released Barbie (1991) on the NES (later Barbie: Game Girl on the Game Boy, clever), Barbie: Super Model (1992) and Barbie Vacation Adventure (1994) on the Super Nintendo and received little return. Now they wanted to enter the PC girl world, so Barbie Fashion Designer was born in 1996 and it was a huge success. Companies and theorists researched why (maybe the answer was simple: Barbie sells), and attempted to emulate that in other girls’ game companies. 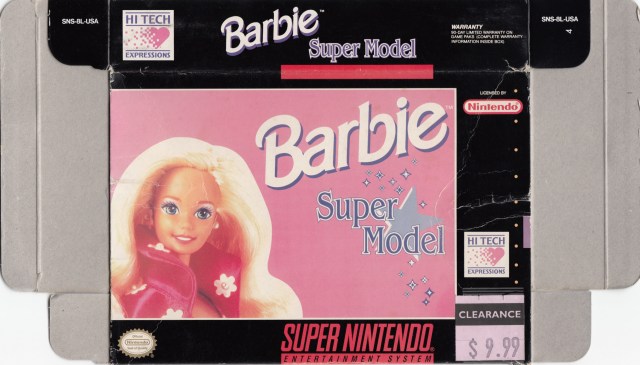 Mattel has had a successful run of Barbie games over the years, but the height of excitement for the pixelated beauty queen really occurred in the late ’90s and early ’00s. The Barbie Detective series of games was not just games for boys wrapped in a pink bow, it was a real experience just for girl gamers. And some of those games were hard. Now there are a lot of simple, and superficial, Barbie flash games available.

In 1997 Time Magazine called the girls’ game movement a drive for a “rom of their own.” That’s a major publication taking note of young girls in the game industry, young girls as gamers, and taking it somewhat seriously. Or, at the least, seeing the importance of making games accessible to girls. There was, and perhaps still is to an extent, a belief that letting children play video games would make them better at technology. PC games may eventually lead to engineer careers, software development, at the very least being computer savvy enough to get a job in the changing economy. So, if that was the belief, it was paramount that girls be involved. All jobs would eventually be computer jobs, and how else would girls learn those skills? In my elementary school, “computer class” was playing educational games.

Purple Moon is the name most women who were girl gamers in the ’90s know. Founded by Brenda Laurel and others in 1997, this developer was supported by Interval Research. According to Kotaku, “Purple Moon amounted to six years and $40 million dollars spent on research where thousands of kids were interviewed, and eight games were produced.” (Though I have counted ten games, not eight.) Actual research! About what young women wanted! However, there are some video game historians/theorists who have suggested that this was flawed. It was obvious that what developers thought girls should want were games that weren’t violent, were colorful, and focused on relationships and puzzle-solving. So, that’s what these girls told the researchers, what the investigators wanted to hear, rather than what the girls necessarily wanted to play.

It’s hard to know what the truth of that situation is, but the games did not sell as well as the developer and researchers hoped. Purple Moon made the Rockett and Secret Paths game series. These were like early visual novels and heavily focused on decision-making. After all of their research and careful game creating, they were attacked by critics for gender-stereotyping, claiming that girls wouldn’t like mainstream games and claiming they needed their own games. They closed their doors in 1999, also taken over by Mattel.

So why did the girls game movement fail? A few theories here. Even while a few games were fairly successful, developers saw nowhere near the numbers they were seeing for “boys’ games.” Perhaps this is because girls didn’t really want a bunch of bright pink games focused on fashion, dating boys, or making friends. Maybe they really did want the same games boys wanted but no one would buy them for them to play. Or marketers were only marketing “boys’ games” to boys.

Maybe they did want the girls’ games, but their parents didn’t see the point in them playing video games. After all, math and science (categories in which computers fit) are for boy children, reading and art for girl children. Perhaps girls did want to be gamers, and they wanted to play these puzzle and choice oriented games, but we’re taught that games, in order to be worth it, must be fast-paced and violent. Ultra feminine games must suck, because femininity sucks in the patriarchy.

Maybe it’s Mattel’s fault. Maybe they were too greedy, bought up too many developers, and then suffocated their art.

Or maybe they didn’t fail. Sure, a lot of these companies closed, but some were bought out. Some, like Her Interactive and Mattel, continue to make “girls’ games” to this day. The movement itself is gone, and was relatively short-lived. However, during its span it did teach the industry that girls, though maybe not all of them, are playing games. Games like Cooking Mama and Nintendogs were heavily marketed to young girls. Other, more traditionally violent/masculine games, like the Fable series, began to offer more women as protagonists. Visual novels are having a golden moment, with phone games like Episode and Dear Diary. Maybe “girls’ games” was just another genre, like action or fighting or puzzle, and not the ultimate answer to getting girls into tech fields.

Inventor Fills Girls’ Desire For Their Own Gadgets, by Michelle Slatalla

Gender Considerations and Influence in the Digital Media and Gaming Industry,  edited by Julie Prescott,

Al has written 1 article for us.