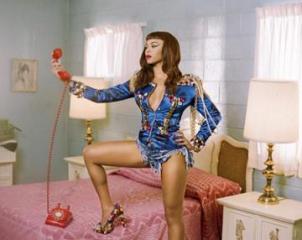 According to The New York Times, nobody talks on the phone anymore:

Sure, teenagers gave up the phone call eons ago. But I’m a long way away from my teenage years, back when the key rite of passage was getting a phone in your bedroom or (cue Molly Ringwald gasp) a line of your own.

In the last five years, full-fledged adults have seemingly given up the telephone — land line, mobile, voice mail and all. According to Nielsen Media, even on cellphones, voice spending has been trending downward, with text spending expected to surpass it within three years.

My longstanding feelings about telephone communications which I once categorized as “neuroses” are apparently now considered FACTS, even MANNERS.  In this article, Judith Martin, aka “Miss Manners,” says:

“Thank you for noticing something that millions of people have failed to notice since the invention of the telephone until just now. I’ve been hammering away at this for decades. The telephone has a very rude propensity to interrupt people. [though the beast has been somewhat tamed by voice mail and caller ID, the phone caller still insists] that we should drop whatever we’re doing and listen to me.”

Yet I don’t feel phone communication has completely dissolved in quite the same way this article claims it has, but The New York Times is more or less notorious for writing ridiculous “trend pieces,” whether they’re announcing a trend three months after everyone else has or declaring, triumphantly, that a trend is not actually a trend.

However — some quotes that “ring true”:

“Phone calls from anyone other than immediate family tend to signal bad news.”

“You pretty much call people on the phone when you don’t understand their e-mail.”

“Phone call appointments have become common in the workplace. Without them, there’s no guarantee your call will be returned.”

“Heaven forbid you actually have to listen to voice mail… who doesn’t heave a huge sigh of relief to find there’s no voice mail? Is it worth punching in a protracted series of codes and passwords to listen to some three-hour-old voice say, “call me” when you could glance at caller ID and return the call — or better yet, e-mail back instead?”

Things this article says phones are:

The piece dissolves slightly when the author claims that receiving calls on cell-phones when you do not have your phone on you and you live in a “home with stairs” is a “particular annoyance,” but other than that — some interesting points are made.

So read it. And let us know what you think. Do you talk on the phone less than you used to? Do you feel like it’s generational (regardless of what “generation” you’re in)?