Hello all you people out there! Welcome to the MTV Movie Awards! A show where the most important award is for Best Kiss. I hope girls kissing girls wins!

9:00pm EST: [Full disclosure this took place in my life at 11:00pm EST due to a hilarious mix of lack of cable and a little slip up involving leaving the gas stove on]

Looks like Conan O’Brien is hosting and doing  something with his face and a whole bunch of Celebrity Cameos. I understand that part of the joke was that he’s not trying to be funny, he’s just trying to get celebrity faces and then that’s supposed to be meta funny. But meh.

Except the bit with Taylor Swift and the manicures. Perfect.

My really question here is who asked Conan to host a show where the median age is 14? You know… and 26 year old med students.

This man is old enough to be your dad.

9:10pm EST: I fully appreciate the category of Best Kiss Fight. I feel like this was a category designed for lesbians. Just saying, who among us queers has never had a Kiss Fight? (Not to be confused with the omnipresent Hickey Battle.)

Just to be clear, when Conan plays the guitar he’s just making fun of Jimmy Fallon right?  I would be clearer about this except I don’t care about men.

9:15om EST:First up is the total babe and generally more talented than everyone else actress Lupita Nyong’o!

Of course. Talented, beautiful and actually pretty hilarious. And those shoes. Unfair.

This award feels weird and transphobic. Fortunately Jared Leto doesn’t waste much time before reminding us all that he really totally did have a band once. Seriously! They had songs and everything.

My Girlfriend: Fuck you and your straight white male privilege.

9:24pm EST: I see Seth McFarland is showing his face on TV again. And here I thought after the Oscars he was going to find a cartoon rock to crawl under and die.

Does anyone know why all the video clips MTV seems to be showing have been run through an Instagram filter? Is this Amaro or Mayfair?

9:27pm EST: I’m confused. Who are these actors announcing the next musical act? Are they from Spy Kids?

Wait. Stop. I don’t know Twenty One Pilots is, but did no one think the huge hoard of folks in white hoods would look like the KKK?! Did no one think of this? Where was upper management on this?

9:32pm EST: Why doesn’t Chris Pratt have a microphone? This is a train wreck. Actually it’s a shitshow. A literal show of shit.

This feels like an appropriate time to point out that Grumpy Cat was on the red carpet. 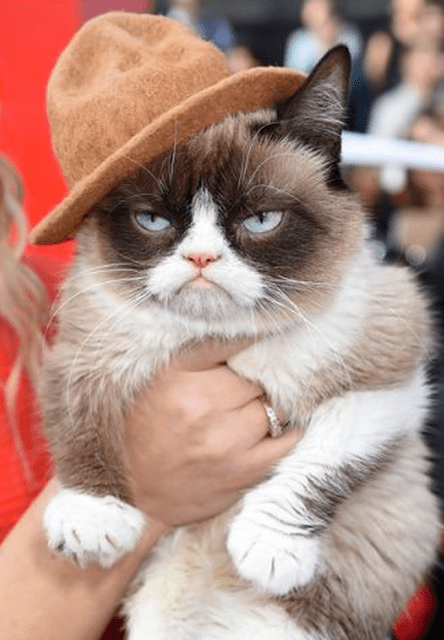 Did no one think to rehearse this?

9:48pm EST: My favorite part about this year’s MTV Movie Awards are that there isn’t a single famous musician there because everyone is at Coachella. I would be at Coachella myself except that I hate sweating, loud noises and touching people. Thus I’m at home watching MTV.

9:42pm EST: I just realized we’re in the middle of that awkward moment when Twelve Years A Slave, an epic Academy Award winning film, is going to lose repeatedly to The Wizard of Oz.

On the bright side we get to look at Mila Kunis’s hot face.

That’s great Mila, because you also played a prominent part in all of MY twelve year old self’s dreams. Specifically bedtime dreams.

9:50pm EST: So I guess “Best Shirtless Performance” is a category. I’m going to leave aside for a minute that this is part of The Problem to point out that I find it very confusing that any men are in the category. I’m going to need this one explained for me. Why would anyone want to see a man shirtless. I’m confused.

…and takes off his shirt. Shocker. 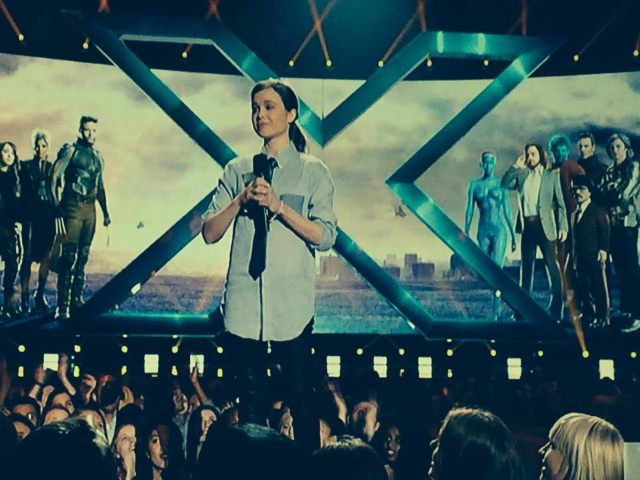 This is the picture my girlfriend took of the TV… 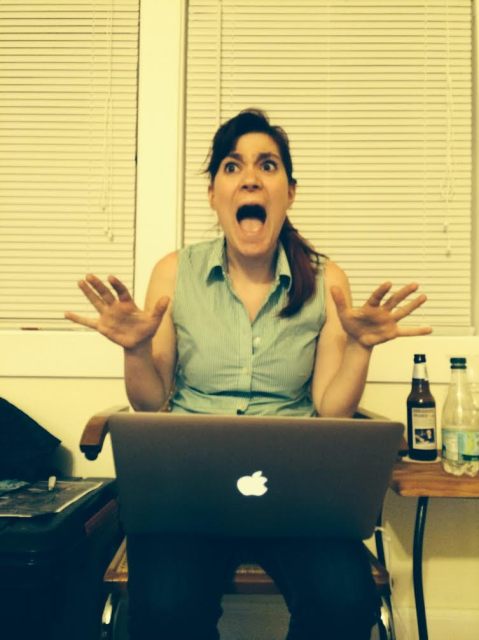 …And this is the picture she then took of me

My Girlfriend: Baby it’s the sneak peek world premiere. The WORLD PREMIERE of the new X-Men movie. And Ellen Page is in a tie. I might shit my pants.

9:55pm EST: Okay that clip showed us actually nothing about the movie. Don’t care. Still happy. Ellen: call me.

10:00pm EST: So Channing Tatum is getting the 2014 Trailblazer Award. Fitting because my girlfriend just watched Magic Mike the other night and had a lot of questions. I’m so glad the person getting the Trailblazer Award is a good looking white man. Thank god. No need to give it to anyone else. It just feels right you know?

10:03pm EST: Sorry guys, I wanted to say more about Channing Tatum but I was so busy gagging on my own vomit. Was there seriously no one who thought this was not a Grade A mistake. Who was oversight on this? Was it Fred from the third floor? Was he the same guy who approved the KKK crowd?

10:10pm EST: I’ve decided that every time Eminem needs a hit song he just calls Rihanna. Like every time he realizes he’s no longer relevant and/or that no one wants to hear his bigoted crap he just gives her a ring and asks to collaborate. Seriously he should be ashamed of himself. And MTV should be appalled that they asked him to perform.

She actually asked for “One of those new queer headbands the girls with alternative lifestyle haircuts are wearing” but the costume director misheard her.

10:15pm EST: My favorite thing about Dave Franco is that he has the same goofy motherfucking grin as James Franco.

10:25pm EST: Sorry. Got really distracted watching that kiss scene from Spring Breakers. Fortunately there has been such a long commercial I didn’t miss anything.

Now that we’re back to our regularly scheduled shitshow, I’d like to say that Nicki Minaj looks really hot. And hilarious. I appreciate her use of the term Matthew McConaugHeyyy.

They’re back at my house. Original skin tops and everything.

Additionally Carmen Diaz is always hilarious. Not sure where she got that dress but you know none of my business.

Re: changing the channel

Although I will say as a side note that “Objectifying Men” probably shouldn’t include explaining the ways in which you will sexually gratify him/please him and such. Just sayin’.

Feels like there have been better actors in better movies this year but, okay, whatever. I’ll take it.

I’d like Josh Hutcherson to admit that he sort of a haircut icon for lesbians. Though I can’t get over how much he reminds me of Draco Malfoy. Or really just the chick who played Malfoy in A Very Potter Musical.

10:30pm EST: I know I’m supposed to be solemnly morning over Paul Walker, but is that Jordana Brewster? Is that the chick from D.E.B.S?

10:40pm EST: I’m actually sort of surprised that 3/5 of the nominees for Best Fight involve women. You know, because Hollywood hates women.

I did love the nasty little hobbites movie. Loves it I did.

10:40pm EST: Even though we already gave out a “Trailblazer” award I guess it’s time to give another award to good-looking white buff man. Couldn’t possibly be bothered to find a woman or person of color or—gasp— a woman of color for this award.

True to his roots, Mahk-y Mahk is dropping F-bombs left and right.

10:55pm EST: Very excited about Ellie Goulding and Zedd. I actually saw Ellie Goulding in concert like four years ago before she was that big. That’s right guys, I liked something cool before other people knew it was cool. Feel free to applaud.

Zedd seems like a nice guy too even though his name feels mostly like he should be the main character in a Nintendo video game.

11:00pm EST: Well we had to watch about three hours of commercials to get here (which was hard because the show was only two hours long) but we’re finally at movie for the year. And Johnny Depp is here to announce it. He signed on to a 10 movie contract with Disney for Pirates of the Caribbean  and now the only way he can get out of it is by doing the MTV Movie Awards until he’s 70.

Movie Of The Year goes to Hunger Games: Catching Fire

Unfortunately J. Law isn’t here to accept the award because she’s too busy off being the most perfect woman alive. Such is life.

And that’s it go home. This is MTV. If you can’t do it in two hours get the fuck out.