Orange Is the New Black has never gone all in on a theme the way it did in “Ching Chong Chang,” focusing every character’s story around a central question: How do society’s beauty standards affect every woman on this show differently? It did it by bringing Chang, one of the show’s most underused characters (and one of the show’s only Asian characters), to the forefront and exploring her invisibility; and by passing around a Victoria’s Secret catalog and examining different characters’ relationships to a hundred-dollar pair of panties.

The episode centers on Chang’s story, about being invisible and the violence of that oppression. Gloria and Sophia have a conversation about what a “real” woman looks like — bags under her eyes, grown-in roots vs. flawless hair and M.A.C. counter makeup skills — and why, as a trans woman who fought so hard for what she has, Sophia aspires to the ideal. Morello explores different ways to make herself up to appeal to different kinds of men. Black Cindy, Janae, and Flaca pursue a Panty Shoppe catalog looking for representation. And, of course, Piper talks about how overpriced panties are empowering, the way Thor would say his hammer is empowering (yeah, I’m sure it is, for you, God of Thunder; it was made specifically for you and for literally for no one else).

This recap is going to be a departure from our usual format, because I am a cis white lesbian and it’d be fully Piper Chapman of me to to center the commentary around my own very limited perspective. So, I’m going to give you a traditional recap of the episode, and then I’ll be joined by Laura Mandanas, KaeLyn, Fikri and Yao Xiao to talk about how their personal experiences line up with the ones we saw on our teevees.

If you want to hop straight to the roundtable with Laura, KaeLyn, Fikri and Yao, click right here!

Bell and O’Neil are at a bakery worrying about what they’re going to do when Caputo inevitably fucks up saving their jobs, when O’Neil is accosted by a red velvet donut. Let me tell you something, he is more upset about this artisanal hooplah than he ever has been about anything in his entire life, and he is surrounded practically every day by women who are suffering the consequences of being denied agency for their whole lives. Also, red velvet donuts are delicious, O’Neil, so welcome to Wrongville. Population: You. 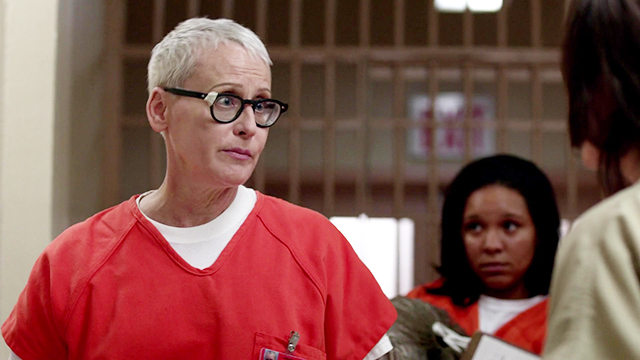 Dottie did not drop that ball on purpose; I plowed over her. 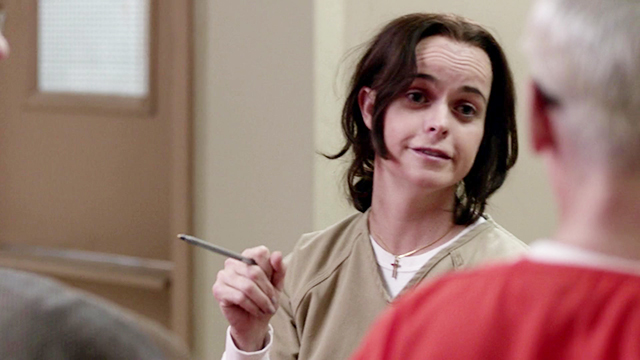 Whatever you need to tell yourself. #RockfordPeaches

Pennsatucky rolls out the welcome wagon for some new inmates, including Lori Petty, whom we last saw getting the hell kicked out of her in a Chicago prison because of Piper. She’s pretty psyched on Litchfield, though. Like the floors are swept and the lights are on and nobody’s wailing and clanging a tin mug against their cell bars like so many jails you see in the Wild West. Pennsatucky tells them their families can come visit if they want to, but try not to get too sad if they never do; these women are still bright shining stars. When Chang walks by, Pennsatucky introduces her with a racial slur, and Chang gives it right back.

Chang wanders into the bathroom to brush her teeth with salt and also so we can juxtapose her with Alex and Piper. On the one hand, it’s like: This is what Alex and Piper’s life would be if they were living together on the outside, standing together in front of the mirror flossing their teeth and plucking their eyebrows and bitching about their jobs and being assholes about people who aren’t them. But on the other, it’s juxtaposing Chang to the two women you’d copy out of this show and paste onto a Rolling Stone cover. Laura Prepon and Taylor Schilling are the conventional beauty standard. 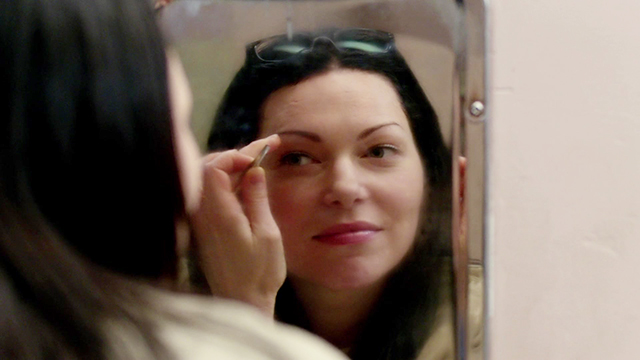 God. My hips are huge! I hate my calves. 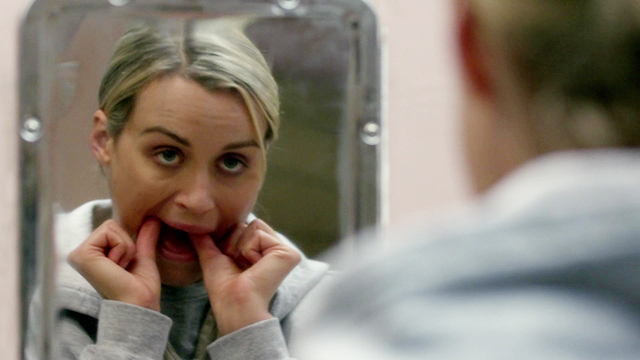 At least you can wear halters. I’ve got man shoulders. 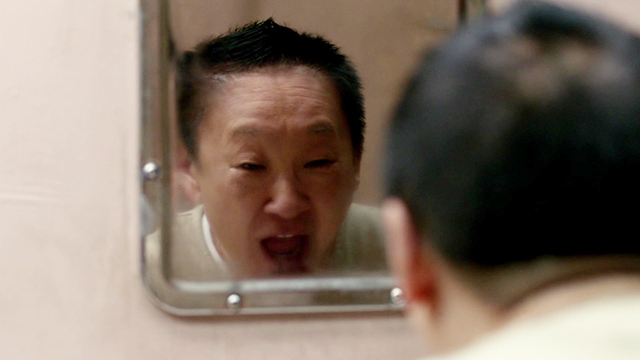 I used to think there was just fat and skinny. But apparently there’s lots of things that can be wrong on your body.

They mock her because they suck, right there in front of her face, and she finally she goes, “Hey, lesbians, my eyes are squinty, but my ears work just fine.” They leave, but they giggle the whole way out like a couple of elementary school Mean Girls.

Flashback! Chang came to the U.S. so her brother could sell her off to a suitor in an arranged marriage/mail-order bride situation, but the woman who ran the arranged marriage business was unimpressed with Chang’s looks and her shyness, and so was the asshole who agreed to marry her. Chang’s brother and the asshole intended husband yelled at each other about how ugly and awful Chang was, and then her brother told her she owed him a thousand bucks for the plane ticket, which she could work off at three cents per hour in the family store and by doing his laundry and by cooking his dinner and whatever other sexist garbage. 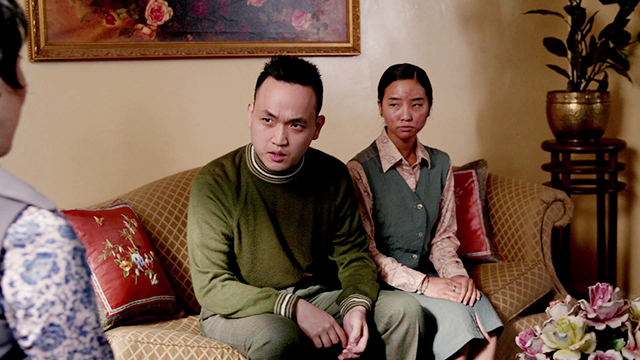 Let me MANsplain this in terms you can MANderstand. 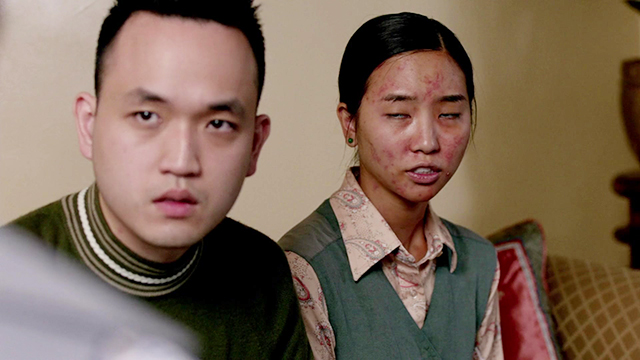 Back in real-time, Red is watching Chef Judy King get arraigned on tax evasion charges on TV (something Red thinks she deserves because of how she puts cream in her carbonara) and Gina is writing a story for drama workshop that ends with her running over her mom with a lawnmower and Suzanne is patiently waiting for her turn to watch Adventure Time, when Gloria arrives asking for a favor. She needs Red’s husband to pick up her son in Queens and bring him up to visit so she can do his homework with him, but Red explains that she’s done with men who are mushrooms. They consider being gay for each other; they already have the haircuts. And then they just laugh and laugh.