Why are y’all laughing? You should totally be gay together. You would be the most powerful lesbian couple in history. You’d be the Frank and Claire Underwood of Litchfield! No one could stop you! Anyway, the music goes, “Something so sweet is about to happen!” Red raises her hand to wave. Healey walks by and frowns at her. Gloria vomits. 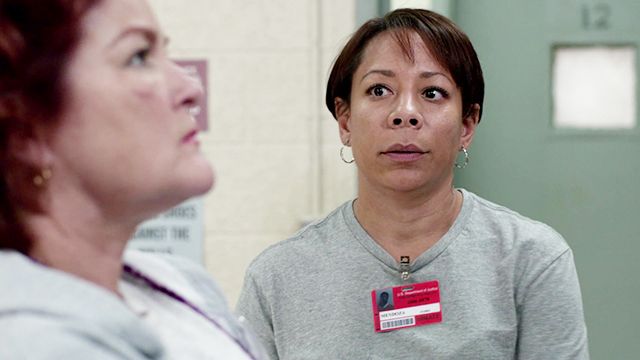 You wanna get gay married, or nah? 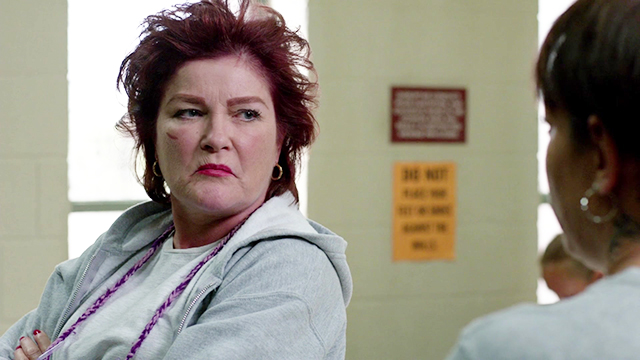 Later, Red follows Healey into his office where he whines his Men’s Rights Activism drivel about how unfair it is that every woman on earth doesn’t just shut their damn mouths like the Bible says and have sex with him. Like so unfair. The most unfair. To a woman who is in prison taking the fall for an entire incompetent crime ring run by men, Healey talks about how unfair it is to be a man in this world. Red says when you rob women of their agency, it robs them of their currency, which leaves them with one coin to spend. How dare you judge them for spending it?

The jig is up for Taystee. Poussey has caught that squirrel she thought was thieving her hooch, and Suzanne spots it when she comes to share the news about Judy King getting arrested. “The one who has that plantation vibe, but in a fun way” is how Poussey describes her before falling to her knees and begging the Lord to send her to Litchfield. Probably she would not be as good a prison cook as Chang is, but she’d probably challenge Red and Gloria for managing the kitchen (…unless Red and Gloria were MARRIED). Taystee sits Poussey down and tells her she’s the one who was stealing her jail juice. 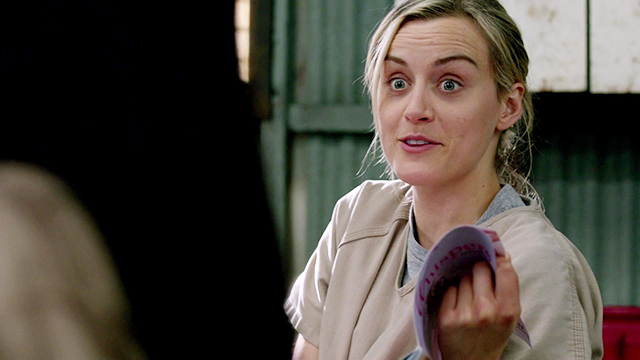 Oh shit what if I became Walter White?

In the Panty Shoppe, Flaca and Piper have a giggle about how they’d trade places with the catalog models in a second, even though their lives are probably just pills and cutting. Ruby Rose looks over and smiles coyly. Piper pretends to not know why, like she’s never seen an alternative lifestyle haircut or something. 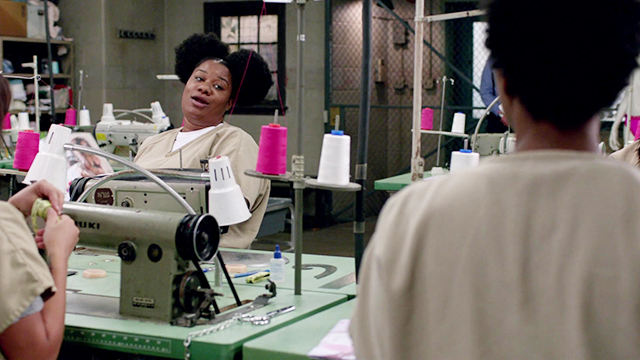 What season do you think it’ll be before a black woman gets to have prison sex on this show, and how much nudity on a scale of one to The L Word? 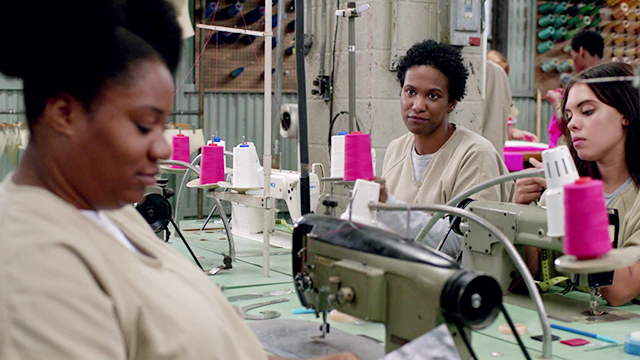 Black Cindy: White bitches, white bitches. How many pages do you think it’s gotta be before they put in the token black person, and how dark is she, on a scale from one to Grace Jones?
Janae: All right. 14 and four.
Black Cindy: Oh, so close! Here she is, page 11. But she’s like a two. The bitch’s got blue eyes.
Janae: Yeah. Look at her abs, though.

Morello is working a new angle with a prison pen pal program. The first dude she meets, she weaves a yarn about how she was behind the greatest jewel heist in Arizona’s history. He’s a gun enthusiast, so he’s hella impressed. He talks to her about weapons for an hour. Later, she talks to an anime nut, and tells him Daya is her favorite artists. He’s hardcore into her too. She studies to meet a bird watcher, but mixes up the days and ends up telling a karate guy about the mating habits of mallard ducks, and he flips out because he doesn’t care about birds! Maybe that’s because he’s never met Litchfield’s magical chicken. Or maybe it’s because he belongs to the same MRA subreddit as Healey and thinks women are made to fuck him and only talk about his very specific set of interests. 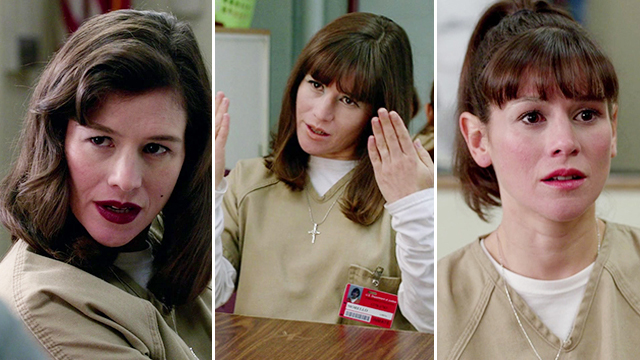 These are the various hairstyles I had when Nikki gave me my favorite orgasms.

Morello breaks down and admits she’s bored and lonely because Nicky is gone. I feel you, girl. I feel you.

At lunch, Lolly asks for a kosher meal, and everyone reacts like she asked to order in pizza or something. They finally come up with one for her, a frozen thing from waaaaay back in the freezer. Chang, meanwhile, wants two milks and peas and that’s all. She dumps the milk, stashes the peas, and takes them to her dorm where she mixes them together with crunched up Fritos and hot sauce and bakes them in the microwave. No one even notices. 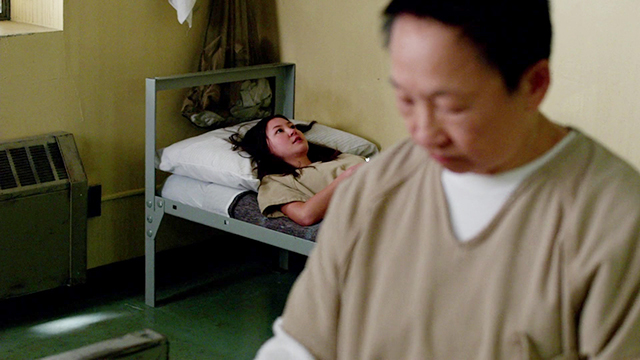 Chang, do you think I’m as annoying as Piper? 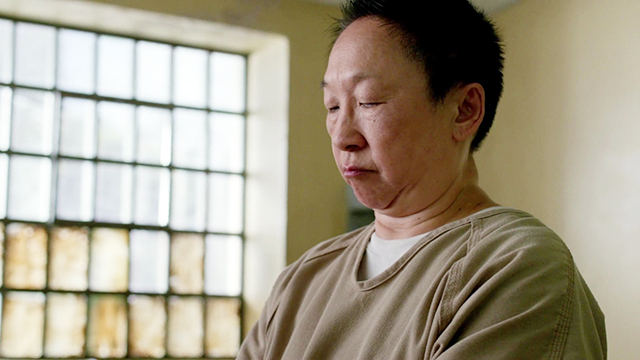 No one is as annoying as Piper.

Well, Soso notices. She laments the fact that Asian people don’t commit enough low value crimes to end up in Litchfield, so she’s never going to have a “big Asian prison family.” Chang tells Soso she’s Scottish, but she says her white friends all think a single drop of ethnic blood makes her as Chinese as her toothbrush.