Hello, my name is Miriam. I’m a 30 year old trans woman living in Texas. And, because it’s Friday, I’m dressed like a man right now. 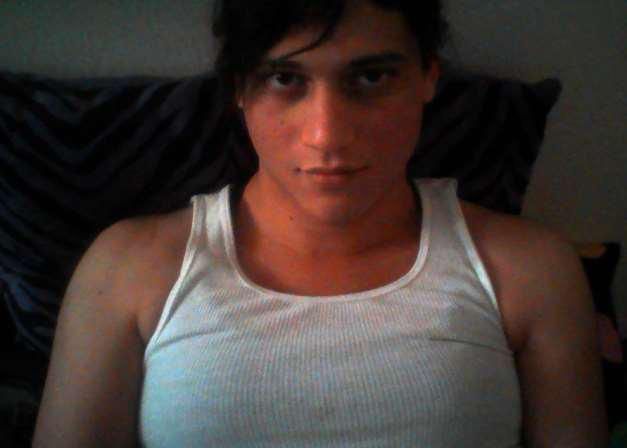 Not one of my prouder moments.

No, this isn’t part of some gender fuck art protest. In fact, my reasons are very old fashioned. You see, I’m a Muslim, and in order to enter a mosque, I have to do so as a man.

Mosques, unlike churches, are gender segregated. It comes from Bedouin tradition dating back to long before Islam. In modern times, it’s justified (like all gender segregation) as a way to free straight, cisgendered people of sexual temptation.

In practical terms, it means that gender presentation determines whether you enter the men’s or women’s area. Overall society is already wary of trans* inclusion into women’s spaces. You can imagine what orthodox/ultra-orthodox mosques would say, especially when you factor in my being queer.

They would tell me to leave and never come back.

And you have to enter a mosque. Group prayer is major part of Islam. Aside from Friday service, there are funerals, weddings, and holidays. And those are just the required times. It boils down to a simple decision: dress like a man, or lose part of my faith.

That scares me. To say Islam is important to me is an understatement. Islam is life. It’s saved my life countless times, and allows me to embrace life as it is. It’s as integral to my well-being as my transition. And it’s not like I harbor any personal conflict between being queer, trans*, and Muslim. God made me these things, all praise be to God. But Islam is not an island, and my personal peace doesn’t erase the conflict with the greater community.

The consequences of that extend far beyond the few hours a week I’m in the monkey suit. For starters, having to pass as male means I have to keep an androgynous appearance at all times. Even something as simple as getting my eyebrows done could raise suspicions. And I’m deathly afraid of a judge finding out and declaring that I’m not “really” full time.

Which is would be silly. Transition is almost never a straight line from one gender or another. It’s full of lapses, de-transitions, and a lot of ambiguity. In that sense, this could be seen as the last vestiges of manhood before I fully come into my own. But many trans* narratives also involve trans women forced to live their lives in the closet. These Fridays could be my life. Not that I wouldn’t (again, nothing I wouldn’t do for my faith).

So why not fight back? Why not change mosques? Try to pass as cis- and enter the women’s area? Find some other queer Muslims and hold our own Prayer? Simply demand my right to pray without having to crossdress?

But fighting back isn’t as easy as it sounds. For starters, the local community is too tight knit and knows me too well for me to pass undetected. It would only take one person to say something. It’s also the problem with establishing a queer Muslim community. Queer Muslims, the ones who don’t simply walk away, are forced in the closet as much as possible. I can count the number of Muslims I’ve met post-transition with one hand in my pocket.

As for fighting for my rights: well, for starters you need leverage to push back. And then there’s Islamophobia.

Screw you, Microsoft, Islamophobia is a real word. And it’s not partisan, either. There’s more than enough people in the queer community perfectly willing to disparage Islam for their own purposes. I don’t want my narrative to be used against my community, and I know that once I start protesting, I’m not sure who would get involved.

Because it’s not as if America’s Islamic community is categorically homo-/trans*phobic. Being a religious minority means learning to be non-judgemental. Keith Ellison is the vice-chair of the LGBT Equality Caucus. Then again, I’m not sure if I’d be allowed in his mosque.

Mosques are beautiful places. You see such a deep expression of faith there: Muslims who haven’t prayed in years picking up right where they left off. Reverts finding their first conscious taste of Islam through these doors. Mosques accept everyone from rich professionals to skinheads with earplugs.

And, truth be told, I’m not particularly out to judge my fellow Muslims, either. I may think that gender segregation is bullshit, but I’m not interested in trampling someone else’s right to it. It would simply be nice to have a way of opting out of it without leaving the mosque.

Until then, I’m just going to be here in a tank top, doing my best impersonation of The Aggressives.

PS: I just want to note that Daniel Pipes, Michael Lucas, Pamela Gellar, Newt Gingrich, and pretty much anyone featured here and here can pre-emptively go fuck themselves.

About the author: Miriam lives and works in Texas, and currently blogs for I Am Not Haraam. She’s not very good with bios.