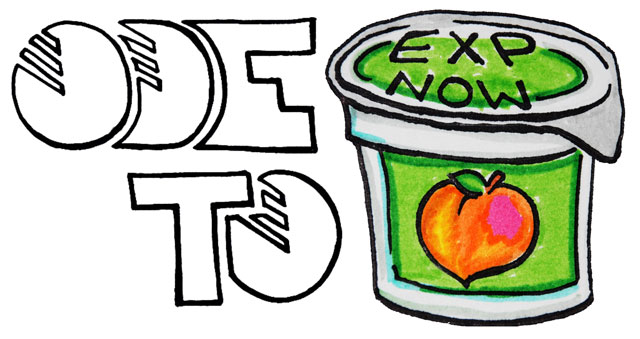 Food makes up a good portion of my budget, so it always hurts to empty the fridge of fuzzy bits of last week’s paycheque. But sometimes, ingredients are doomed for the trash even before they make their way into your kitchen. Somewhere along the food production line, someone’s asking, “Is this okay to eat?” Lately a few food-type entities tried to answer that very question, and to figure out what to do if the answer is “no.”

Leftoverswap popped up as the Craigslist of cupboards. Do you have a tub of peanut butter you realized you’re allergic to? Or a wedding cake you’ll never finish? Or maybe just an extra bowl of pasta? Simply pin your meal to a map and see if anyone in your neighbourhood will pick up the fork so you don’t have to.

On a larger scale, Trader Joe’s founder Doug Rauch has proposed the Daily Table as the purveyor of past its prime produce. Next year they’ll purchase other grocery stores “unsellable” goods before re-packaging or re-processing them into discount meals.  Some people are wrinkling their noses at the thought of eating “expired” food, which is kind of the whole problem to begin with. Between 30-50% of the world’s produce never makes it into a human stomach because we’re convinced that food turns to poison if we wait too long. 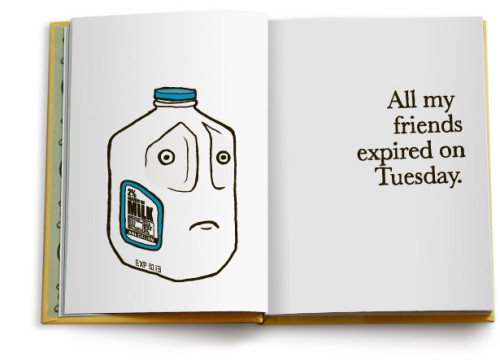 All of My Friends are Dead Via Sunday is for Lovers

When it comes to those ominous printed numbers, the dates aren’t exactly a death sentence.

Sell By Date: a warning for sellers

Best Before or Expiration Date: a warning for consumers

Expiration Date: a warning for parents (since this is only government regulated for infant formula)

These guidelines just ensure freshness, not their edibility. It’s in the best interest of food manufacturers and grocers to give you the “best” product they can. So manufacturers will tell you to stop eating their goods once they’re past their nutritional, textural and flavour peak and big chain grocers will pull their product early to seem fresher than their competitors. Given that mistakes and problems do come up, that safety window becomes shorter and shorter to ensure that everyone’s in the clear. But really now, eggs might go down a grade, chocolate might develop a cocoa fat bloom, chips and crackers might become a bit chewier, but they don’t instantenously morph into poison.

If you aren’t willing to start dumpster diving or trekking out to Brooklyn for a meal made from last week’s leftovers, you can do a few things to stretch your groceries (and your grocery budget while you’re at it). Dented cans or bulging bottles aren’t worth the botulism risk (no matter how great the discount), but there are still some valid savings at your supermarket. If you want to start ignoring the numbers and give your food a second life, you can check out other food guides to see how long foods should last. But even there, you should rely on your eyes and nose as well.

Browned Produce. The colour brown generally won’t kill you. We’re all accustomed to eating picture-perfect fruits and veggies but the fact is those “ugly” fruit still make it onto your plate. They might not be suitable for salads, but they’re still perfectly fine in cooked applications. If the skin’s closed, there’s no sign of mold or critters and the scent’s free of ammonia or alcohol, those discounted bags of fruit and vegetables in the back of your grocer could save you a bunch! Wash and peel as you would and possibly cut off any parts that are overly mushy.  Keep in mind that in the case of pineapple, that extra bit of brown might make your fruit even sweeter! 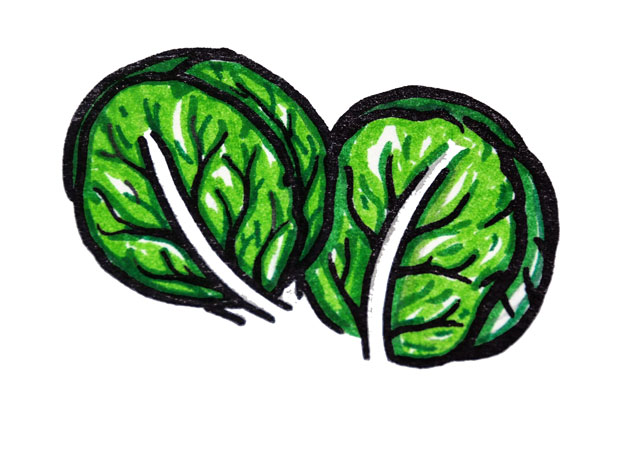 Wilted Vegetables. Often the problem with vegetables is little more than evaporation. Give it a few days and your kale won’t crunch and your celery won’t snap. For leafy greens, give the head a trim (stripping off anything slimy or overly rusty) and place it into an ice water bath. Same goes for celery and rhubarb. Osmotic action will inflate the plant cells until they’re almost as crunchy and crisp as the “fresh” stuff. Spin and store like you normally would and you can have veggies for a few more days. If your lettuce stays limp, you could fry or boil it in a recipe where wilting is actually desired!

Stale Bread. Bread becomes a lost cause as soon as it leaves the oven. As the loaf cools below the starch’s gelatinization temperature, the starch crystals begin to revert to their original form and push out water as they recrystallize. So what was once moist, chewy and tender becomes dry, crumbly and tough. If you bring your bread back beyond that gelatinization temperature (by steaming it in a hot oven or shoving it in the toaster), the starch will re-absorb some water and feel fresh for a few extra minutes. But if you don’t think you can deal with your bread’s short window for its second coming, you can turn them into croutons, salvage them for breadcrumbs, boil them for pud or fry up some French Toast.

Fuzzy Cheese.  Mold is a fact of life and shows up everywhere. Even though it seems like a surface thing, mold will penetrate your food. Most meats, grains and dairy products should be discarded, but firm fruit and cheeses are generally salvageable. Check for additional spoilage signs like pungent ammonia or soap, then give yourself a one inch buffer as you’re cutting off the mold. As long as your food is dry, dense and solid, you should be safe.