PRESIDENTIAL PROMISES: President Obama spoke at the HRC dinner in Washington last night. If you didn’t catch it on CNN, go watch it here!

Obama opened with, “it is a privilege to be here tonight to open for Lady Gaga,” which instantly caused our hearts to grow two sizes and our faces to LOL.  The speech was kind and touched on topics including AIDS, hate crimes, the rights of families, and, most importantly:

+ “I have called on Congress to repeal the so-called Defense of Marriage Act, and to pass the Domestic Partners Benefit and Obligations Act.”
+ “I will end ‘Don’t Ask, Don’t Tell.’ That is my commitment to you.”

Over at Queerty and the New York Times, it’s very noticed that he gave no timetable for doing so. Here at Autostraddle, we are just gonna feel happy & warm right now that he stood up there and said he was gonna do this stuff. Obvs this means we get to sleep in tomorrow and don’t have to march right? ‘Cause Intern Katrina just took off her pants.

Here’s the first 10 minutes of the speech:

Yes, actions speak louder than words, but the fact that Obama is still talking about these issues means he hasn’t forgotten them. All we can do is wait and see if he delivers. In the meantime, keep fighting the battle for equality on the local and state levels.

Also Lady Gaga performed and was super respectable about the whole thing b/c of her incredible honor for the gays. Here’s a video interview with OurScene TV: 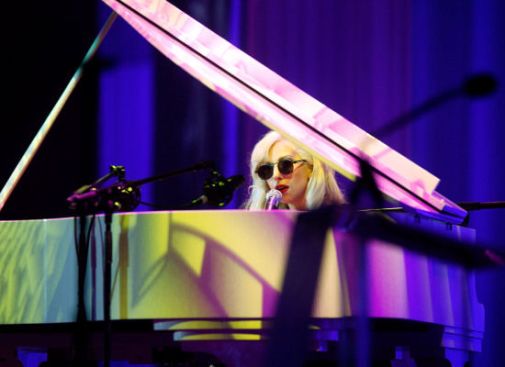 Michael Moore, who is usually quite angry, makes some good points in The Huffington Post about how we ought to consider dealing with O’Bawms:

All I ask of those who voted for Obama is to not pile on him too quickly. Yes, make your voice heard (his phone number is 202-456-1414). But don’t abandon the best hope we’ve had in our lifetime for change. And for God’s sake, don’t head to bummerville if he says or does something we don’t like. Do you ever see Republicans behave that way? I mean, the Right had 20 years of Republican presidents and they still couldn’t get prayer in the public schools, or outlaw abortion, or initiate a flat tax or put our Social Security into the stock market. They did a lot of damage, no doubt about that, but on the key issues that the Christian Right fought for, they came up nearly empty handed.

NEM: JK! Today is the National Equality March, and Autostraddle is in D.C. ready to do our part! If you aren’t in Washington, follow the action on CSPAN from 2 to 5 p.m. EST. You can also stay updated by checking the Equality Across America blog or by searching for #NEM on Twitter. (@equalityacrossamerica) 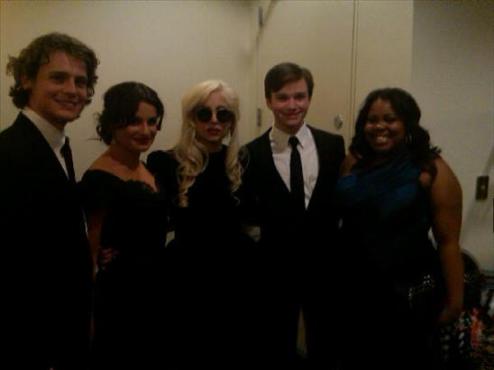 Lady Gaga & the Glee Cast at the HRC Dinner

PASSING JUDGMENT: Joe Solmonese has suggested that we not judge Obama on gay stuff until the end of his (hypothetical) second term in 2017, and AmericaBlog Gay is pissed about it, BECAUSE THAT IS TOTALLY SKETCHY. “Maybe somebody should ask the 6,000 gay and lesbian service members, discharged between now and 2017, how they feel about that. Maybe we should ask Dan Choi. And Victor Fehrenbach.” (@americablog @queerty)

16 Angry Women Attempt to Protest the World’s Biggest Douche. Or, The Anti-Tucker Max Story, “I Hope They Serve Subpoenas in Hell.” (@thevillagevoice)

SWEDEN FTW: A Swedish committee has reprimanded Toys “R” Us for gender discrimination following a complaint filed by a group of sixth-graders! (@thelocal)

GOSSIP GIRL: Blake Lively is gonna be in a lesbian bondage movie! We thought we’d end this on a decidedly positive note. (@current)