Barack Obama, who you may recall from Monday evening’s Foreign Policy Television Superspecial or perhaps from his present position as President of the United States, endorsed same-sex marriage initiatives in Maine and Washington today. Obama had already expressed his support for Maryland’s Quesiton 6 during a fundraiser in Baltimore this past June, and in April, Obama “explicitly came out against” Minnesota’s proposed constitutional amendment banning same-sex marriage. These announcements add to a building momentum suggesting that this election year could see marriage equality’s very first victories at the polls. 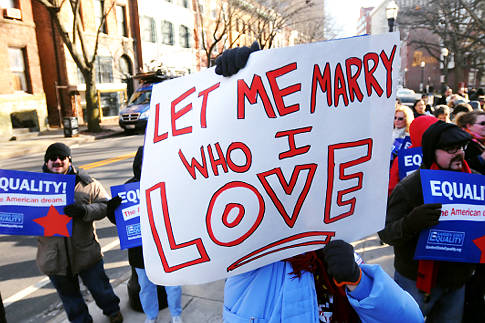 Referendum 74 in Washington is a vote to approve or reject the Ferbuary 2012 bill that would legalize same-sex marriage for Washingtonians. Obviously anti-equality advocates were pretty upset about that bill and by June had gathered enough signatures to put the measure up for a vote. The statement from Paul Bell, Obama’s Northwest regional press secretary, is as follows:

“While the president does not weigh in on every single ballot measure in every state, the president believes in treating everyone fairly and equally, with dignity and respect. Washington’s same-sex marriage law would treat all Washington couples equally, and that is why the president supports a vote to approve Referendum 74.”

Washington State Senator Ed Murray of Seattle, a 17-year advocate for gay & lesbian rights within the political system, was overjoyed and surprised to hear of the president’s endorsement: “I would never have dared to dream that a President would one day step forward at this crucial moment in the middle of his own close reelection campaign, to offer his support to our efforts.”

Washington United for Marriage is the most visible advocate of Referendum 74 and, unsurprisingly, the heathens at the National Organization for Marriage are the most visible opponents of the measure. Washington United for Marriage has garnered heaps of support from the bigshots of Seattle’s world-renowned tech industry — Amazon.com’s Jeff Bezos donated $2.5 million to the cause and Microsoft’s Bill Gates and Steve Ballmer each put in $1000,000, and on Tuesday, Bill and Melinda Gates donated another $500,000. Other local corporate supporters include Starbucks, REI, T-Mobile, Expedia and Nordstrom. NOM is relying primarily on the Roman Catholic Archdiocese of Seattle and “in-pew donations” from various parishes, including lots of out-of-state money (surprise!). Also, Obama wasn’t the only endorsement Referendum 74 got this week — The Washington State NAACP announced its support today as well.

Polling is mixed and as of last Wednesday, equality advocates maintain a very slight lead. 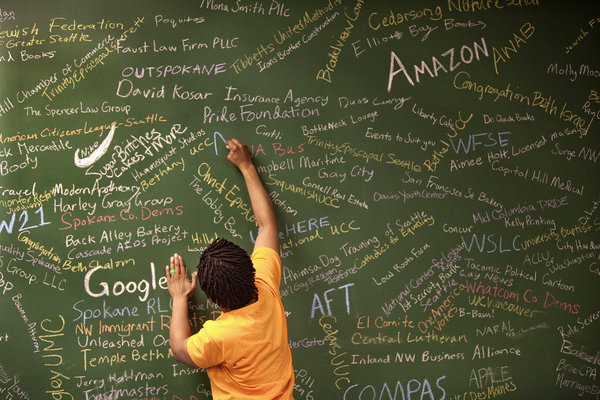 “Sylvia Rolle of the activist group Washington United for Marriage adds new names to a wall of support at the organization’s headquarters in Seattle.” (Photo by  Stee Ringman for The Seattle Times via The LA Times)

Over in Maine, Question 1, “An Act to Allow Marriage Licenses for Same-Sex Couples and Protect Religious Freedom,” will ask voters “Do you want to allow the State of Maine to issue marriage licenses to same-sex couples?”

Maine’s struggle for marriage equality is one we’ve been following since this site launched — in May 2009, Governor John Baldacci signed a same-sex marriage bill into law, and it was to take effect 90 days later. But before those 90 days passed, the lovely people of Protect Marriage Maine and their supporters mobilized to put the issue up for a vote in November. Team anti-equality won, 53%-47%. It was profoundly disappointing. Recent polling, however, suggests that this year’s initiative might actually go our way — supporters narrowly lead opponents, according to Public Policy Polling. 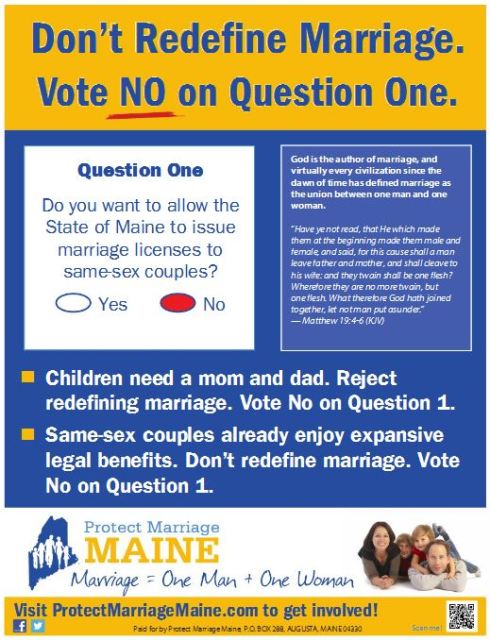 According to research conducted by the centrist Third Wave Think Tank released this week, a shift in attitudes about same-sex marriage isn’t the result of newer and younger voters, as many believe. In fact, only one-quarter of the change can be attributed to young people. The LA Times reports that “75% of the increase in support for gay marriage has come from Americans reconsidering the issue.” Obama, of course, is amongst those Americans who have recently “reconsidered the issue” (at least publicly). When Maine lost the same-sex marriage vote in 2009, many were disappointed that Obama hadn’t spoken out in favor of equality for Maine, but this year, he did. Let’s hope he’s one of many ready and willing to do what they weren’t willing to do three years ago or four years ago and speak out in favor of equality.