All of the photographs in this NSFW Sunday are from Jelena Vermilion and have been used with permission. If you’re a photographer or model and think your work would be a good fit for NSFW Sunday, please email carolyn at autostraddle dot com. 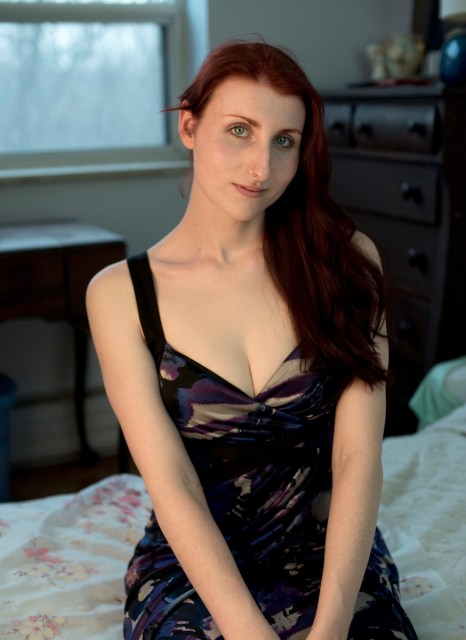 “[There is] the belief, among those in the sex toy industry who do think about disability, that there’s already enough toy diversity to work for all bodies. Ariana Rodriguez, pleasure products editor for the adult industry trade publication xBiz, argues that the only real issue is lack of awareness of all the options out there and how they could work for diverse bodies. In truth, Lynae tells me, ‘there will be lots of sex toys that are almost perfect, but then there will be one aspect—hard-to-press buttons, un-ergonomic handles, etc.—that ruin them.’ Hacks can only go so far in patching these shortcomings. And disability awareness advocate Andrew Gurza says that many disabled people are still underserved, at times still not well catered to by anything already on the market—especially those who have fine motor skill issues or sensory impairment.

These are, Lynae says, ‘usually things that would have only taken a small amount of effort for the manufacturer to make accessible if they’d been designing with disabled people in mind.’ The end result could still be a mass audience product, just accommodated for more bodies. To Gurza, not consulting disabled people while designing toys is basically just forsaking extra revenue.” 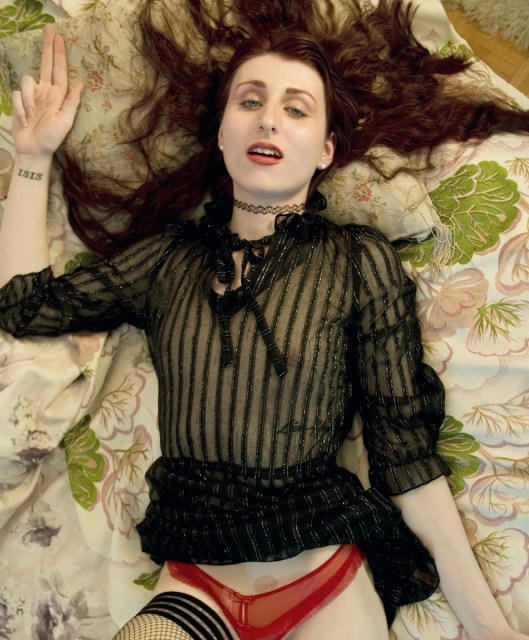 “Did you know that most people are positive for HSV-1, and that most are asymptomatic, meaning they have no symptoms?,” writes Kaleigh Fasanella at Allure on why testing positive for HSV-2 is not a big deal and why most doctors don’t test for herpes unless you have symptoms:

“Hilda Hutcherson, assistant professor of obstetrics and gynecology at Columbia University Medical Center in New York, is one of those doctors. ‘I usually don’t do tests for herpes [unless] someone has a lesion or a sore, something I can see, [then] I will do a swab and take it to a culture or check the DNA on the materials I removed,’ she says. ‘If there’s nothing there and I do a blood test and the blood test comes back positive, let’s say it’s positive for type 1, what does that really mean? Most people are positive for type 1.’ She adds that someone could be HSV-1-positive and either have or not have genital herpes. The result ‘doesn’t mean much, and it makes people go crazy.'” 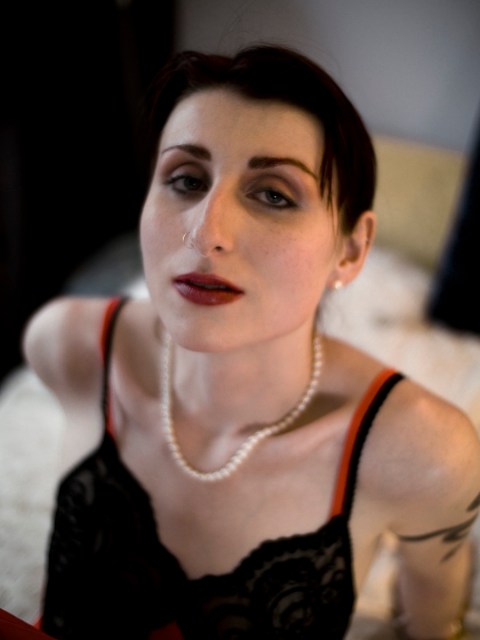 Sometimes you just have to quit your totally reasonably paid job to be a sex toy tester instead.

Going “Instagram official” is the new way to announce that you’re in a relationship, whatever that even is, or maybe more accurately to say, “you fit into my vision of my life,” writes Leah Chernikoff at Elle.

It’s hard when packrats and minimalists move in together.

Can MDMA save your marriage?

At Oh Joy Sex Toy, Sara Valta writes about her first year in a polyamorous relationship. 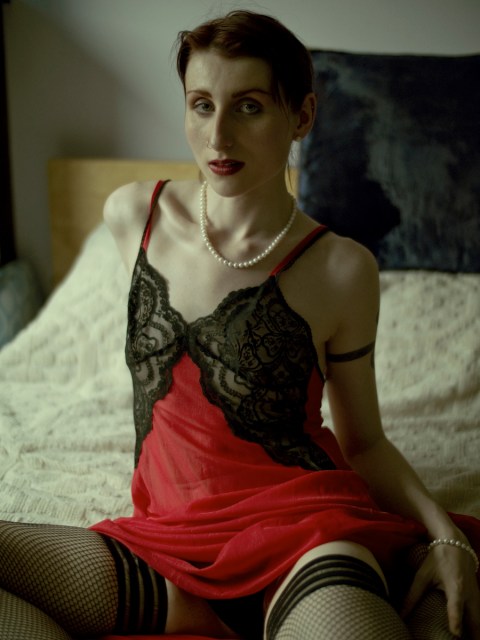 “[P]erhaps that would be fine if the top searches were ‘woman on top of someone she could never identify as a family member,’ ‘strapped women taking tender tushes,’ ‘grown up legal-aged professionals of all genders in hot consensual anti-racist role play.’ But if pornography is another space in which we practice exploring our fantasies, I have questions.

How do we face the national truth that our trending fantasy sexual experiences center around incest, underage lovers, racialized power dynamics, or sexual encounters in which women are objects?

How do we face ourselves and what we’ve been programmed to desire, especially if it works against our sense of agency and connection and integrity in our real life sex?

How do we move beyond the things we have accidentally come to want and need in order to get off, toward the desires we want and need to cultivate to break the intersecting cycles of harm we are in?” 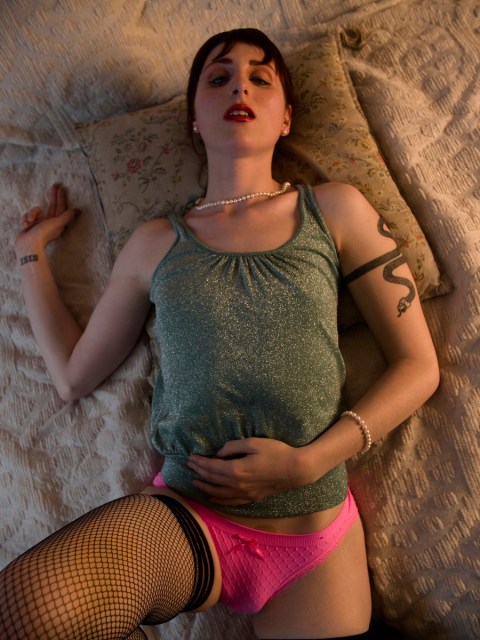 “With so many companies pushing products designed to hide women’s bodies and sex lives in the name of feminism, it’s easy to forget what actual progress looks like. Real progress would mean people feeling comfortable enough with their vulvas that they don’t want to disguise their taste or smell, contain their fluids, or conceal what they’re doing with them.” 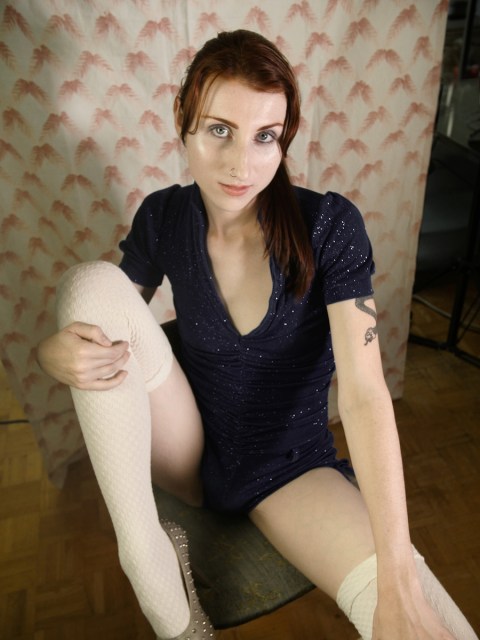 On this photo series, she says:

“I was thinking about how I wanted my pose(s) and the colours of my clothing to convey a type of sensuality, and how to convey that with my eyes.

I’m always a bit nervous before a shoot because I have a certain aesthetic and mood or energy that I try to convey. During the photoshoot, it’s kinda blank because I’m really in the moment and honing whatever that energy needs to be. Afterwards, I feel anticipation because I get excited to see the finished images and art!”

Carolyn has written 1036 articles for us.