As plans progress for the April 22 “March For Science” pro-science demonstration, debate among scientists has (mildly, politely) bubbled to the surface. In a widely circulated New York Times editorial, coastal geologist Robert S. Young cautioned, “A march by scientists, while well intentioned, will serve only to trivialize and politicize the science we care so much about, turn scientists into another group caught up in the culture wars and further drive the wedge between scientists and a certain segment of the American electorate.” Essentially, science is a politically neutral entity. Don’t bring politics into it or you’ll give people (especially conservatives) the wrong idea.

Here’s the problem with that: all science is and always has been political. 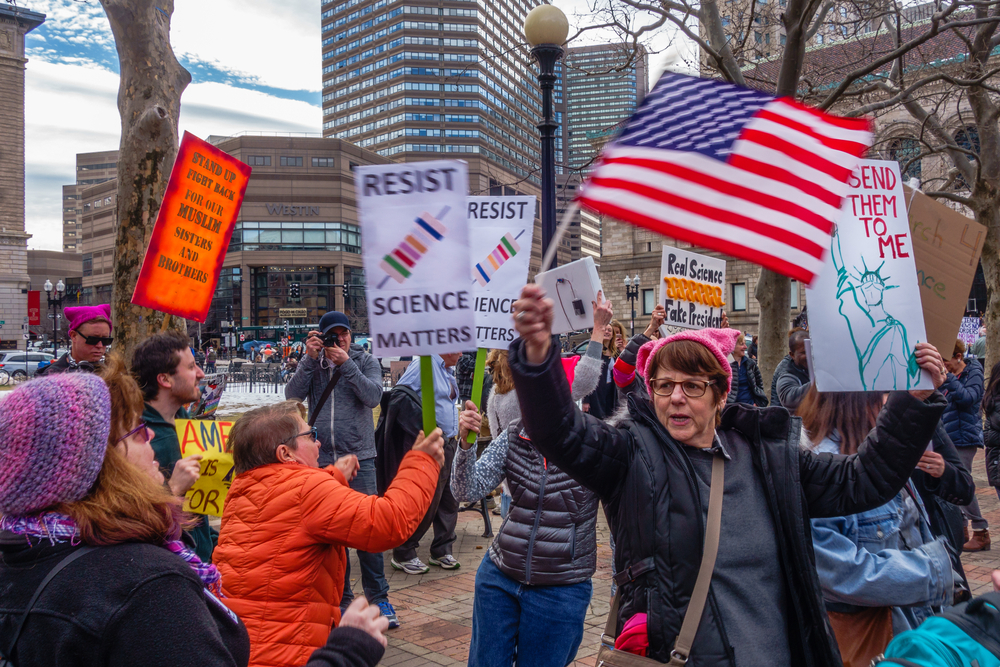 BOSTON, MA USA – FEBRUARY 19, 2017: Protesters hold up signs at the Stand Up for Science Rally in Copley Square Boston. Via Shutterstock.

Before we get into that, though, let’s pause for a second and recognize the momentum behind Young’s particular characterization of science. Both among scientists and non-scientists, it’s common to speak of science as a depersonalized exercise in rational thinking. Scientists rarely discuss how their political beliefs may be influencing their work — and if they do, they certainly never do it within their work.

Since the time of Francis Bacon, scientific writing has intentionally limited the use of first person pronouns in an organized effort to bolster public perception of science’s objectivity. Largely, the campaign has worked. In pop culture today, for example, to indicate that something is an obvious fact, the cheeky phrase “because science” can be used as a shortcut appeal to authority. There’s nothing wrong with this, necessarily, but it’s worth keeping in mind the ways in which language shapes and sometimes limits our worldview. Just because we’re used to talking about science in a particular way doesn’t mean that it’s accurate.

The fact is, science is a social activity carried out by human beings with their own sets of biases. I’ve written previously about how male-dominated fields may unintentionally produce sexist products. This effect is true not only in product development engineering, but also more broadly in science fields; the ideals of the group in power inevitably impact the outcomes. In a stunning piece for the African American Intellectual Historical Society, Christopher F. Petrella recently wrote:

The historical record is replete with examples of the ways in which scientific inquiry and experimentation have sought to naturalize and rationalize the inferiority of people of color and justify their oppression through the language of pathology, deviance, and abnormality. Further, people of color have long served as laboratories for dangerous scientific experimentation. Exposing this lurid history is the first of many steps in forcing mainstream science — often implicitly racialized as white — to confront a historical past that exerts an enduring political force over our historical present.

From the Tuskegee syphilis experiments to modern forced sterilization, science has never been an apolitical enterprise. The danger of talking about science as a series of value-neutral truths is that it obscures the human decision making that took place at every stage along the way, as institutions were built up. It implies that the biases held by those decision makers are shared by everyone, and are therefore insignificant. This is not true — although it does put much of the debate around the March for Science into context. Take a guess which demographics have been coming out in opposition to the March. (Hint: many have never before been asked to consider their own race, gender or sexuality as political!) 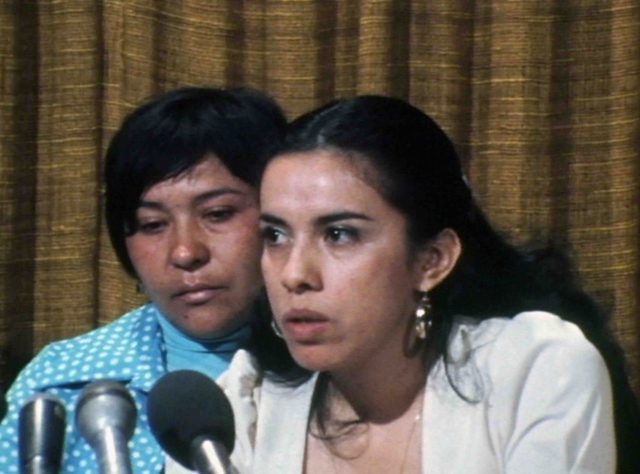 Dolores Madrigal (left) and attorney Antonia Hernández (right) at a press conference announcing the 1975 lawsuit Madrigal v. Quilligan. Via No Más Bebés, a documentary film released in 2016 about immigrant mothers who sued after they were pushed into sterilizations while giving birth at the LA USC Medical Center.

Despite all this, science is the best process we’ve got to understand our world. Acknowledging its limitations doesn’t invalidate it; if anything, having open discussions about where bias does and does not exist will strengthen it. And that’s something we should all be invested in, because science benefits everyone.

Within the United States, scientific research is largely funded by taxpayers (rather than corporate interests), and the results drive improvements to agriculture, health care, technology, education and more. Without science, we would have no cancer treatments. We would have no television. We would have no indoor plumbing. Science makes our country great, and it’s something that Democrats and Republicans both have a stake in — because while science is inherently political, it is not inherently partisan. Skepticism and critical thinking are healthy, but science is under serious attack right now. From anti-vaxxers on the left to climate deniers on the right, science is mistrusted across the political spectrum, and the current administration is only making it worse. Keeping our heads down and hoping a “certain segment of the American electorate” comes around is not the way forward. Marching is.