Hey velociraptors! Here’s some news for you!

+ How about that Women’s World Cup, huh? Well, more Americans watched the final Women’s World Cup match between the U.S. and Japan than the NBA Finals and the Stanley Cup. Over 20.3 million people tuned in to watch the game, making it one of the most-watched soccer games in U.S. television history. Sucks that these awesome women athletes will be paid 40 times less than their male counterparts. The total payout for the Women’s World Cup will be $15 million, while last year’s men’s World Cup payout was $576 million.

+ During a special session, the South Carolina state senate voted 37-3 to take the Confederate flag down from the capitol grounds. The vote needs to pass the state House before it can be taken down. In related news, a new poll shows that 57 percent of Americans believe the Confederate flag symbolizes Southern pride. When it comes to race, the poll finds 72 percent of black people view the flag as a symbol of racism while only 25 percent of white people feel the same way. 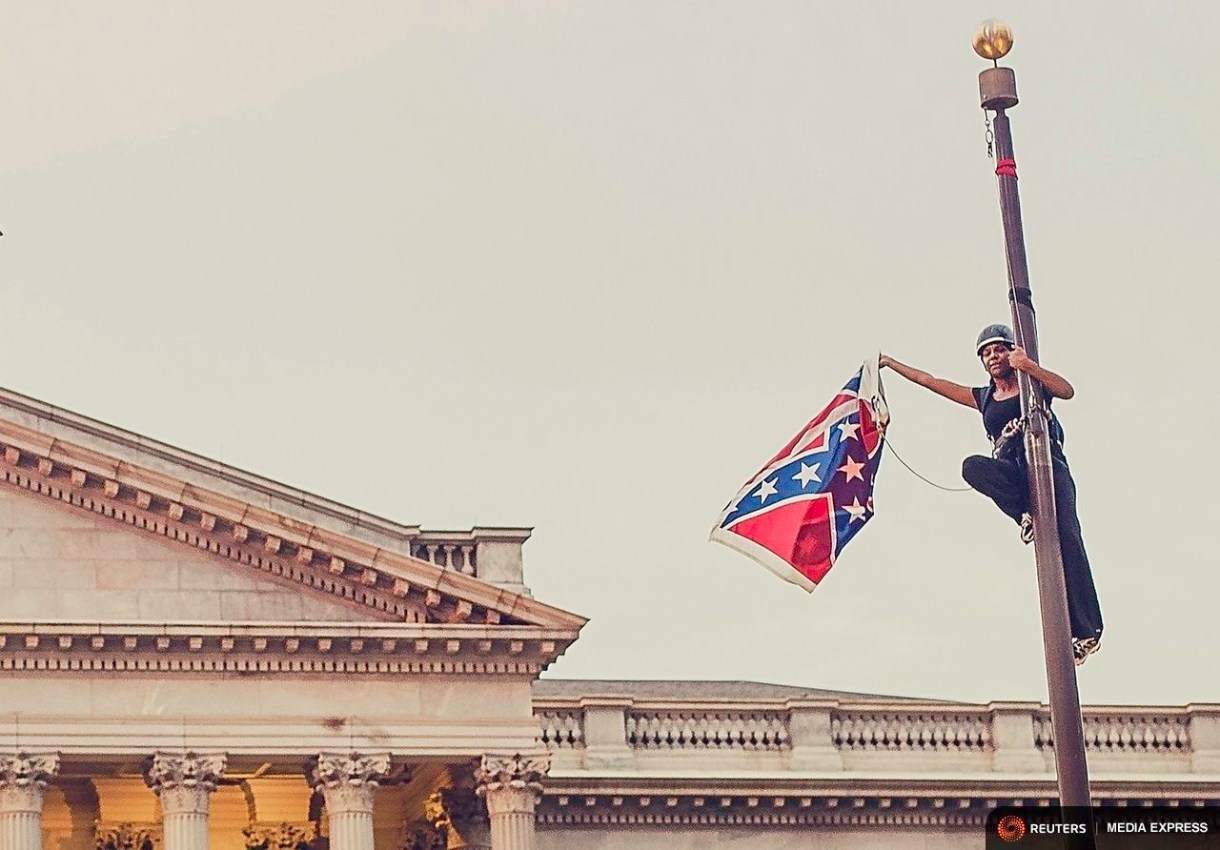 via Vox
Bree Newsome triumphantly taking down the Confederate Flag

+ Baylor University, a private Baptist college in Texas, removed the words “homosexual acts” from its sexual misconduct policy, where it was previously listed along with adultery, fornication, incest, sexual abuse, harassment and assault as acts that could prompt disciplinary action. The university’s board of regents approved the updated sexual conduct policy in May but it was just recently reported by the Waco Tribune-Herald. It states: “Baylor will be guided by the biblical understanding that human sexuality is a gift from God and that physical sexual intimacy is to be expressed in the context of marital fidelity. Thus, it is expected that Baylor students, faculty and staff will engage in behaviors consistent with this understanding of human sexuality.” In 2013, Baylor’s Student Senate demanded the words “homosexual acts” be dropped from the policy. The then student body president vetoed the vote and the senate was unable to reach a two-thirds majority vote to override the veto.

+ Christ Church Cathedral, an Episcopal church in St. Louis, started the Rebuild the Churches Fund to aid the predominantly black churches that were recently burned in fires that are still under arson investigation.

+ A New Orleans man who kidnapped, robbed and demanded sex from a transgender woman last December was sentenced to a minimum of 10 years after the court dropped all charges but armed robbery.  Joseph Pittman, 30, offered a ride home to a 46-year-old trans woman from a French Quarter gay bar but ignored her requests to turn on a certain intersection towards her home and instead pulled out a handgun and ordered her to lay in his pickup truck. He then proceeded to drive the woman to a secluded spot where he demanded she perform oral sex. When she refused, Pittman took her purse where she had her phone and $180 and drove some more before he released her. The woman remembered Pittman’s license plate number which eventually led to his arrest. Pittman took a plea deal by admitting he robbed the woman at gunpoint so the state dropped second-degree kidnapping and attempted aggravated rape. The presiding judge, Orleans Parish Criminal District Court Judge Franz Zibilich said his sentencing was unusual in this case. “I, for one, very rarely authorize the minimum sentence of 10 years for an armed robbery. You’ll still be a young man when you come home, sir. And I hope you’ll make better choices in your life from now on.”

+ Last week a Muslim woman filed a lawsuit against the police department in Dearborn Heights, Michigan for violating her civil rights. According to the suit, Maha Aldhalimi was arrested when police discovered a warrant for an unpaid parking ticket after they stopped her for parking in a no park zone at Wal-Mart. Aldahalimi was taken to the police station where she was ordered to remove her hijab in the presence of policemen to take her booking photo. She explained to the police why removing her hijab would be against her religious beliefs but the officers only threatened to forcibly remove it themselves if she didn’t comply. She removed it and is now suing the police department.

+ ICANN, the organization responsible for setting various protocols and standards for the internet, is considering a proposal that might make doxxing easier according to Katherine Cross over at Feministing. The proposal deals with which kind of domain registrants can use proxy or privacy services, which can potentially expose people’s addresses to the internet.

+ Mayor Stephanie Rawlings-Blake announced that all police vans in Baltimore will be equipped with a camera in the future. “We’re working through a process that will place cameras with recording capabilities in the backs of all our police vans, to ensure that we have a more complete record of what occurs there,” she said. The announcement comes a week after Freddie Gray’s autopsy report concluded his death was caused by a series injury in a police van. In addition, the Baltimore police will be equipped with new riot gear before the verdicts of the Freddie Gray trials come down. 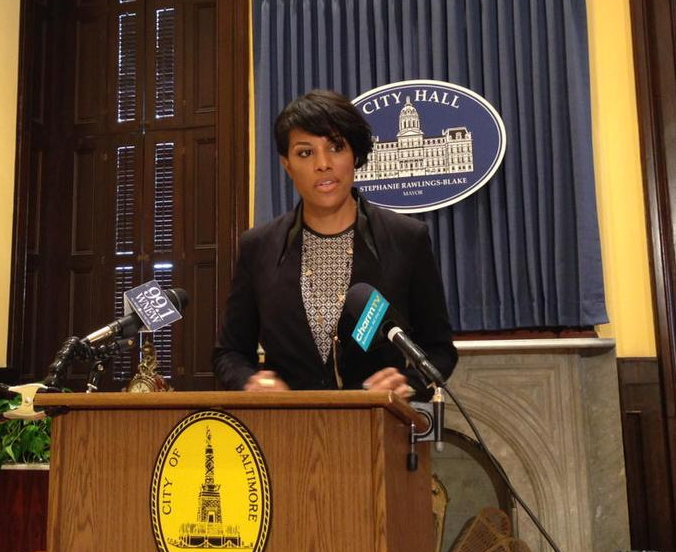 + As of July 1, transgender people living in California can now have the correct gender on their death certificates. The Respect After Death Act requires medical examiners to refer to legal documents such as “court order approving a name or gender change, a passport, a will, proof of clinical treatment for gender transition, an amended birth certificate, or a valid driver’s license to determine the sex listed on the death certificate.” According to the law, the examiners aren’t supposed to base their decision on the genitals of a transgender person and legal documents override the preferences of the deceased’s family.

+ A Texas same-sex couple is suing a county clerk’s office because they refused to issue them a marriage license — until yesterday that is.