Authorities in 15 French towns had banned burkinis, full-body wetsuits worn by Muslim women, citing public concerns in the wake of terrorist attacks in the country. However a French court reversed those bans today saying the mayors who enacted them did not have the proper authority to do so. 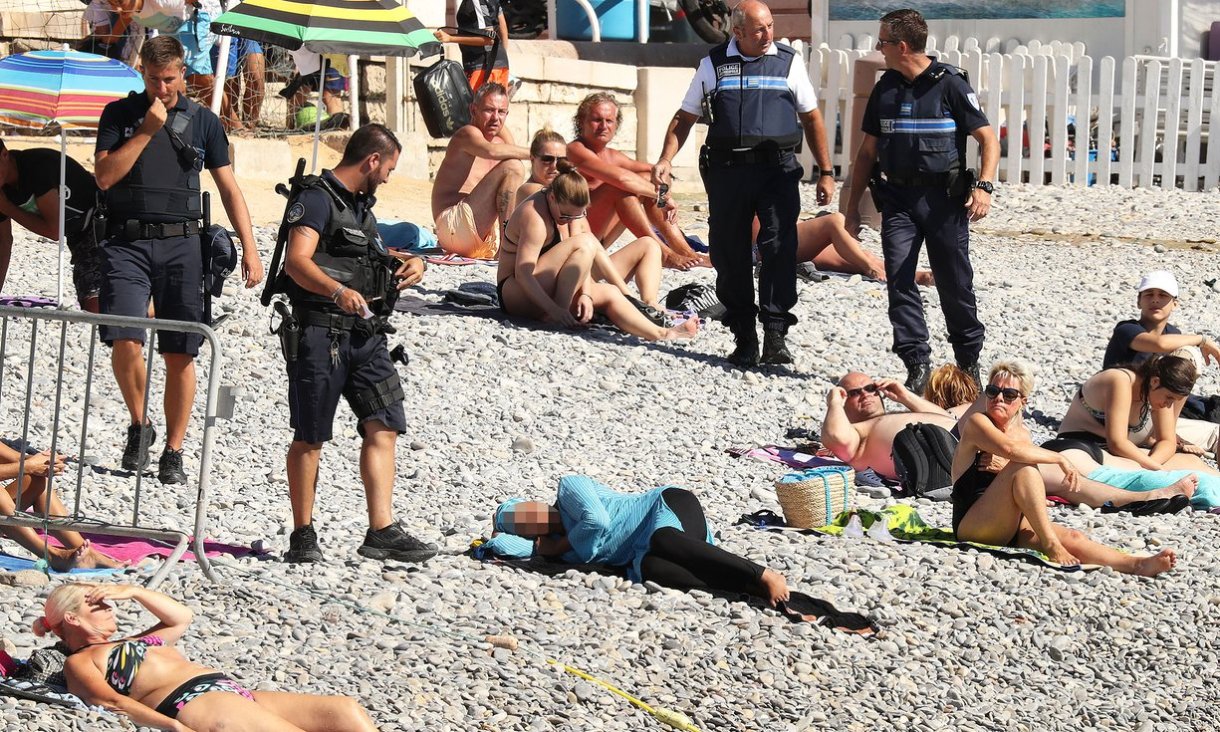 Earlier this week, photographs emerged of four police confronting a woman at a Nice beach and forcing her to remove some of her clothing. The Guardian reports:

A witness to the scene, Mathilde Cousin, confirmed the incident. “The saddest thing was that people were shouting ‘go home’, some were applauding the police,” she said. “Her daughter was crying.”
Last week, Nice became the latest French resort to ban the burkini. Using language similar to the bans imposed earlier at other locations, the city barred clothing that “overtly manifests adherence to a religion at a time when France and places of worship are the target of terrorist attacks”.

Related read: A Guide for White People on the #BurkiniBan and Discussing Muslim Women

+ Purvi Patel could be released from jail as early as September as soon as they can schedule a re-sentencing hearing. She was initially sentenced to 20 years in prison for feticide and felony neglect of a dependent but in July an Indiana appeals court vacated the feticide conviction.

+ The National Labor Relations Board ruled that graduate students at private universities are employees and have the right to organize and form unions.

+ Martin Blackwell, a Georgia man who poured boiling water over a sleeping gay couple, was sentenced to 40 years in prison. The jury convicted him of aggravated battery and aggravated assault. The couple Anthony Gooden and Marquez Tolbert suffered severe burns. Blackwell was dating Gooden’s mother at the time of the attack.

+ A federal judge ruled it was ok for a funeral home to terminate a transgender employee after she transitioned, citing the owner’s religious convictions.

+ Another white boy rapist gets off with only two years of probation because jail time simply would’ve “destroyed this kid’s life.”

+ Arizona Sheriff Joe Arpaio, who is known for his anti-immigrant rhetoric and brutal policing tactics against Latinxs, may be facing fines or jail time for being in contempt of court.

+ Five women vying for Senate seats in seven swing states could lead to a rise to Democratic power in the Senate.

+ The NYPD illegally monitored Muslims and political activity related to Islam according to an Office of the Inspector General for the New York Police Department report.

+ Who Is Ultimately Responsible For The Vicious Hack Targeting Leslie Jones?

+ The University of Chicago sent a letter to incoming freshman telling them they don’t provide “so-called ‘trigger warnings’” or “condone the creation of intellectual ‘safe spaces.’”

+ Two Orlando hospitals will cover the medical bills of Pulse shooting victims. Orlando Health and Florida Hospital will absorb out-of-pocket medical expenses and will write off an estimated $5.5 million or more in care.

+ Police officer Gerry Realin, who helped remove the bodies after the Pulse shooting, is fighting the state of Florida to have his PTSD recognized for worker’s compensation purposes.