On May 1st, Canada’s Immigration and Refugee Board have released new guidelines regarding evaluating refugee claims on the basis of sexual & gender identity and expression.

Chairperson’s Guideline 9: Proceedings Before the IRB Involving Sexual Orientation and Gender Identity and Expression starts off with inclusive definitions of gender and sexuality-based terminology — including recognising pansexual and intersex people, recognising non-binary genders and trans people who do not wish to physically transition for any reason, providing a definition for “cisgender”, and adding a caveat that “there is no standard terminology that adequately captures the diversity within and between the evolving concepts of sexual orientation and gender identity and expression across cultures and societies.” It then discusses the difficulties many refugees may face in establishing their gender or sexual identity, such as needing to conceal their identity in their origin countries due to persecution; intersections with other factors such as race, age, or ability affecting their access to resources; the effects of trauma on their ability to testify their case to the IRB; and others.

Guideline 9 suggests multiple considerations for evaluators to keep in mind when managing cases from LGBTQI applications: using appropriate language, protecting sensitive information, avoiding reliance on stereotypes, and being considerate about difficulties with providing corroborating evidence, noting that sometimes the only corroborating evidence available is the claimant’s own testimony. There are specific additional guidelines related to intersectionality, bisexual people, trans and intersex people, minors, forced medical treatment, and the presence or absence of laws criminalising LGBTQI identities or behavior in the claimant’s country of origin.

The new guidelines have generally been met with positive responses from immigration lawyers and human rights activists. The Canadian Council for Refugees and Vancouver-based LGBTQI refugee support organisation Rainbow Refugee, who provided feedback on the development of Guideline 9, have tweeted their support of the guidelines. Speaking to The Globe and Mail, who profiled a number of LGBTQI refugees in Canada about their experiences coming to the country in advance of the release of Guideline 9, Rainbow Refugee chair Sharalyn Jordan pointed out that the “ethnocentric criteria” and assumptions that LGBTQI refugees would immediately find community and relationships as soon as they arrive were not helpful in processing refugee claims based on gender and sexuality persecution. “[Guideline 9] makes me very hopeful that we will start seeing more consistent, more just decisions.”

Winnipeg immigration lawyer Bashir Khan, speaking to CBC News, called the guidelines “revolutionary”: “It basically puts LGBTQ people and their refugee claims at the same level as a political opinion or a religious persecution case, meaning that their sexuality is not put on trial the way it has been up until today.” 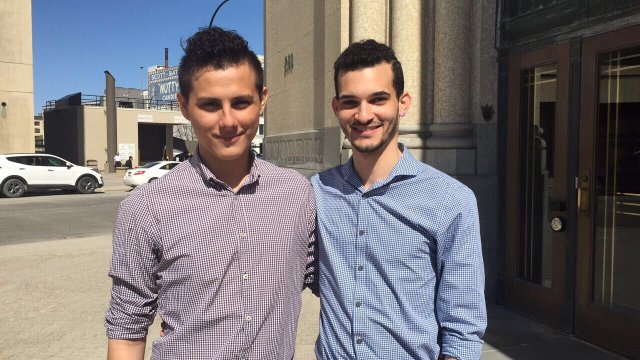 Samer Habib, right, with Partner Giovanny Penner, by Jessica B U

Human Rights Watch also welcomed Guideline 9, citing it as a more “a compassionate and realistic framework” compared to the processes described in global LGBTQI rights group Envisioning’s 2015 report on LGBT refugee rights in Canada, involving interviews with 92 LGBTQI refugees in Canada. In the report, interviewees describe invasive and threatening questioning by border control, intersections with racism and Islamophobia, demands for photographic proof of their “engagement in homosexual conduct”, as well as the after-effects of the still-controversial Designated Countries of Origins list, a list of countries deemed by the Canadian Government to “not normally produce refugees, but do respect human rights and offer state protection”.

Critics have denounced the existence of DSO, stating that there are still plenty of legitimate refugee claims coming from persecuted peoples in supposedly “democratic” countries, such as from Roma people in Europe. “Roma [may] flee Europe to escape discrimination only to find that Canada discriminates against them, too,” says Canadian Council for Refugees Executive Director Janet Dench to The Daily Xtra.

These issues are not unique to Canada: an investigation was made into the United Kingdom’s Home Office about similar problems handling LGBTQI refugees, following leaks of a document with highly invasive questions asked by the Home Office to a bisexual applicant. Meanwhile, refugees hoping to enter the United States have faced issues with assumptions that their countries of origin do not consider LGBTQI people to be marginalised. 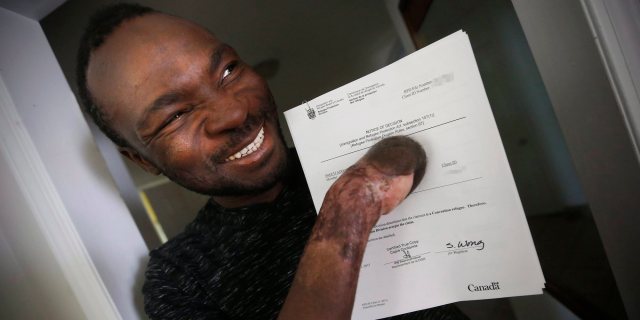 There are already stories of successful cases of LGBTQI refugees welcomed into Canada after the implementation of Guideline 9, such as Egyptian Samer Habib and Ghanian Seidu Mohammed, the latter of whom lost his fingers to frostbite while crossing into Manitoba from the United States on Christmas Eve. However, Guideline 9 is only one piece of the puzzle. A number of Canadian LGBTQI refugee advocacy and support groups recently testified to the Federal Government asking for the Rainbow Refugee Assistance Program to move out of pilot stage and into being a permanently-funded program. There have also been strong calls for the Canadian Government to take in refugees fleeing Chechnya, with even the Conservative party calling it a “no-brainer”.

In response, Canadian Immigration Department senior official David Manicom states that diplomats in Moscow are in touch with local groups working with gay Chechens, they have not received any formal requests for help getting into Canada. He also claims fears of angering Chechen regional leader Ramzan Kadyrov into retaliating by killing persecuted Chechens as well as concerns of bringing in “perpetrators” rather than “victims”, stating: “Chechnya’s an extraordinarily nasty place. No one would want to bring individuals from Chechnya without a very careful security screening.”

According to data obtained by the Daily Xtra, Canada approved 69 percent of asylum claims classified as “sexual orientation and gender minorities” in 2015, compared with an average of 61 percent in the preceding four years. This is despite a relatively small rise in claims on the basis of gender or sexual identity – 1,286 in 2015 compared with an average of 1,132 in the preceding four years. (These numbers are approximate given that many refugee claims are made under multiple categories, and some applications may have been approved on the basis of a different category.) In each year, lesbians have had more successful claims than gay men, though bisexual people have had lower success rates than either lesbians or gay men. The countries that send the most LGBTQ refugees to Canada are Saint Vincent, Saint Lucia, Jamaica, Namibia, and Albania.

It will be very interesting to see how statistics around LGBTQ refugees will change with the introduction of these guidelines, as well as the possibilities for these guidelines to influence policy around LGBTQ refugees in other countries. More compassionate options for working with LGBTQ asylum applications would go a long way towards ensuring better opportunities for refugees to seek and obtain safe haven without needing to submit to invasive and harmful bureaucracy.